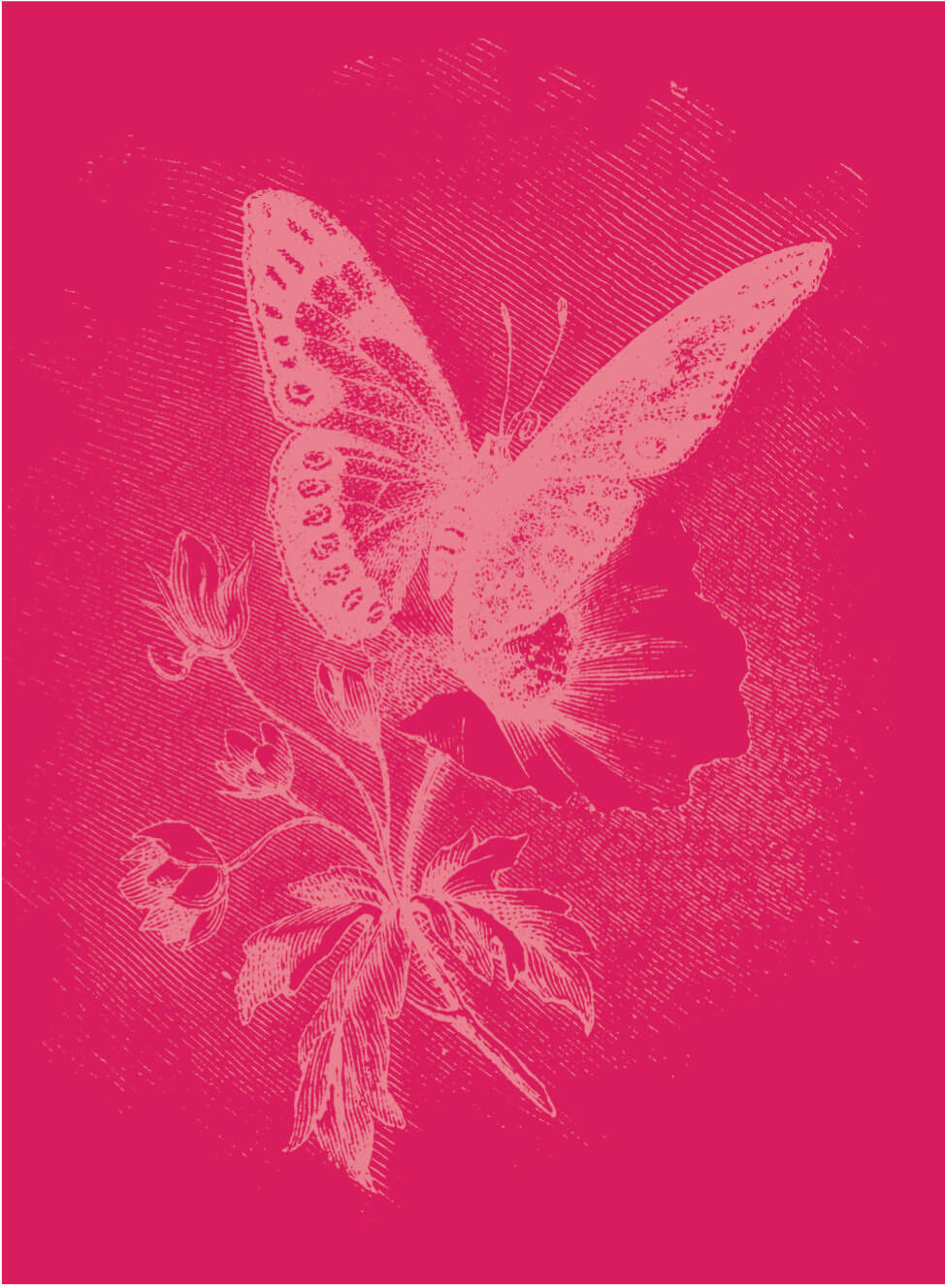 As I closed my eyes and escaped into the fantasy I needed to believe, another tingle would run through the layers of my skin. This time it was a spot I couldn’t reach. The idea that eczema would always be a part of my life and desperately depended on Black Canadian dermatologists, of which there are few. That made me itch.

Since I was six months old, my skin condition, atopic dermatitis, also known as eczema, was the topic of worry among family, the reason I would cover up with long sleeves and turtlenecks, and a constant reminder that I was different from everyone else. As a young Black woman, I wondered why God gave me two battles to fight, both that involved my skin and neither of which I could change. As I grew older, I noticed there was more to my eczema than meets the eye.

Every dermatologist I was referred to had more than a white coat. Each dermatologist I visited was white. There was a tang of white superiority waiting to override the patient’s concerns and prescribe their opinion. The stark contrast between doctor and patient made me uneasy, even at a tender age. Every dermatologist didn’t take the time to educate me about my eczema; therefore, treatment was an outlandish concept to me.

Dermatologic care must involve educating the patient early on. According to Dr. Renée Beach, a dermatologist in North York, Ontario, eczema can be treated, but the skin stains. It undergoes post-inflammatory hyperpigmentation, and that’s what brings the patient in again, claiming they didn’t get the proper care, Dr. Beach explains. Melanated skin produces more stain afterwards, and additional treatment is needed to minimize this, says Dr. Beach.

With darker skin, post-inflammatory hyperpigmentation is my reality. My eczema flares based on the Canadian seasons. Winter and summer usually tend to be the worst seasons for my eczema. The cold, dry winter weather doesn’t hug in the moisture that I desperately need. The hot, dry summer weather doesn’t believe in moisture, and stickiness becomes itchy and uncomfortable.

Dark, bold, and blotchy spots show up in the crevices of my body; inner elbows, backs of my knees, chest, neck, thighs, fingers, and more. They steal the spotlight in my photos that end up in my virtual trash can. They look like scars, dead or burnt skin. My post-inflammatory skin can get extremely dry, and moisturizing is a daily sport.

Post-inflammatory hyperpigmentation and scarring in darker skin types was not the topic of my countless dermatologist visits. I tested numerous creams, oils, balms,

and soaps, and they’ve either given me a reaction or did nothing. Patients with darker skin types need a careful diagnosis. According to The State of Ethnic Dermatology in Canada, a medical letter penned by Canadian dermatologists Dr. Boluwaji Ogunyemi and Dr. Yvette Miller-Monthrope, “The effect of traditional treatments for common and uncommon dermatoses is also an important consideration in managing patients with skin of colour. Such treatments may result in adverse effects such as post-inflammatory hyperpigmentation or keloid scarring at a higher rate than in patients with fair skin.”

The article notes that skin issues such as psoriasis, seborrheic dermatitis, and acne vulgaris are visibly different in presentation with darker skin types. In addition, postinflammatory pigment alteration can present as darker or lighter spots in darker skin. Therefore, the difficulty in assessing presentation should rely on the patient and families’ reports to avoid dismissing concerns and thus undertreating.

When Black dermatologists make up one percent of all dermatologists nationwide, it’s impossible to look after every Black patient in the country. “We need to spend time focusing on our training programs to ensure that all dermatologists, regardless of their own individual background, are qualified competent to treat patients across the skin spectrum,” says Dr. Miller-Monthrope.

Dr. Beach. Yet, if they are not exposed to brown and black skin or have not treated enough darker-skinned patients, “there is a perpetual lack of sufficient training for a group that is growing in Canada and deserves just as great dermatologic care as everybody else,” Dr. Beach says. According to Dr. Miller-Monthrope, classical teachings are that eczema is red, scaly, bumpy, and poorly defined as a rash. Redness is not always the case with brown or black skin, Dr. Miller-Monthrope observes that different hues include purple, dark brown, or even grey.

Dr. Beach says, “Whether there’s three of us in Ontario, or six of us nationwide, to take up the torch and treat all Black patients, I don’t think it’s practical at all. I think what has to happen is the other 272 dermatologists in Ontario, as they would care for any other skin type, provide their best care for brown and black skin.”

Outside of Ontario, Black dermatologists are not where you’d necessarily expect to find them. Dr. Boluwaji Ogunyemi, a dermatologist and clinical assistant professor of medicine at Memorial University, practices in St. John’s, Newfoundland and Labrador. Dr. Robin St. Clair Gray is also a dermatologist, and practices in Winnipeg, Manitoba.

Dr. Miller-Monthrope teaches at Women’s College Hospital in Toronto and tells her medical students and residents that sometimes “skin can be a window to what’s going on inside. Recognizing what that is externally can help us look for and manage things internally as well.”

Eczema and holistic specialists on social media have also educated me on my skin. For example, in an Instagram post about eczema and leaky guts, Dr. Diane Angela Fong’s (@drfong.nd) caption reads, “When the gut lining gets damaged, toxins and other harmful chemicals leak through the unhealthy intestinal wall and are transported to the liver for detoxification. This puts a burden on the liver, which then shows up on the skin as eczema.”

It’s posts like these that I come across that make me weirdly excited, despite losing years of awareness of treatments. The excitement of learning at my own pace, remaining hopeful that there are better days ahead, and using education as a portal of understanding, is refreshing.

Also refreshing is the new work in the Black Canadian dermatology landscape. Dr. Miller-Monthrope says three of her colleagues, Dr. Marissa Joseph, Dr. Erin Dahlke, and Dr. Beach, have studied the competence in diagnosing skin diseases across the skin spectrum at the medical student level. Dr. Miller-Monthrope says that since her collaborative 2017 letter, two publications have looked at the deficit of black and brown skin images within traditional textbooks used across North America in dermatology residency training programs. Conclusions draw that these images do not reflect the population at large.

A 2015 initiative looking at this conversation is the Annual Canadian Skin Spectrum Summit, a number of diverse healthcare professionals looking to serve better dermatologic care to underserved and diverse populations. The summit, which began in 2015, is rallying awareness and resources and actively filing a void.

In 2013, the Women’s College Hospital opened the first ever ethnic skin centre in Canada, which was called Esru, but due to a lack of resources, it closed its doors in 2015. “The medical community at large realizes that we need patients to have good access to culturally competent care,” says Dr. Miller-Monthrope.

There is still work to be done, but agents of change exist in this Canadian dermatology space, both physicians and patients. I am an agent of change, both as a patient and storyteller. My dual identities are parallel to the duality my skin encompasses. My skin is scarred and Black. Both of these scars, racial and physical, testify to what my Blackness endures.