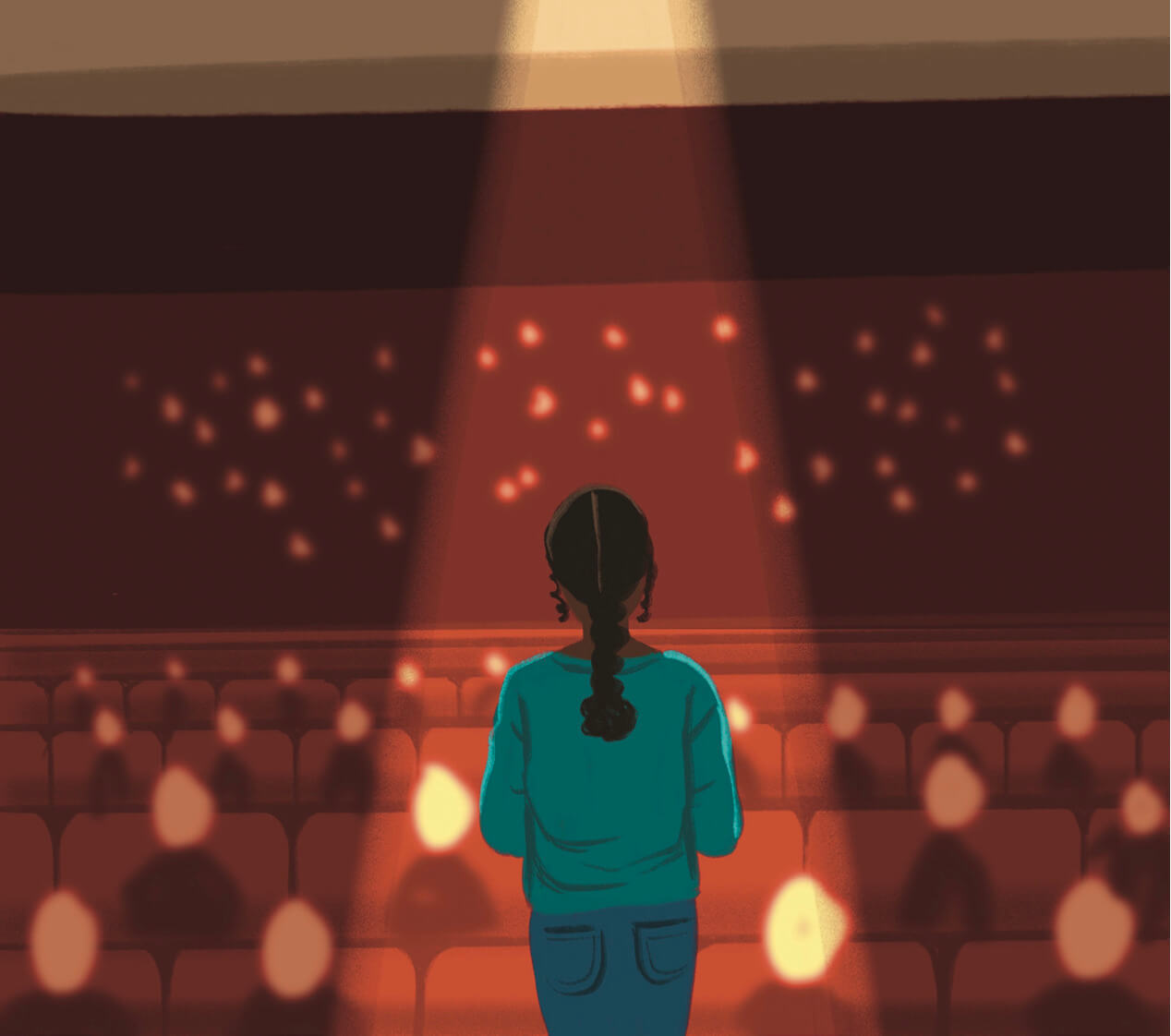 No joy is more fulfilling for me than shattering the expectations someone has of me. To be unpredictable is to be individualistic. And in my skin, standing alone as an individual gives me the chance to take solace in myself.

Because I am an unambiguous Black woman in a predominantly white community, escaping the stereotypes that are attached to my looks is not something that I usually get to do. I’m always aware. Being visible as a dark-skinned Black woman has never been an individual feat. When I enter spaces, I enter them with my sisters beside me. The unspoken rule within my community is that one of us represents all of us and it’s filled with messy contradictions. This leaves Black women under immense pressure to perform exceptionally—if I mess up, it will be a failure for all of us. My identity does not belong to just me, and I do not have the same privileges white people have when they underperform.

For as long as I can remember, I’ve been conditioned to be aware that my actions don’t hold consequences only for me. When I was growing up my mom would say, “now they’ve ruined it for everybody,” whenever someone who looked like us performed the stereotypes that were expected of Black people, specifically Black women. This played into the aspect of being predictable. The truth remains that Black people, women specifically, are not encouraged to fail and offered grace to try again. Whenever we fail it is met with beration, humiliation, and the assumption of predictability.

In my eyes, predictability was just as bad as failure.

Naturally, messing up means that next time you can disprove it. That you can shatter the expectations you’ve created by the mistake you’ve made. For me, walking into a room where people have made up their minds on my character birthed more pressure to change their minds. Inevitably, this pressure to disprove turns into a constant burden that we, as Black women, have to carry. We find ourselves being thrown into a balancing act of expectations from society while simultaneously being admired for our endurance. This leads us to be independent in the face of pain, putting our wellness at risk.

Race and class play a pivotal role in the ways one’s failure or, in my case, predictability is dealt with. There is a large amount of undeserved grace and forgiveness granted to white people. Black women do not get this kind of compassion.

The reality is that Black women are not seen as equal to our white peers, coworkers, and friends. We are judged and criticized harsher within education, the workspace, and even within our personal relationships.

My work is to disprove. I used to mistake my desire for acceptance as an act of resistance. Many Black women choose this avenue. We take it upon ourselves to work twice as hard just to get what non-Black individuals are given for doing half or less of the work.

Constantly being on alert that my presence as sometimes the only representation of all Black women in a room is an indescribable type of exhaustion.

I’ve conditioned myself to deprioritize my individual needs in service to the image of Black women that I embody. My own reasons to not be absolutely exceptional are selfish in comparison to the opportunities I may be compromising for Black women who come after me.

When I have conversations about performance and the amount of effort it takes to navigate the world as a dark-skinned Black woman, desirability politics are always brought up. Black women have high standards in beauty as well as our character, which directly influence each other.

Having dark skin specifically comes with certain expectations, most of which are prejudices that are descended from slavery. There is a standard of being less beautiful, less educated, and even being less desired in relationships. There are real-world consequences that are linked with these standards for Black women, such as receiving longer or harsher prison sentences than our lighter-skinned counterparts.

My role as the representative for Black women was made abundantly clear to me during my senior prom. During the typical routine of discussing hairstyles and makeup looks with my friends, I found out that one of my girlfriends—and another of a short list of Black women in our grade—planned on styling her hair in a way similar to several of the white girls. The details are absolutely important here. The reactions to their very similar hairstyles were dramatically different, and my friend, the only Black woman, was on the receiving end of more criticism than anyone else. These critiques were then generalized to be about all Black women. Negatively creating an all encompassing one dimensional caricature of the Black women within our circle.

From that point on, I knew that I would have to disprove the negative opinion that my peers held for us. These expectations that I held for myself are always still there and now I don’t know what life would be like if they weren’t. I can imagine, but it pains me too much to dream.

While there are some that are eager to reassure me that it is hyperbolic to assume what I do affects all Black women, this is never truly helpful. Being judged individually is a luxury that we’re not typically allowed. On the account that we are seen, they see all of us.

Having to be powerful undoubtedly remains in the act of disproving a stereotype or being able to change someone’s opinion, but having to be exceptional all the time is simply unrealistic. I want my peers, family, and those who look like me to be able to not feel that when they walk in a room they have to be exceptional to be accepted.

I used to see these expectations as being put on a pedestal, but now I see that sometimes people put you on a pedestal not to praise you, but to isolate you.

When you are constantly fulfilling the standards people have for you, they forget that you are human. The moment you make a mistake you are given a harsher reaction than anyone else. No room for error. No room for forgiveness.

My white peers who take up more space do not have to perform this way. They get to mess up, be mediocre, and thrive.

Black women deserve to be predictable, exceptional, strong, weak, struggling, and whatever we so choose. It does not define us or make us any less. It makes us humans, not the superheroes we have been so often pressured to be.