Gender Block breaks down and analyzes the latest in news about women, feminism, and gender in Canada. 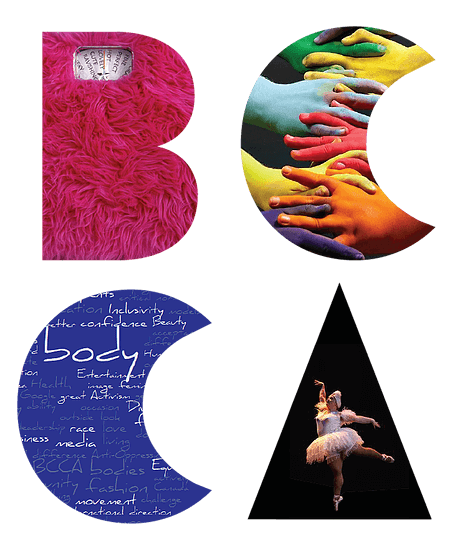 According to its mandate, the Body Confidence Canada Awards (BCCA) “advocate for equitable and inclusive images, messages, practices and policies supporting body diversity.” It’s pretty hard to argue with that mandate, unless you’re a jerk. And if the past few weeks are any indication, there a lot of jerks out there. On October 27, BCCA issued a statement of concern in regards to the TTC and National Ballet of Canada’s joint campaign “We Move You.” The campaign is meant to highlight a partnership between Toronto’s transit infrastructure and cultural organization. Campaign videos and posters showing ballet dancers on the TTC are displayed in transit stations and vehicles.

Media outlets have since cherry picked which parts of the statement to share. So, let’s break it down.

“In regards to the TTC and National Ballet of Canada joint campaign we have concerns about the body size, shape, and weight diversity, or should we say lack thereof, that this campaign unknowingly communicates. The body type of most ballet dancers do not adequately represent those of most Canadians and dare we say most TTC users.”

The argument here is, “Well they are dancers and train all day.” This is true, and yes, dancers work hard at what they do and it requires discipline a lot of us don’t have. In cases like that of former National Ballet of Canada company dancer Kathleen Rea these bodies are also suffering from eating disorders. In a Huffington Post article titled “How My National Ballet Career Led to Bulimia,” Rea writes about her experiences: “My required performance weight was 105 pounds, and at 5’6″ that was bone thin. My ballet mistress told me that I needed to be thinner than the other girls because of my ‘larger’ breasts (my cup size was B!)” Rea starved herself, and then began purging; she even considered cutting the fat from her thigh with a knife. After finding an eating disorder therapist she told the company she was in recovery. They told her she was “far too fat to appear on stage” and that she had “embarrassed the nation of Canada on the international stage.”

“While we completely agree with the intent of message: one of acknowledging and celebrating Toronto arts and culture, we believe initiatives like these, executed in this manner, continue to perpetuate unrealistic and highly regimented bodies as some sort of an ideal of ‘beauty’ and ironically more specific to this ad they become signifiers of some sort of higher ‘art’ and ‘culture.’ It is also well documented that ballet as both an art form and as a sport is not inclusive to differently shaped or weighted bodies traditionally. While we know some alternative ballet exists that feature differently sized bodies for instance, it does not receive the prominent attention nor the distinct ranking that institutions such as National Ballet of Canada would enjoy.

Our critique is not a dislike of ballet. We want to make that crystal clear. We have attended ballets and quite enjoyed them—though we did leave lingering to see more progressive shifts in body diversity. Our critique is a challenge to you to reflect on what version of “enhanced beauty and movement” is being privileged in this ad for public consumption by the public TTC. And what about those who will never embody this mould? Are they equally moving, beautiful symbols of Toronto’s thriving cultural fabric?

Many TTC users in their daily movements who identify as fat, racialized, disabled, elderly, and pregnant have experienced varying forms of body-based discrimination, sexual harassment, fat and body-shaming, or simply rude treatment where they are not given seats even in designated priority areas based on their mobility needs.

We do not believe this campaign reflects how users of the TTC “move” regularly. We have had many pleasant experiences on the TTC and in our city travels but sadly the negative experiences can have lasting consequences. ”

If thin, white, Eurocentric bodies were not the only ones we already see plastered everywhere on the sides of buses, magazine covers, and billboards, this initiative wouldn’t need to be called out. BCCA isn’t saying the bodies in this campaign are wrong or do not deserve to exist, as implied in this Toronto Star article. Instead, they are suggesting it would be great to see other bodies represented as well.

Jill Andrew, BCCA Co-Founder is not making this stuff up for fun. Maybe she wants to change the culture where it is socially acceptable for someone to call her a “fucking fat black bitch.” A horrible thing to say, right? Not the norm, right? I would love to think that too, but these words are continuing to be thrown her way as a response to the articulate, hospitable released based in valid concerns, experiences, and research.

Additionally, BCCA is not simply ‘complaining’ without offering suggestions to accommodate everyone:

“An ad like this could have been made more inclusive with the addition of non-professional or professional children and adult dancers of differing sizes, shapes, ages and abilities dancing with the National Ballet dancers in the video. THEN we would be seeing MORE of Toronto’s superb beauty, art and culture in motion in collaboration with National Ballet’s principal dancers.

At the end of the day if you want us—TTC users—to be ‘moved’ by a campaign like this while we are ‘on the move’ we MUST SEE OURSELVES.”

The backlash Andrew and the BCCA organization has received is appalling. In response to the suggestion that other bodies should be represented as well as the thin Eurocentric ones has been met with fat shaming and hate; in other words, BCCA’s message has been met with the reason their fight is so important.

A former This intern, Hillary Di Menna is in her final year of the gender and women’s studies undergraduate program at York University. She also maintains an online feminist resource directory, FIRE- Feminist Internet Resource Exchange.