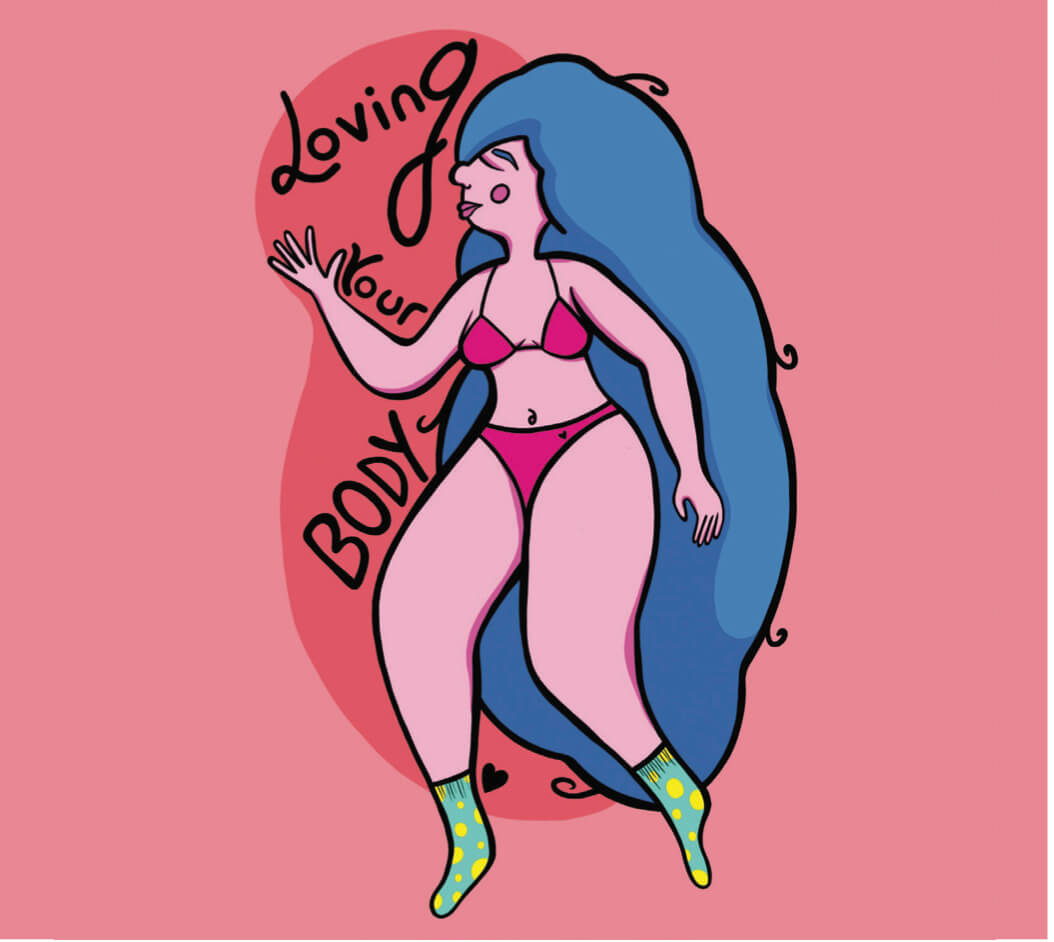 Michelle Kosak comes from a long line of artistic talent. Growing up, she remembers how her father inspired her and her brother to follow in his creative footsteps. Despite her artsy flair, she remembers kids at school bullying her about her appearance throughout her childhood. She eventually developed an eating disorder that stayed with her into adulthood. While attending Toronto’s OCAD University, she decided to channel her artistic talent into creating a series about insecurities, something she had dealt with first-hand but also something others could relate to. The series was titled Grotesque Gorgeous and featured several brightly-coloured and exaggerated illustrations highlighting how people’s perception of their flaws is warped and emphasizing the preoccupation people have on a “quick-fix” mentality to correct their flaws.

“What we’re insecure about, it kind of makes no sense.… No one else that looks at you sees that. So, I just kind of wanted to make it absolutely ridiculous,” Kosak says.

The series’ illustrations depict common insecurities people may have such as being too short, experiencing baldness, or having a small chest. When preparing for the series, Kosak realized how one’s personal insecurities are often unnoticed by those around them, but exaggerated in the minds of those experiencing them, especially with the presence of social media and influencer culture.

“Talking to other people and hearing what they’re insecure about, like, their nails are too fat, or their toes are too long… it’s like, I’ve never in my life thought about that,” Kosak says.

Now, Kosak is working on an upcoming picture book for adults, which she hopes to self-publish through Amazon by April 2022. The book, which is tentatively titled F*uck Yes/F*uck No: A Quick Guide to Life Decisions, will include comical illustrations to help individuals with their decision-making through life’s good and bad. The book will touch on issues of self-image and building one’s self-esteem among other topics, which Kosak hopes will encourage others to grow their self-love and acceptance.