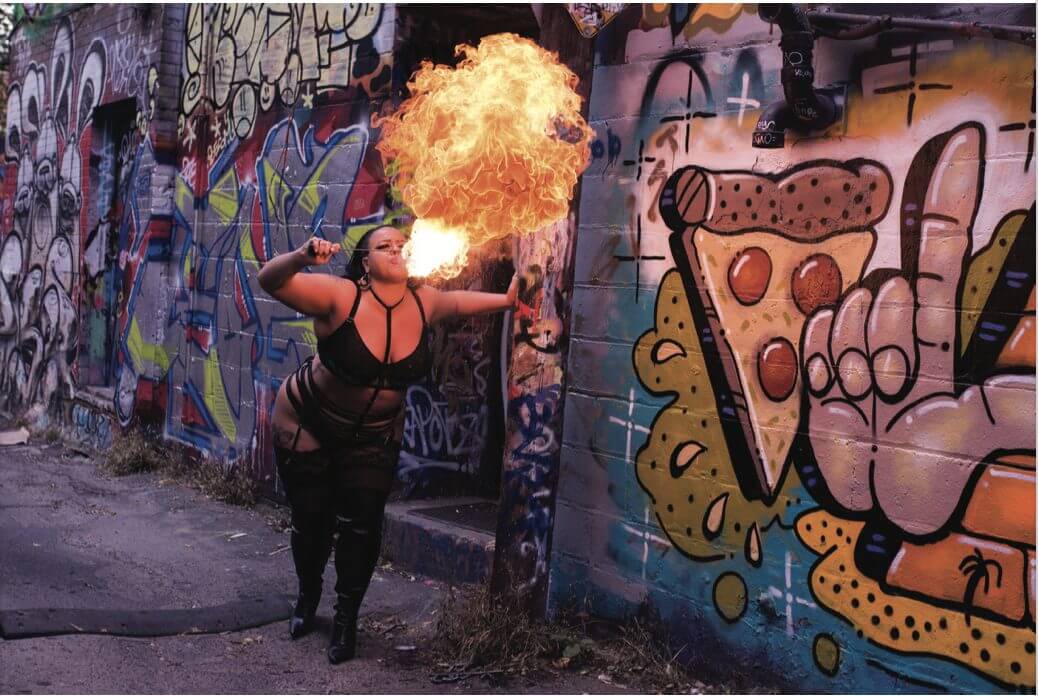 Body positivity can be a harrowing but joyful process. Shana Myara made it a life goal. “I gave myself a project where I could fully explore fat liberation with other queers,” says Myara, director of the documentary, Well Rounded. “Particularly from the lens of racialized queers who might also have a critique of how bodies are expected to conform.” In her first full-length feature film, officially released during the pandemic in May 2020, Myara offers an unapologetic and honest look at our culture’s obsession with diet culture and the systemic issue of fatphobia.

Over the phone, Myara acknowledges she is calling from the traditional territories of the Musqueam, Squamish, and Tsleil-Waututh peoples (Vancouver). She explains that she came to the idea of Well Rounded when she started to hate her own body—outside of her home. “I realized I was not taught to hate my body in my home,” she admits. Myara remembers growing up in her Moroccan household as they spoke about themselves as “large” and fondly referred to their thighs. “Quickly, I learned from a young age, the way I had to view my body outside the home was very different.” This contrast became the catalyst for Well Rounded, as Myara explores how our cultural backgrounds affect our relationships to our bodies.

Using a mix of personal interviews with queer Indigenous comic Candy Palmater, multidisciplinary artist Ivory, model and stylist Lydia Okello, and queer Taiwanese-Canadian activist and storyteller Joanne Tsung, juxtaposed with playful, colourful animations by Hungarian-Russian illustrator Alexandra Hohner, each emotional story weaves together over 60 minutes of compelling facts and narrative in a genre-bending flow. “It turned out to be one of my favorite parts of creating the documentary,” Myara gushes. “The surreal and the fantastic sometimes more accurately represent what we experience internally.”

Since the film debuted in October 2020 at the Inside Out LGBT Film Festival in Toronto, Ontario, during the COVID-19 pandemic, Myara admits it has been a hard season and that since shifting online, some festivals have scaled back their programming. She believes there has been a lost opportunity for discussion related to body politics, and the chance to have a collective celebration of our bodies. But in the meantime, Well Rounded is being shown across Canada, with screening and festival applications underway for 2021.