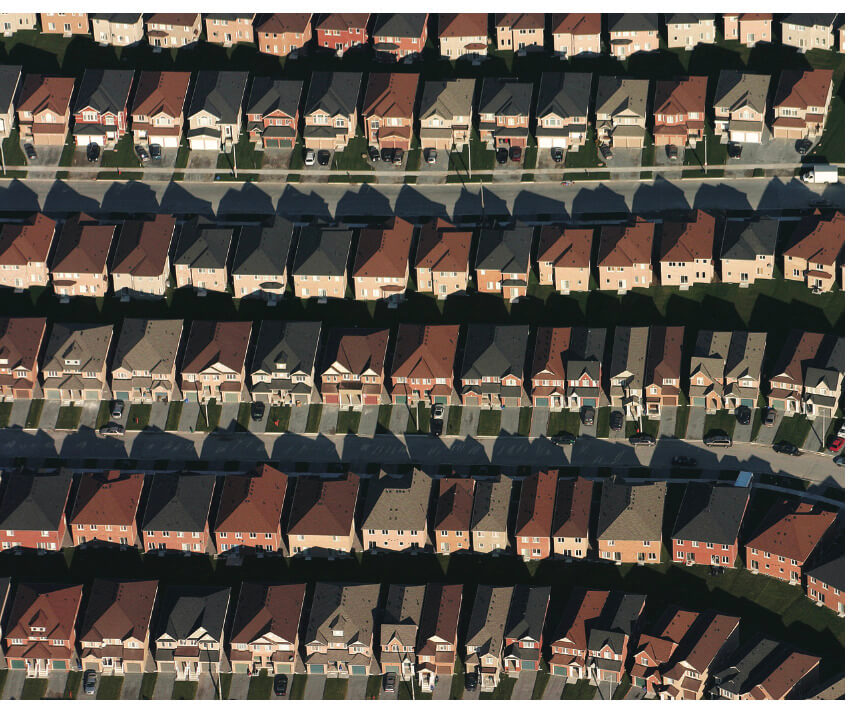 The excavators were a sore sight. Each machine with its little claw dug into the earth, ripping out the vegetation that grew in place of the usual rows of corn. Just like that, another piece of farmland in Markham, Ontario would be turned to houses.

“I’ve had this for eight years,” I tell my boyfriend, dismayed, that I can’t bear losing these fields. They hold an unobstructed view of the brilliant blues of the sky. On some nights the big dipper lays low, just above the clearance of the field, guiding me home. The plot of land is not much more than one kilometre—too short to fill up a whole block, but a little too long for a novice runner.

The field is a glimpse into a world that is more than just semi-detached homes and townhouses, each worth more than the average Canadian can afford. Unionglen is going to be yet another new subdivision, among the list of communities with names but no personalities: Greensborough, Wismer Commons, Upper Cornell. These subdivisions dominated the growth of Markham, a city marked by incessant urban sprawl that had devoured one farmland after another. A city with cookie cutter homes and frustrating public transit, common veins amongst many suburbs. And yet, I found home in this city.

Home is an elusive concept when you’ve lived in more than five cities before the age of 18. It wasn’t until I was on the cusp of adulthood that I finally felt firmly at home. Right here in Markham. A few years after my family relocated here from British Columbia, we moved into a new subdivision at the edge of town, surrounded by farms and other undeveloped land destined to become yet more pockets of houses.
I memorized the streets and landmarks. I knew which buses to take to get from point A to B—A being our house and B being Markville Shopping Centre, the crown jewel of the city for a 17-year-old with nothing better to do with her time. I knew the opening and closing times of all the important stores and the nearby branches of Markham Public Library. I learned that you never want to drive down Markham Road between 14th Avenue and 16th Avenue during rush hour, unless you have an extra 20 minutes to spare. If you want a quiet place to study, you go to the Angus Glen library branch or Cornell—never Miliken Mills. If you want to sit down at the food court at Pacific Mall, instead of waiting ages for a spot to open up, you take a seat at the stage even though the sign clearly says you are not allowed.

Since immigrating to Canada from southern China in 2004, my life has been a frenzy of learning a new language and blending in, so no one can pick me out from a crowd to call me an outsider. When I grew comfortable in Markham, I embraced it with every fibre in my muscles.

“What’s in Markham?” people would ask. They didn’t understand its appeal over a much more vibrant place like Toronto.
“Not much,” I’d say. “But I love it.”
But right when I finally knew what home was, I moved away again.

The next seven years were earmarked by dizzying trips between London and Markham, then Kitchener, then Windsor. I witnessed the aftermath of Markham evolving, growing bigger. Each time I returned, there was something I didn’t recognize. A Whole Foods, a Chatime, a new supermarket. Restaurants opening and closing and more houses built. Subdivisions were sold out before the foundations were even laid. I was the tetherball flying far from the pole, swinging round and round the thing I identified as home, but yet never truly returning.

I spun around the one constant: my favourite stretch of fields from Kennedy to McCowan Road. Each summer, the newly planted corn climbed upward. When I drove westward, the valleys between rows called to me to get lost in them. After a heavy snowfall, a soft blanket of white cast over the harvested field and I wondered what life would be like if I could just lay in the centre of it all.

Just before I turned 25 in 2019, I finally returned home to Markham. Like many people my age, I came back to town to mooch off my parents after my fantasies for my adulthood dissipated. The intersections and major landmarks were the same. I could still drive around without GPS and the store hours hadn’t changed. But I realized that while I was busy growing up, I was also growing apart with a different vision for my future.

My ideals are now vastly different from that of my parents, whom I had never learned to see as people and more than just parents, until a significant amount of distance was put between us. I find myself disagreeing with their views more and more, even in the ways they sometimes parent my sister who is still in high school.

I’ve turned from someone who dreamed of living in a new home in a sparkling new subdivision in a suburb just like Markham, into someone who craves a sense of community, wants to be able to walk to stores instead of drive, and uses the word “amenities” to mean something more than just a gym in a condo.
Between 2001 and 2016, Markham’s population grew by almost 58 percent. In 2016 just over 45 percent of people who call Markham home cited they are Chinese. In Markham, I am not a minority, but a majority. Yet somehow, the feeling of alienation is the same. The fields had made it feel more like home, but now they are changing too.

Unionglen will be replacing open views of the sunset. The houses will be flanked by a golf club, Markham Fairgrounds, and more fields of corn, some listed on the market, if not already sold. Its predecessor is one of my favourite things about this city. Now that it’s vanishing before my eyes, I’m forced to face the truth. I’ve outgrown Markham. While I had happily adopted Markham’s bedroom community characteristics as things to love, I’ve become disenchanted with the way it has transformed over the years.

The realization is just another confirmation of a label I’ve worn for years: a person without roots. To lose home for the umpteenth time will not hurt much more than a sting. A sting similar to the one I feel when I realize that I do not remember what China looks like beyond the apartment I lived in. Or the ping in my chest when I ponder if I will ever find a place where I know for certain that I belong.

I will be 27 soon. I moved out of my parents’ nest this year. When people ask me where I’m from, I reflexively say Markham like I have for the last decade. But each time, my answer is tinged with the heartache that the city has become just another name on the list of places I’ve lived.