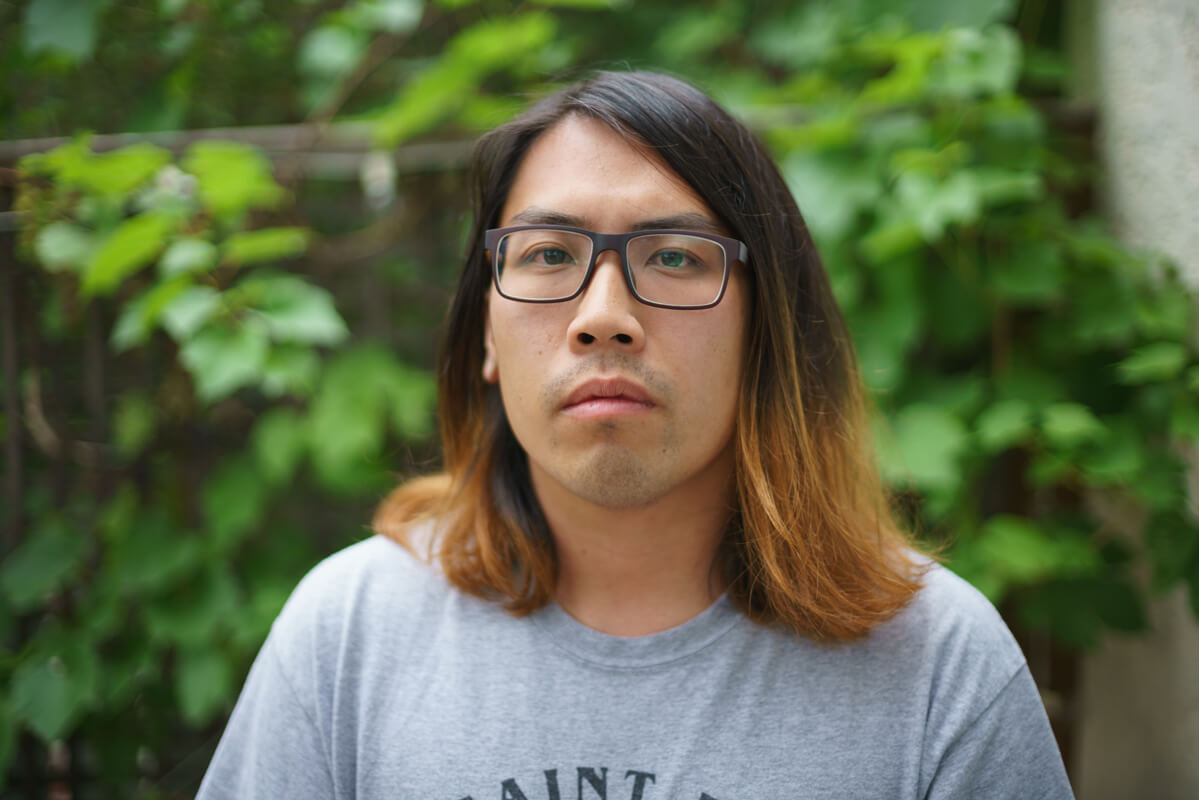 Photo courtesy of the author

As inventive as it is high-spirited, Beggarly Style will remind the reader of earlier Canadian experimental works, such as the poems of Margaret Christakos or the novels of Peter Dube, as well as works by the next wave of experimenters, like Chantal Gibson or Richard Van Camp.

Ultimately, however, Ah-Sen’s writing is on its own, solitary path. A dazzling stylist, Ah-Sen sets himself apart by being far more baroque than CanLit usually allows. And for that, In the Beggarly Style of Imitation ought to make it to all the fall prize lists on audacity alone.

THIS: Where and how did this book start?

Jean Marc Ah-Sen: It started from a low point of failure. I started messing around with a novel-collection hybrid about a decade ago. The idea was to have a novel build in alternating chapters of a short story collection. I’ll be the first to admit that it was a little ambitious. It was meant to be a self-directed apprenticeship in writing via imitation, because every chapter was written in a different style. Every writer starts there, imitating their heroes I mean, but I never seemed to shake it off as an artistic practice. I sold the novel portion in 2014, which became Grand Menteur, but was left with half of a book with no home. I couldn’t place it anywhere for five years. That’s a lot of rejections – some of them are still trickling in. I quietly “retired” from writing because the industry was too much aggravation for me. When my peers and friends started landing new book deals, I felt I was getting left behind in the dust. I’m off the wagon again I guess. Just don’t call it a comeback!

THIS: So much of this book is about art and art making. What draws you to questions of aesthetics?

Jean Marc Ah-Sen: I’m a failed cartoonist, so I think the aesthetic question is essentially built up on a foundation of regret and artistic ineptitude. I’d often hear advice growing up that in order to produce objects of aesthetic notice, you had to stop consuming them. Writers only reading non-fiction for the sake of the craft (no fiction ever!), painters living in seclusion and away from distraction, that sort of thing. You had to hunker down at the cost of any kind of leisure pursuit, or the jig would be up. There are too many rules in writing, and they often go uninterrogated. I opted for the best of both worlds, and started writing about my consumption of art and the ideas that underpinned them.

THIS: How did you construct this book? Create “through lines”, so to speak?

Jean Marc Ah-Sen: Each of the chapters is an analogue with another piece of writing I admire. My story “Underside of Love” is built around the plot of Austin Clarke’s story “Give Us This Day: And Forgive Us,” for example. “Swiddenworld” riffs on Joyce’s letters with Nora Barnacle and explores my real life entry in the world of art collecting. There’s also a fan-fiction piece called “The Lost Norman” that adds to the colourful filmography of 1950s screen juggernaut Norman Wisdom. Once I had an idea about what tradition I was going to be participating in, whether it was romance, political drama, the picaresque, etc, I had a firm idea of what the parameters of the story would be. The fat was in the fire by that point.

THIS: Is the modifier “experimental” enough? Does it mean anything anymore? I ask because your book is being called (including by me) an experimental text.

Jean Marc Ah-Sen: I’ve never viewed my writing as experimental, if you can believe it. I just write from my area of interest. I can understand why the designation would apply though. It’s easy to get pigeonholed into something like that if you’re not earnest in your writing, not writing matter-of-factly. I have absolutely no issue with that sort of fare, but the monopoly it has on what constitutes “mainstream fiction writing” is I think more than a little undeserved. The history of world literature beyond the last 40 years should serve as some confirmation of that. It’s not so much that I’m only interested in the avant-garde as I am very up front about where I’m coming from. I’ve never hidden my influences, which are, I say it rather proudly, very far-ranging. I’m as experimental as being partial to more than one flavour of ice cream. 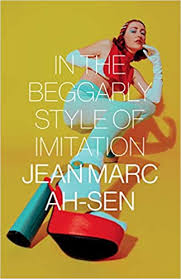