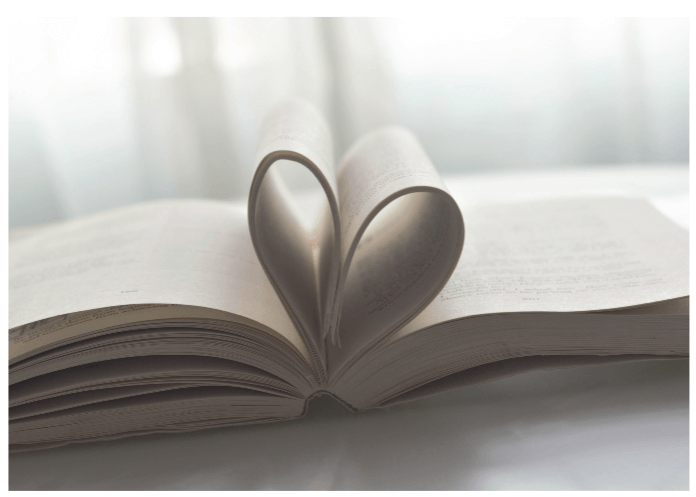 When you are diagnosed with a terminal illness there is a lot of talk about leaving a legacy. Some people write letters to their children. Some record videos. I have a pretty active Instagram account and have blogged for decades and hope my daughters will enjoy looking back on that. Some things older women living with the same disease as me worry about just aren’t on my radar. Some worry that they won’t be around to see their children get married or meet their grandchildren, for example. Those aren’t the sorts of legacies I’m most immediately concerned with.

When I was first diagnosed with Stage 4 breast cancer, one of my biggest fears—aside from the obvious one of dying—was that there were so many books I would miss out on reading to my three young girls. This was in 2016.

Fast forward to this year and my respite in stability has come to an end. The cancer has spread. It has always been in my ribs and back but now it has spread to my hips, legs, and possibly other places—at this point it is hard to keep up. I break ribs when I sneeze. I walk with a cane and need a wheelchair for any distance further than up the stairs to my bed. There is talk of hip replacement surgery. I am 43 years old. My daughters are 11, nine, and six years old. It is terrifying.

I was already a huge Harry Potter fan when I was diagnosed and so that was on the top of my list. That series got me through a dark time in my 20s and I have a special place in my heart for it. The winter of my diagnosis, while I was going through chemo for the first time, I started my oldest, who was turning eight, on her Harry Potter journey. I kept thinking, “just let me live long enough to read all the books to my girls.” My younger daughters were five and two at the time, so they were too young to start just yet.

From there, I made a list of books I wanted to read to my daughters. Reading together has always been our thing. I was never a mom who wanted to get down and play; I was always more interested in sitting us down and reading. My girls knew that I would usually drop anything if they asked me to read to them. I remember years ago asking my oldest daughter if she would still allow me to read to her even when she was reading chapter books on her own. She is in grade six now. And yes, I still read aloud to her when I get the chance. (However, my headstrong middle daughter has informed me that she is too old for me to read aloud to her.)

Back to these grandchildren I’m barely thinking about—maybe it is being part of a different generation than the older women around me, but I don’t really have the same worries. I had children because I really wanted to be a mom, not because I wanted to be a grandmother. Even if I was to be alive, those sorts of things would be out of my control. I would hate to wrongly pressure my girls into getting married or having children when those might not be things they ever want to do. When I had my first daughter I used to say I wanted to raise children we could enjoy the company of as adults. Now I want them to grow up and be happy despite the fact that they will have lost their mom at an early age.

The only legacy that feels right to leave them is a literary legacy. A shared love of books that we have read together. I like to think this would have happened even without a terminal diagnosis but with it the pressure is on to make every moment -—even moments spent reading—count.

Second on my list, after Harry Potter, was Anne of Green Gables (like a good Canadian). I tend to gravitate towards the classics and reading the entire Anne series is such an enjoyable way to learn about growing up as a smart, determined girl.

The Little House [on the Prairie] series came next, even though I hadn’t read it as a kid. I have since read the entire series through at least five times, and while there are definitely problematic parts to it, like the attitude towards Indigenous peoples, I like the discussions it creates in our family. For a while there a lot of conversations would start with: “What would Ma or Pa Ingles do?” (The answer is usually that they would just shut up and get their work done. It’s a little odd to compare our modern plant-based family to a pioneering family that existed 200 years ago but if Laura and Mary just ate what was put in front of them and cleaned the table afterwards without complaint then I’m going to use that as an example to get my kids to do the same.)

A Little Princess, A Wrinkle in Time, The Secret Garden, the The Dark is Rising series, the Green Knowe series, The Wolves of Willoughby Chase, Little Women, Pride and Prejudice, Jane Eyre… Most of these I have read to at least one of my daughters. Many more new-to-me and modern books have been added to the list, too: The Graveyard Book by Neil Gaiman, The Swallow: A Ghost Story by Charis Cotter, which have sparked discussions about ghosts and death. The All-of-a-Kind Family series which has taught us about the Jewish faith. One Crazy Summer by Rita Williams-Garcia, about the Civil Rights Movement in 1968 Oakland, California. There is a lot more representation in modern books about people who are not white middle-class Canadians, so even though I like to give my daughters a thorough education in the classics it’s good to not limit myself to them. We are all learning together.

My 11-year-old and I are currently reading through a number of historical mystery series: the Maisie Dobbs series by Jacqueline Winspear and the Lane Winslow mystery series by Iona Whishaw. It is really fun having someone in the family enjoying these more mature books and I’m so glad I have lived long enough to move away from children’s books and am still here to expand our literary experiences.

As the girls get older the things I want to share with them has changed. It isn’t limited to books anymore, but also music and movies. Each child is so different that what they want me to share and what makes sense to share with them is different too. For example, I started watching Downton Abbey with my 11-year-old earlier this year. I’m not a huge fan of TV but it’s been fun to watch it together and talk about class structure and the amazing costumes.

My nine-year-old daughter has a love for superheroes (after watching Wonder Woman she decided she wants to be an Amazon warrior when she grows up) and we spent the past couple of seasons watching the entire Marvel Avengers movie series.

My youngest is the one who would not have remembered me had I died when first diagnosed. She’s now six-and-a-half. To her I have passed down my love of musicals. She can spend the day complaining that the kids in her class are too loud—even with her noise-cancelling headphones—then come home and turn Hamilton: An American Musical on at full volume in her bedroom.

I’m grateful that they all share my love of Harry Potter. “Mom, when you are a grandma will you teach my kids about Harry Potter?” my middle girl recently asked me. I didn’t really answer. I said I would like to, but I think even she understands on some level that the chances of me being around then are pretty slim and I refuse to lie. I wish I could say yes and know that I will meet these mythical grandchildren someday but I can’t. It’s hard.

You think when you have children you have all this time with them, but it isn’t necessarily true. My fear is that all they are going to remember about me is how my illness coloured their childhood with the looming threat of death. They are terrified when I sneeze that I am going to break a bone and they have all but resigned themselves to the fact that I’m not much fun. Some days all I can do is get out of bed and feed them lunch, while other mothers are out attending Terry Fox runs and volunteering at the school. But books are something I know, and reading is something we can do together; even on my worst days we can snuggle up and read something. As Sirius Black says in Harry Potter and the Prisoner of Azkaban, “The ones who love us never really leave us. You can always find them, in here.” Sirius points to his heart when he is saying this but I believe that the ones who love us can also be found in the pages of a book long after they are gone. At least that is what I hope for my girls.