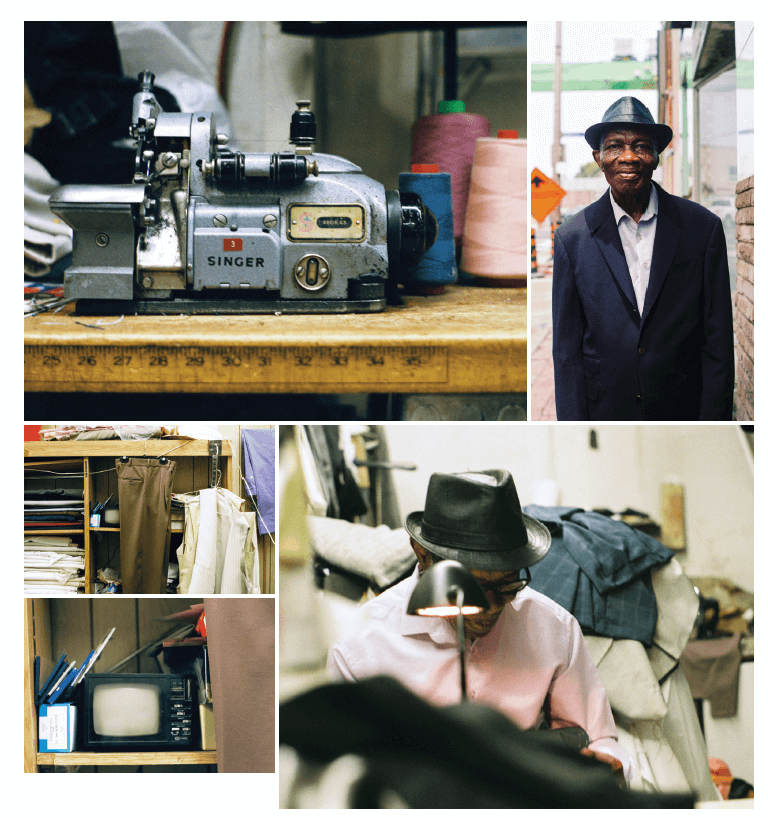 Living in Toronto means I’m not too far from Jamaica. Not because geography affords proximity, but because the presence of the diaspora has made itself known. Over 200,330 people of Jamaican descent reside in Toronto alone, and that’s evident by the countless restaurants, small businesses, specialty shops, and grocery stores that populate the city. Though people who have migrated from the island have settled all over the country, in the 1970s during a heavy period of migration from the Caribbean, select pockets of neighbourhoods in Toronto were concentrated with people from the region. One of those neighbourhoods was Little Jamaica.

For a few months, when I was around seven years old, I lived right off Trethewey Drive, a street in Toronto’s west end, inside a low-rise, yellow-brick apartment with my mom, aunt, and cousin. Every other weekend, my aunt would drag us to Eglington Avenue West to get her nails and hair done, and over time it became my favourite spot to grab pan chicken cooked in the recognizable repurposed oil drums just like back home. The Little Jamaica community, which stretches from Eglinton Avenue West and Keele Street to Eglinton Avenue West and Marlee Avenue, was known for its vibrant Caribbean community and the proudly Black-owned businesses that once lined its streets. However, due to the almost eight-year, ongoing construction of the Eglinton Crosstown LRT, with aims to make travelling between the east and west end of the city easier, the area has been subject to a decline in business, and questions about the preservation of cultural heritage and legacy are being raised.

I began thinking about preservation and archiving. How many first-gens who share complicated hyphenated identities have to explore the histories of where they come from outside our home and native land, have to do so of their own accord, even if those seemingly distant histories are deeply bound up in the Canadian experience. Canada’s 1955 West Indian Domestic Scheme? The Jamaican Maroons in Nova Scotia during 1796? Those histories exist outside of our educational curriculums, and if we’re not aware of our own stories, whose job will it be to pass these narratives on to the generations that come after us?

Last summer, I was granted an opportunity to add to the ways we chronicle our histories. Fabienne Colas, a Montreal-based Haitian actress, asked, “What does it mean to be Black in Canada?” Through the Being Black in Canada program, run through her self-titled foundation, she gave emerging and first-time film directors an opportunity to explore what those answers could be. There was an unshakeable sense of urgency that made me want to focus on Little Jamaica, which had rapidly turned into a neighbourhood that was in a perpetual state of uneasiness and erasure.

I didn’t anticipate my film, Tallawah Abroad: Remembering Little Jamaica, becoming a project that consumed me in the ways that it did. Not because filmmaking was a daunting and challenging feat, but because I knew that, beyond filming, the people who lived, worked, had families, and were part of this community still had to contend with their realities. Despite documenting what this neighbourhood looked like two summers away from its scheduled completion date, people still had rent to pay, people still had mouths to feed, people still needed to survive. The almost eight-year task that has been creating an extended LRT line has entirely depleted the character of a community. What will be left of what we’d made of that space beyond a mural, a stationary roadside plaque, and the renaming of a back alley to Reggae Lane? In the eight months since I’ve filmed, shops have closed, lives have changed, and an important pillar of the community—Ronald “Jimmy” Ashford Wisdom—has died.

This all made me begin to think more about who gets archived in the collective Canadian, or even Toronto, memory. Whose cultural legacy and heritage are etched into our public and national consciousness? Canada touts diversity, by virtue of its immigration policies and the many Black people and people of colour who benefit from them, as its biggest asset. But it simply sees diversity as something to be achieved, a checkmark made to signify completion—and little thought is reserved for thinking about how and what diversity looks like in practice, beyond nation building or adding onto the national mythology. When we’re no longer of use for domestic labour, seasonal agricultural work, or any other surface reasons, are we not still worthy of being remembered?

I’ve discerned that much of the Black experience historically has been living in transit. We were kidnapped from the continent and brought to foreign land by force, through blood, and over hills and valleys too. We seem to be forever engaged in a never ending race towards freedom both literally and metaphorically. And this hasn’t changed from our contemporary realities as we come to know them through the plights and familiar stories of our migration. Though we may leave any area we’re in for an array of reasons, we seem to be a restless people, always running towards or away from something, but always with the ability to recreate home in the most innovative ways. Is it cruel irony that in the case of Little Jamaica, a transit line largely for other people is prioritized over our own sense of belonging? Perhaps.

I realized the process of etching who we are and what we’ve done into a collective national imagination is a bank of knowledge that is to be created by our own hands and powered by our own voices. I mean, who can tell the story of the paradoxical Black experience better than us? We’re made to feel both hyper visible and invisible. Our community is everywhere, but nowhere. We are known and unknown, and maybe that aspect of our identity makes us unique.

Perhaps Canada shouldn’t rest on its diversity and multicultural laurels too much if it means we don’t actively preserve the cultural legacies of the people who colour the nation. When the people who have been responsible for documenting the history of this nation are not intent on honouring the lives of people who have contributed to its tapestry, they take away from the possibilities and power of what could become should those stories be heard. The table’s big enough, and we should have a seat too.