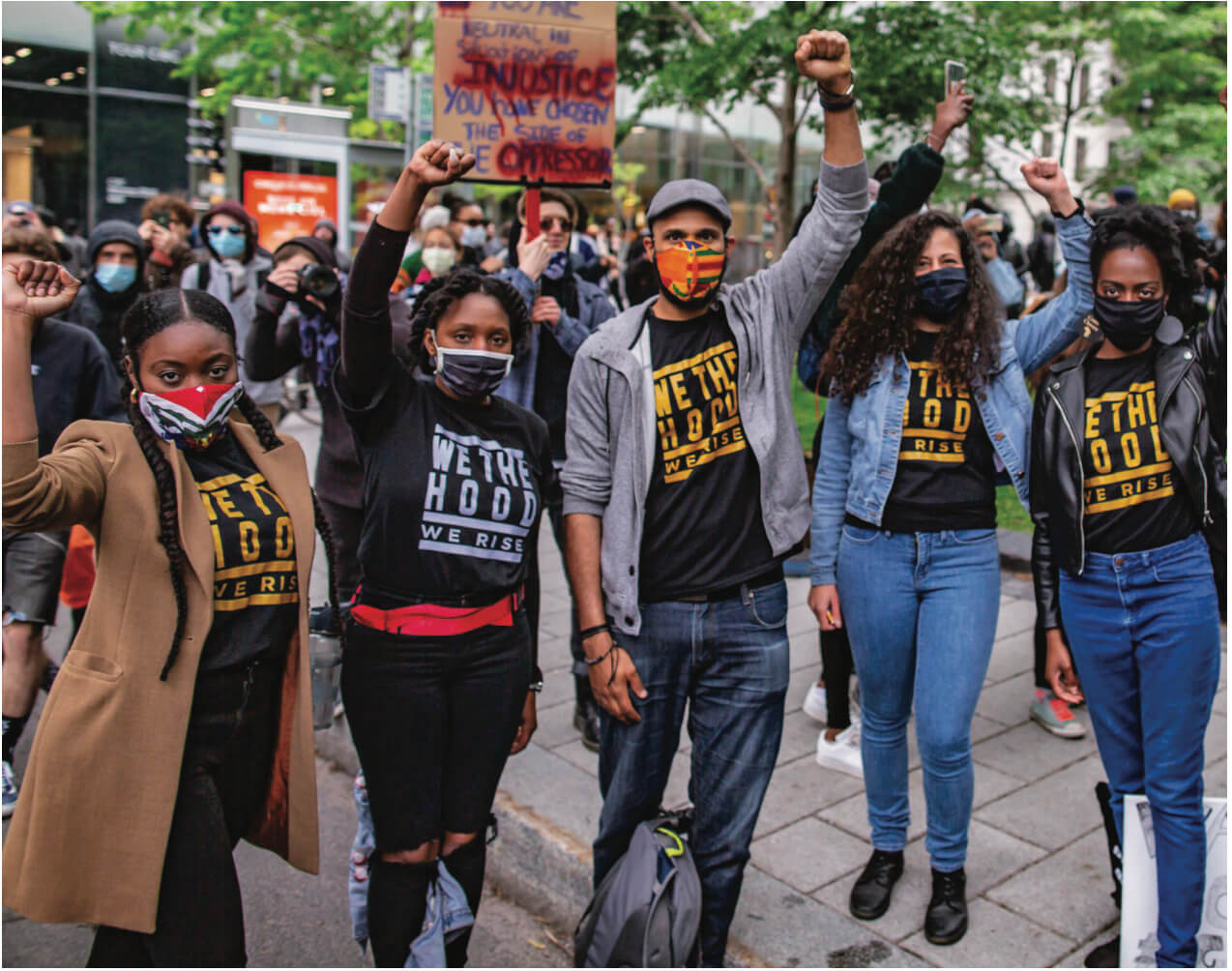 A late summer day in 2008 changed everything for the community of Montréal-Nord, a multicultural suburban borough in the city’s north end. Fredy Villanueva, an 18-year-old Honduran refugee, was shot and killed by a police officer in a park. The shock of his death rippled through the tight-knit neighbourhood, sparking immediate outrage, rioting, and protests.

Cassandra Exumé, currently the General Coordinator at Hoodstock, was the same age as Villanueva at the time. She remembers watching the borough she associated with childhood summers on the news, erupting in pain. Montréal-Nord was at a breaking point.

“The same day that there was the demonstration here in Montréal-Nord, Guillaume Hébert, Nargess Mustapha, and Will Prosper [Hoodstock’s co-founders] were just like, okay, we’re talking, we’re sad—but let’s build something from that sadness,” says Exumé. “We’re in pain right now. Just to make sure that this never happens again, what can we do?”

Out of those urgent conversations, Hoodstock, the grassroots neighbourhood collective, was born. It was first called Montréal-Nord Républik, Exumé explains, raising a little fist with a smile on “Républik.” The current name proudly puts “hood” at the front, riffing off the collective and the musical association of Woodstock for the rhyme.

Montréal-Nord, the neighbourhood Hoodstock calls home, has long been stigmatized, overlooked, and underestimated. Many residents are low-income and/or people of colour, with 42 percent of the community identifying as immigrants, according to the 2016 census. While the borough is strongly francophone, many members of the community are multilingual.

The organization runs on a “for us, by us” philosophy, with a BIPOC and immigrant-led team. Hoodstock organizes community meetings, consultations, and projects, often does workshops in schools, and organizes social events. They’ve recently moved into an open-door neighbourhood office, responding to their neighbours’ needs (such as helping them register to get a provincial healthcare card, enroll in government French classes, or resolve conflicts) as they arise or as they stop by. In the past year and a half, those needs have shifted dramatically.

Over the course of the pandemic, Montréal-Nord has experienced the highest concentration of COVID-19 cases in the city, with 12,199 cumulative cases per 100,000 people. In spring 2020, Hoodstock saw that many community members were being left behind by the federal and provincial government’s pandemic response, so they sprung into action.

“Could you imagine [experiencing the pandemic as] someone who doesn’t speak French or English, who is new to the country?” says Exumé.

The team went door-to-door distributing PPE and talking with people cooped up in their apartments. They organized a grocery delivery program for elders and the vulnerable, as well as connecting families with tablets and laptops for online schooling. “If we’d stuck to our original plan for 2020, we wouldn’t have helped so many people,” she says. “We have our vision, but we really are flexible with the changes of the world.”

Hoodstock works to fill in the gaps left by a systemic lack of resources and support for the borough. Current projects include Le Hood Stop, which will engage local youth in conversations around sexual assault and consent, a similar effort to talk to teens about gun- and gang-related violence, workshops to maintain momentum in the wake of George Floyd’s death, and connecting low-income households with affordable Wi-Fi plans.

It’s difficult for an organization like Hoodstock to plan too far into the future, as their work is determined by the ever-changing needs of their community, but Exumé sees this as the grassroots collective’s strength. “There are a lot of things we are not responsible for, but the systems are not taking care of us,” says Exumé. “How come a young, small organization has to do the work of a big government?”