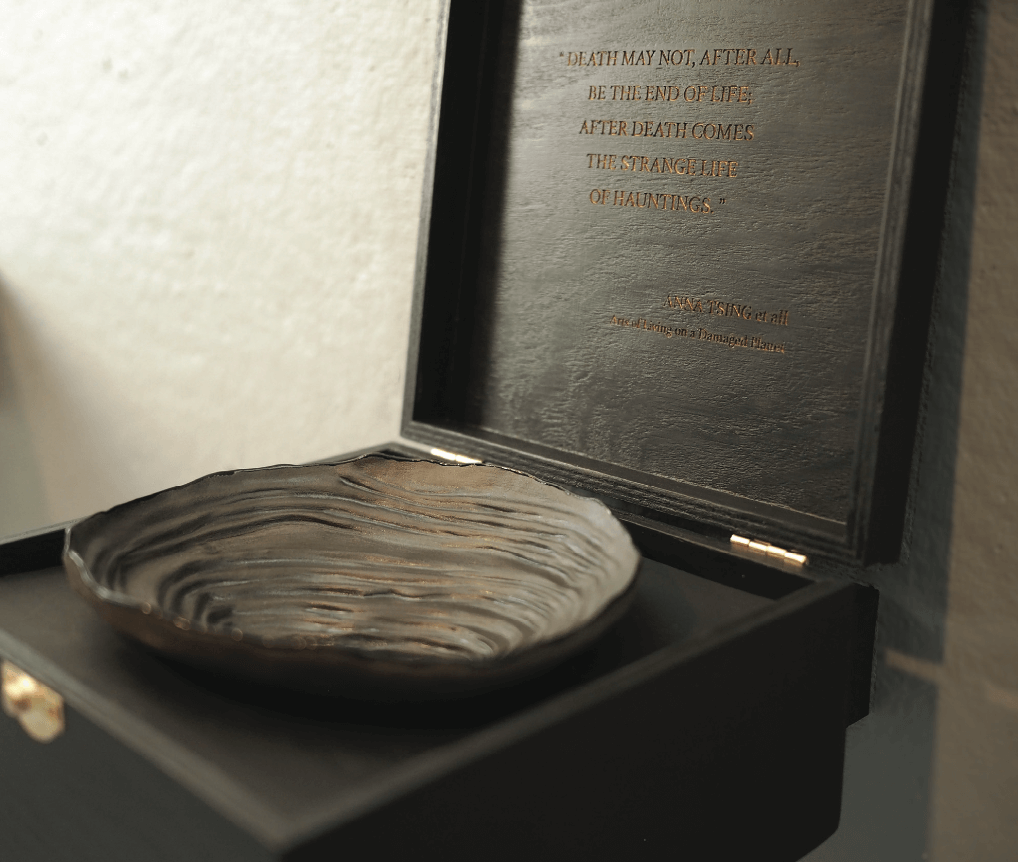 Glazed in black, the beauty of Dana Prieto’s hand-crafted ceramic vessels forces the viewer’s attention—but what they wouldn’t be able to tell at first glance is that the artwork may contain traces of arsenic, cadmium, and mercury.

Prieto, an Argentine visual artist based in Toronto, describes the vessels as an “inhospitable gift,” made with soil from the contaminated territories of Belén and Hualfín, in the province of Catamarca. The vessels will be gifted to the CEOs and corporate social responsibility executives of Canadian mining companies operating in the South American region.

Contaminants to the land and water in Belén and Hualfín seep from Bajo de la Alumbrera, the country’s first open-pit gold and copper mine that has been in operation since 1997. Although the mine had been set to close in March, it will now remain open for another decade. Bajo de la Alumbrera is owned by Glencore, headquartered in Switzerland, and two Canadian companies: Goldcorp and Yamana Gold.

The vessels, titled 1:10000 (the scale of the vessel in relation to the mine), are 3D models of the mine, created to scale. A disclaimer at the bottom of each cup reads: “Handmade with soil affected by Bajo la Alumbrera mine.”

“They can fill out the rest of the narrative,” says Prieto.

The soil was provided by Silvia Delgado, a Buenos Aires-based ceramic artist and activist. Delgado has extracted clay from Belén for many years and mentored Prieto in the construction of the vessels. “I consider ceramics to be part of that ancestral time where domestic and ritual uses of objects had a strong social bond,” says Delgado. Unlike most ceramics, however, the luxury aesthetic of the vessels is intended to appeal to a CEO.

The act of sending these vessels is more important to Prieto than what actually happens to the gift itself. In the gallery space, the vessels are displayed on wooden boxes under a spotlight. The lights are dimmed, and the walls painted a dark grey. Inside each box is a quote engraved in gold leaf from the 2017 book Arts of Living on a Damaged Planet: “Death may not, after all, be the end of life; after death comes the strange life of hauntings,” it reads.

To illustrate the immediacy of the gift, 150 boxes with Canadian postage surround the gallery, accounting for all potential recipients across the country. On the wall, a stencil made with ink made from the contaminated soil reads: “Handmade with soil affected by Canadian mining companies.”

“I hope that works like this can make a call to the heart, because such profound devastation has wounded our land, corrupting the human soul and our existence,” says Delgado.