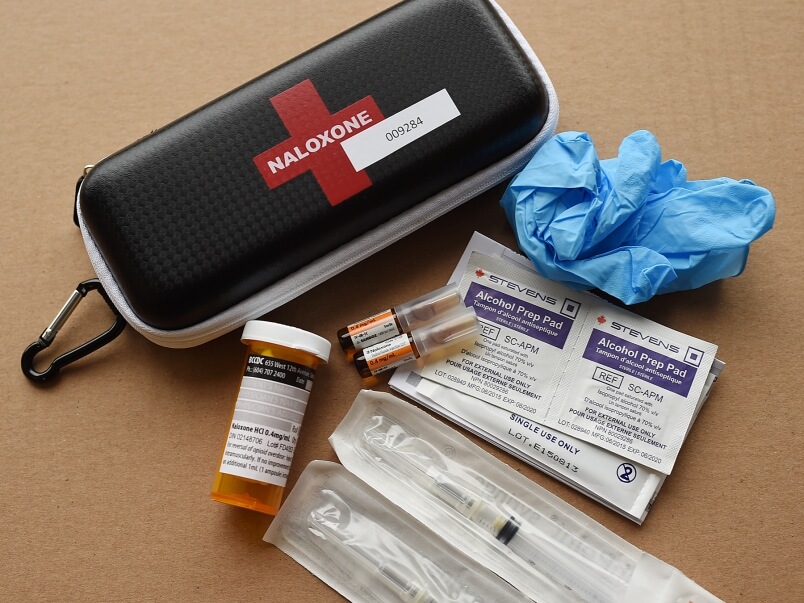 As fentanyl rears its ugly head across Canadian communities, the country is trying to mount a counterattack against the deadly opioid. And while cities beyond Vancouver and Toronto wait for government approval to open supervised injection sites, naloxone—the lone antidote in the battle against the ubiquitous street drug—remains scarce, according to a recent Canadian Medical Association Journal (CMAJ) survey. Studies show that death rates drop the more naloxone, which can stop or reverse an overdose, becomes available. In their Opioid Action Plan, the Trudeau government vowed to improve access to naloxone. But so far they haven’t delivered: Fewer than one-quarter of community pharmacies, the CMAJ found, stock the drug.

B.C.’s second-largest city also recorded the second-highest number of fentanyl-related overdose deaths in the province: One of out every 10 deaths over the first 10 months of 2017 happened in the Vancouver suburb. In 2016, a spike in overdoses stunned the city and prompted a Surrey MP to call for an emergency meeting.

The fentanyl epidemic is hitting especially hard in Alberta, where hundreds across the province are dying from the drug every quarter. Most fatalities happen in Calgary and Edmonton, but Grande Prairie has the highest rate of fentanyl-related deaths by population, nearly double the provincial average. The alarm bells sounded last June, when seven people overdosed over a 15-hour period.

Saskatchewan, where fentanyl-related deaths peaked in 2015, is an anomaly among the provinces. There were just seven fatalities in all of 2017, with all but two of them occurring in Saskatoon. It may explain why Saskatchewan also stands out as one of only two provinces that don’t subsidize the cost of naloxone kits at pharmacies (which sell them for as much as $70). A lone clinic in Saskatoon offers kits for free.

The fentanyl heat map homes in on Manitoba’s capital, where all but four overdose deaths in the province took place in the first three months of 2017. That puts Winnipeg on pace to record more than 100 fentanyl-related deaths for the entire year. In the first half of ’17, first responders in Winnipeg administered naloxone to 435 people. More than a quarter of those incidents took place in the downtown area.

New Brunswick is the only other province whose pharmacies don’t have free naloxone kits. The government did, however, announce in November that it would spend $150,000 to supply four non-profit sex clinics with 2,500 kits, one of which is in Saint John. Five people died there in the first half of 2017 after overdosing on an unspecified opioid.