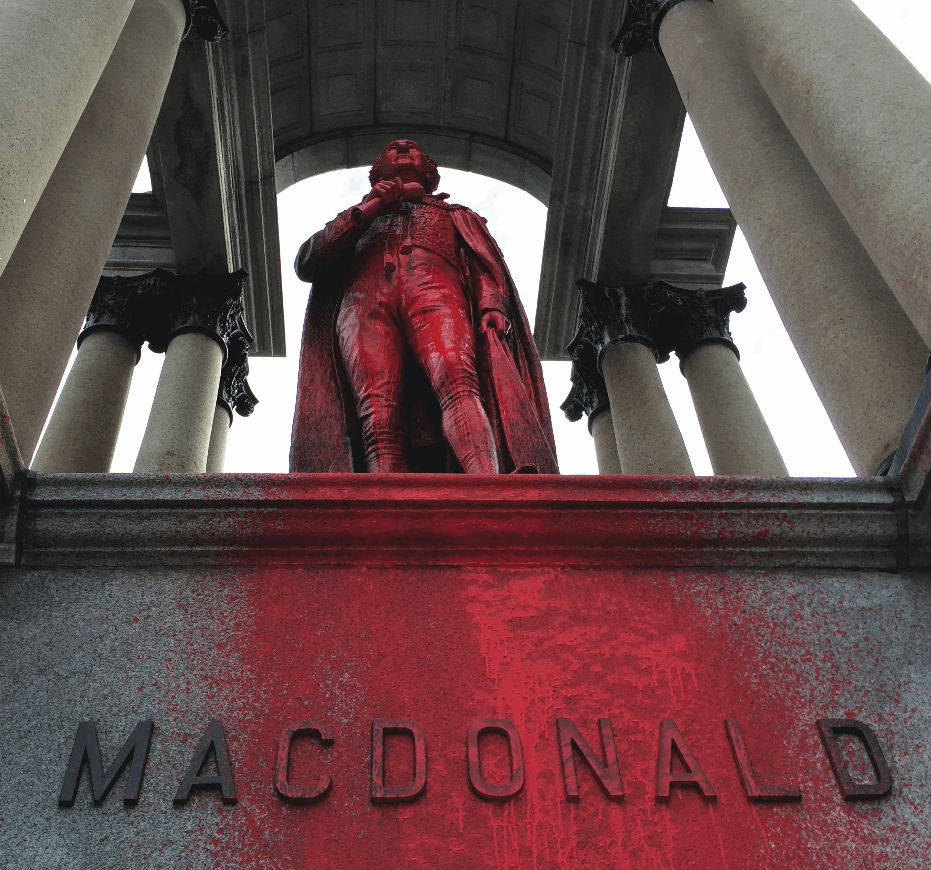 The past few months in Quebec have been tough for activists fighting against racism. In October, the government passed Bill 62, a highly controversial piece of legislation that aims to “neutralize” Quebecers’ religious garb while receiving public services. The bill appeared to target Muslim face coverings in particular, including the niqab and burka. The legislation comes after years of anti-Muslim and racist rhetoric in the province—and activists were ready to fight back. A month later, in advance of a protest against Bill 62 and racism in the streets of Montreal, an anti-racist group took to a statue of the country’s first prime minister, John A. Macdonald, and spray-painted it red. The group called it a sign of dismantling white supremacy and Canada’s racist origins—or, in the least, the beginnings of a battle against oppression in Quebec.