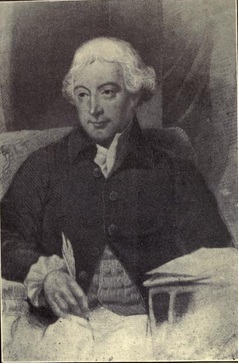 I went to church in August. I hadn’t been in 20 years. It was Monday and St. Paul’s Anglican in downtown Halifax was dead quiet. A young woman in burgundy sat at a table near the door. I looped around the pews before asking the question I had come here to ask: “Charles Lawrence is buried under here, isn’t he?”

It’s a less-than-plain resting place. Battleship-grey floorboards, a flimsy hand-painted family crest; pretty modest for a former governor. I stomp my right heel into the wood. Then my left. I add a toe tap. Stomp. Tap. I sway my body, lift my arms, and stomp again, harder this time, trying to pull a groan from the old boards. No luck. I’m an awful dancer.

The woman at the front pays no attention to my arrhythmic jig. Later she tells me she’s seen quite a few people dance on his grave in her three years working here. Her face reveals no opinion. I suppose she knows I’m Acadian. She said the other dancers were, too, aside from a few Cajuns.

Dancing on someone’s grave is a sign of disrespect. It’s a “ha-ha, screw you, I relish in your demise, and outlast you.” It seems silly, but it’s not. Not here. Charles Lawrence was the racist megalomaniac behind the Expulsion of the Acadians, or Le Grand Dérangement—the forced deportation of almost the entire population of Acadie, about 14,000 people.

The ancestors of those deported haven’t forgotten what he did. The rest of Nova Scotia seems to have. We have two Lawrencetowns and many Lawrence Streets throughout the province. There are no statues to tear down—like the confederate monuments coming down across the American South—but there’s a conversation that needs to happen. I don’t want the history of Charles Lawrence erased—that was his bit—but I want him to be remembered for what he really was: a criminal, a racist, and a horrible man responsible for the displacement and death of thousands of innocent people.

Lawrence didn’t invent the idea behind the Expulsion— it had been around for years—but he put it into action. Since the early days of British rule in Nova Scotia, colonial officials were worried about the political leanings of the Acadians, the original French settlers of the land. The thinking went like this: If England and France went to war, which seemed likely, the Acadians would obviously side with the French, and probably bring along their Mi’kmaq and Wolastoqiyik (Maliseet) allies. Even old Edward Cornwallis—former governor of the colony, founder of Halifax, and a shameless racist in his own right—wouldn’t entertain the idea. He asked for an oath, and when this was rejected, he did nothing more; this from a man who put a bounty on Mi’kmaq scalps.

Lawrence was less kind. After a backhanded attempt to force Acadian community leaders to submit to the British Crown—or to use Game of Thrones lingo, to bend the knee—he signed the decree setting about a series of events that add up to nothing less than cultural genocide.

It began in 1755. British soldiers forced Acadians out of their homes dotting the shore of the Bay of Fundy and stuffed them into decrepit transports and decaying naval brigs. The ships called along the bustling British ports of the Thirteen Colonies, dropping off small groups of prisoners at each city. Homeless, linguistically and religiously alienated, and torn from their families, most exiles ended up destitute on the streets or dead. More than a quarter of the 7,000 deported in the fall of ’55 never made it back to dry land, succumbing to wretched ship conditions and disease. Those who escaped to surrounding French territories were hunted down and deported three years later, from Ile St-Jean, the island we now call P.E.I. This time the ships sailed for France; death rates at sea were even higher. Two ships packed with hundreds of prisoners never made it at all, sinking with all hands lost in the frigid North Atlantic.

But some families escaped the fate of the ships. That’s where I come in.

I don’t speak French. The few church events I attended as a kid were Anglican ceremonies. I didn’t even know my last name was Acadian until someone told me two summers ago while I was working as a tour guide in Cheticamp, N.S.—the largest Acadian community in the province. Acadian culture was erased, at least in my family. But I’ve traced my ancestors back to some of the first settlers that arrived in Port Royal in the middle of the 17th century. No one in my family knew of the connection until a few months ago. I’ve been told French was spoken in the house four generations back, but memories are getting foggy. We’ve nearly forgotten. Many of the unlucky souls who landed in the hostile ports of America had their culture physically stolen. For my family, among those who escaped the deportations, the erasure happened much more slowly, but it happened nonetheless.

Mr. Lawrence, I danced on your grave because you deserve it. I drive by towns named after you whenever I go surfing on the eastern shore or apple-picking in the Annapolis valley, and they anger me. Nova Scotia’s need to memorialize you angers me. We talk about removing statues and changing street names a lot in this province, and I want your name added to the list. May you not rest in peace.

Tyler LeBlanc is a freelance writer based in Halifax. He is currently writing a book about his Acadian heritage.