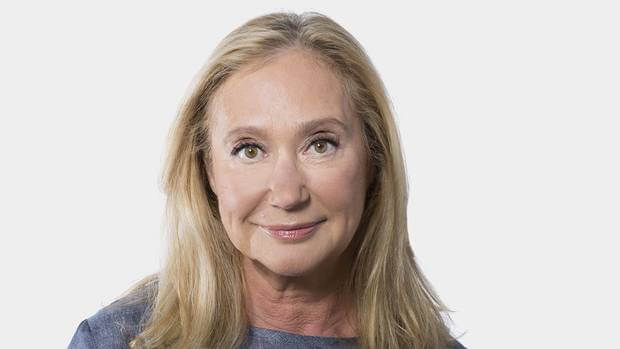 Columnist Margaret Wente. Photo courtesy of the Globe and Mail.

Margaret Wente is confused about racism. That is the most generous interpretation I can offer for her recent Globe and Mail article, “The good news about racism,” in which she argues that racism is vanishing from society. It is declining at such a rate, in fact, that the recent resurgence of white supremacy is a negligible blip, because “overtly racist behaviour…has become taboo.” Wente seems to have mistaken the fact that racism has been acknowledged as a societal factor with the end of racism entirely. She seems to have confused an improved sense of decorum around tragedies with the end of them altogether.

Wente is a shrewd woman: She does not attempt to argue that discrimination is entirely non-existent. She relents, as an example, that Black and Indigenous men “can expect” to be stopped by police due to their skin colour—but still decries “systemic” racism as an invention of the progressive left. In her requisite admission that racism is not entirely a fabrication, however, she points to one of the most pervasive examples of systemic racism: the Ontario police practice of carding.

Wente believes that those who call out systematically discriminatory practices are, at best, malingering. At worst, they are the undercover agents of the progressive left. Why? Because she believes that since overt racism is passé—it is automatically on its way out. But racism isn’t going away, and we are not making progress “by every measure available.” Us white people are merely becoming aware of what has been going on around us. The work, for the most part, has yet to be done. Still, the exhaustive effort of acknowledging racism as a fact makes Wente want to believe that racism is no longer a defining feature of our society. And she wants you to believe it, too.

While Wente declined to define the terms she sarcastically put in quotes, systemic racism is a phrase coined by sociologist Joe Feagin to describe anti-Black practices that are institutionally entrenched in society. “Structural” racism refers to one of the ways systemic racism manifests itself, and is defined by Frances Henry and Carol Tator as “inequalities rooted in the system wide operation of a society.” The hallmark of systemic racism is that this form of discrimination is embedded in society: It does not require its agents to be hateful, or even personally bigoted. It is self-perpetuating: It only requires that we do nothing at all.

In her article, Margaret Wente proved hasty to dismiss the concerns of marginalized folks. In this spirit, she joyfully brought us the Good News of racism: It’s not as bad as you think! Wente’s gospel springs from a 2017 study conducted by criminology professor Brian Boutwell and his team. Using data obtained from The National Longitudinal Study of Adolescent Health (Add Health), Boutwell et al attempted to assess the prevalence of perceived discrimination in the United States. But the Add Health questionnaire is poorly suited to measure racial discrimination—likely because this was never its intended purpose.

Add Health itself was a comprehensive study designed to follow a nationally representative sample of twins from early adolescence to young adulthood. The aim of the questionnaire was primarily to provide measurement on “friendship networks, school activities and health conditions.” Because the survey was not designed specifically to study racism or discrimination, the sample is not consistently adjusted to reflect an evenly intersectional population. This is notable in one area in particular: As the authors of the Add Health study acknowledge in their recruitment analysis, “Add Health…oversampled African American adolescents with highly educated parents.” It has been repeatedly proven that a higher level of parental education correlates with higher socioeconomic status, and economic status itself is a protective factor against discrimination of any kind. This sampling flaw, however, seems to have been overlooked in Boutwell’s secondary analysis.

Boutwell only examined the results of two questions from the Add Health questionnaire:

“Question one: In your day-to-day life, how often do you feel you have been treated with less respect or courtesy than other people?

Question two: What do you think was the main reason for these experiences?”

Participants were only allowed to choose one response from a list of 11 mutually exclusive categories. Women and LGBTQ folks were not given the opportunity to report multiple experiences of discrimination, but instead had to decide which they felt was most pressing. The most common category selected? “Other”—making up a plurality of responses within every subgroup. With the Other category removed, race was the most common reason selected across Black, Asian, and Hispanic subgroups.

The wording of the questions is also troubling. In a study about discrimination, where the results are based exclusively on participant response, the word “discrimination” does not appear anywhere in the survey question. Neither does any approximation of this term. And because Boutwell et al didn’t conduct the questionnaire themselves, the participants had no context for their answers: Lack of respect or courtesy and discrimination are in no way mutually exclusive terms. Boutwell et al are out of their depth making claims about racial discrimination. Quite simply, they didn’t ask the question.

But of course, the Boutwell study is only one prong of Wente’s argument. The other? You (meaning her) just don’t see racism that much anymore. When racial tragedies are splashed across the headlines, the public responds appropriately. It doesn’t matter that these things continue to happen: What matters is that now it would be considered impolite not to send your thoughts and prayers to the victims and their families. Sure, white supremacists marched in Charlottesville, and sure, in Thunder Bay, Ont., “Indigenous kids have been found in local rivers.” But systemic racism? That’s just the last gasp of those “invested” in the narrative of racism. You know, those who profit from it.

Conservative pundits joke about a kind of racism so insidious it’s “invisible”—but it isn’t. It is, however, easy to ignore if you are white and unwilling to take people of colour at their word. Systemic racism has existed long before us and it will continue to function unless it is purposefully dismantled. Racism can thus exist in an organization like the police force, independent of the intentions of individual officers, through discriminatory mandates and practices set up long before polite society became #woke.

Ontario’s police practice of carding is one example of these mandates. Carding refers specifically to the Community Contacts Policy, an intelligence-gathering policy that allows police to randomly stop, identify, and document community members. An analysis by the Toronto Star in 2013 showed that this policy has had unequivocally discriminatory results. The Star found that Black, Indigenous, and people of colour were more likely than white people to be targeted in every single patrol zone across Toronto; in predominantly white zones, the disparity increased. The analysis also revealed a grim but telling statistic: “Looking solely at young [B]lack male Toronto residents, aged 15 to 24…the number who were ‘carded’ at least once between 2008 and 2012—in the police patrol zone where they live—actually exceeds by a small margin the number of young [B]lack males, aged 15 to 24, who live in Toronto.”

Wente acknowledges that despite the good intentions of individual actors in the police force, the organization as a whole is incapable of functioning without racial bias. She says as much in her concession that we as Canadians are not, in fact, perfect: “Most [B]lack or Indigenous men,” she admits, “can expect to be stopped by police because of their skin colour.” To live with the expectation that you will be randomly stopped by the police in your own neighbourhood, due to you skin colour alone, is to live under the thumb of systemic racism. Wente can sneer at the terms we have chosen to define these problems, but she herself acknowledges the truth behind them. She admits that systemic racism is real and visible when she admits that she is aware of pervasive, policy-based discrimination enacted by the police force.

Wente knows that millions of people across North America still experience discrimination. But, unfortunately for all of them, she does not find this knowledge terribly compelling. She does not seem to find evidence of lived discrimination much more than a tedious vestige of ancient history (after all, the last segregated Black school in Ontario was closed in the distant past of 1965). If your example of racism isn’t utterly grotesque to behold, if it is instead the story of a quiet but pervasive injustice, then your story can’t be trusted—you must be “invested” in the racism narrative propagated by the progressive left.

Wente is not affected by the problems of systemic racism, so she chooses to believe that nobody is. If nine out of 10 people can tolerate the idea of an interracial marriage, that’s a win. If “onlookers are outraged” by outward displays of white supremacy, we are living in a post-racial epoch. If Quebec can find the space to bury the Canadian victims of a terrorist attack, committed in a place of worship, due to the perceived otherness of said place of worship? Well then, Margaret Wente thinks we’re doing pretty darn good.

Amy Oldfield lives in Toronto, where she writes, teaches, and is made late by the TTC. Follow her on Twitter @yamoldfield.