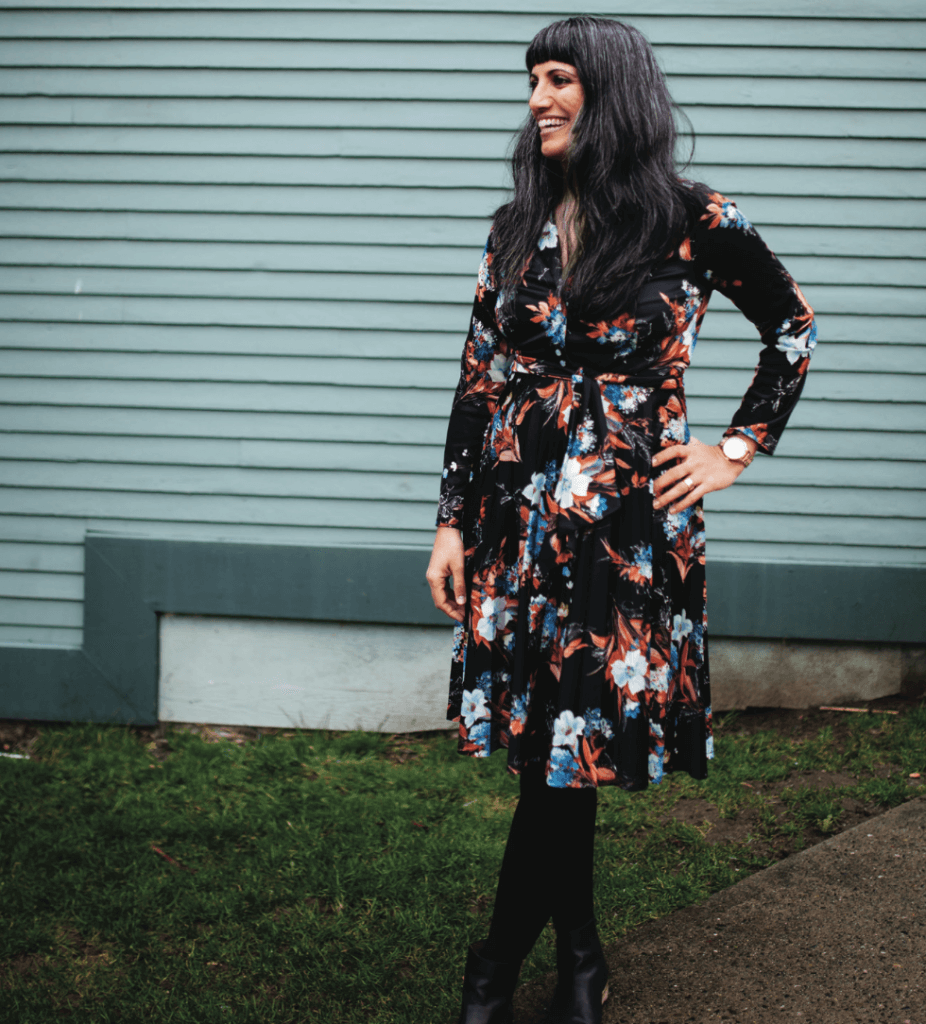 When Vancouver-based artist Sandeep Johal read Shauna Singh Baldwin’s novel, The Selector of Souls, she was deeply moved. The story of two Indian women tackles difficult gender-based issues Johal often finds herself considering: female foeticide, infanticide, femicide, domestic abuse, dowry, and rape. Soon after reading it, Johal was bringing a fictional goddess from the novel to life. She drew the goddess in her signature style: a black-and-white line drawing with patterns of geometrical shapes, and collaged bursts of colour. The result was a strong mandala-like human figure, empowered by many arms, and embracing onlookers with a steady gaze.

As Johal set out to add to the series, she learned about the murder of Natsumi Kogawa, a Japanese international student studying in Vancouver. She was heartbroken, crying as she drew another goddess form dedicated to Kogawa. Johal couldn’t stop: “It was like I was a woman possessed,” she says. She drew for three days straight, creating nine more portraits of women who had died from gender-based violence. Each portrait is captioned by words spoken by the women’s loved ones in the wake of their deaths. Johal completed the project with three vibrant paintings inspired by scenes from The Selector of Souls. She named the series Rest in Power, restoring strength to the memories of the women who had died brutally and unjustly. 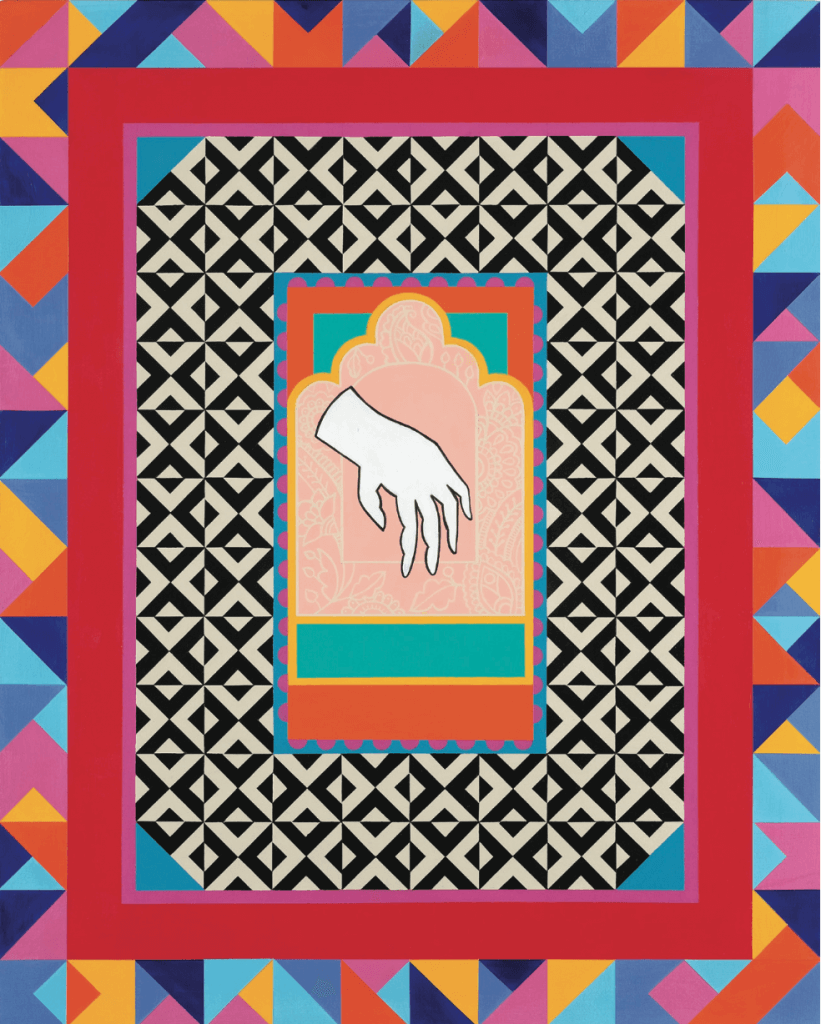 NO ONE LISTENS 24″ x 30″, Acrylic on Wood Panel “She isn’t worth naming. Release this atman, girl-body. Let it return to the place that continues long before and long after this world. Let it take shape when this world is a better place for girls. No one listens to women’s wishes.” —The Selector of Souls, Shauna Singh Baldwin

More than half of the women Johal commemorates in Rest in Power are South Asian. Among them is Jaswinder Sidhu, a 24-year-old Indo-Canadian woman who was murdered in 2000 in an honour killing after she married a rickshaw driver. Like Johal, she was born in British Columbia, and if she was still alive today, they would be the same age. The artist also dedicated portraits to Amandeep Atwal, Jyoti Singh, and cousins Pushpa and Murti, women whose lives were cut short by murder and sexual assault in Canada and India.

Johal’s work draws on the aesthetic of Indian textiles and patterning to bring viewers into difficult topics that many people tend to avoid. “I’ve always been interested in pushing boundaries and talking about uncomfortable things because my parents didn’t want me to. It made them uncomfortable whenever I questioned things in their culture,” she says. In September, when Rest in Power went on display at Vancouver’s Gam Gallery, Johal’s mother told her daughter she was proud of her.

For Johal, the project is a cathartic process. The work helps her feel hope in the face of the rampant gender-based violence in South Asian culture and beyond. “Every time I see another headline about a woman being assaulted, or raped, or murdered, I get so angry,” she says. “And then I get really sad. I’m trying to process this grief I feel around what happens to women.” The artist has reached out to the loved ones of the women she has dedicated work to, hoping to give them prints to show they are being remembered.

Rest in Power is an ongoing project, and as drawings are being purchased, Johal is replacing them with portraits of other women. But it isn’t her only project on the go. In August, she painted a vibrant mural called Girls are Fierce like Tigers on the side of an Indian restaurant in her neighbourhood. The mural depicts Durga, the mother goddess of the universe who fights for liberation and peace. Johal is also working on a new portraiture series called Hard Kaur, celebrating the lives of remarkable women from India’s past and present. She’s already done drawing studies of 16 figures, including poet and freedom fighter Sarojini Naidu, South India’s first female taxi driver Selvi, and sex trafficking abolitionist Ruchira Gupta.

Johal hopes her art continues to empower women and inspire conversation. She will keep paying tribute to the women who embody resistance to gender-based violence, both in this life and the afterlife. “I want them to know that they’re loved and they’re not forgotten. And we’ll keep telling their stories to keep them alive.”