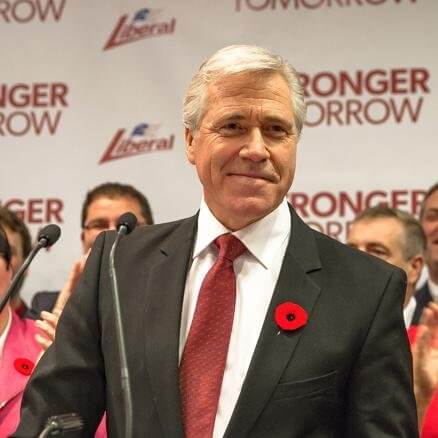 At a St. John’s rally on April 6, the day the provincial government released its 2017 budget, Michelle Keep addressed a crowd of about 40 protesters. “We need ideas outside the box,” she told them. “We need them now, we need them fast.”

Keep, a best-selling romance novelist based in St. John’s, has built her living on creativity and risk—and her experiences could hold one of the keys to the future of work for Newfoundlanders and Labradorians.

In 2016, the government of Dwight Ball made many cuts, including to education spending, libraries, and the civil service, and introduced a tax on books. The economy had been deeply reliant on royalties from offshore drilling, making $2.8 billion in 2011-12. In 2015-16, royalty revenues only reached $551 million.

As the government struggled to deal with a drop in resource extraction revenues and rising unemployment, it turned to austerity. Though revenues in 2017 had been higher than forecasted, activists rallying in St. John’s had expected the year’s budget to impose more cuts. The budget didn’t offer much relief for people struggling, with higher education hit the hardest.

Now, the province is banking on industry for its financial salvation: oil, gas, seafood, hydro, mining, lumber and agri-food. “In order to return to fiscal balance we must think and act in a way that is long term,” Minister of Finance Cathy Bennett said in her budget speech. “We can no longer afford to be bound by short-term reactionary thinking.”

But it’s hard to not see short-term reactionary thinking in Bennett’s budget. They’re short-term fixes in various resource industries designed to tide the province over until commodity prices pick back up. Bennett claims that with infrastructure spending, some jobs will be created. But it’s not nearly enough.

Unifor Atlantic regional director Lana Payne and economist Jim Stanford call the province’s economy a “helicopter economy,” in which natural resource companies generate a lot of profit, but not enough of it makes it to average people. As a resource-dependent province, Newfoundland and Labrador should be able to buoy public finances with revenues from extraction. But Payne says that the proportion of the province’s GDP that went to corporate profits when revenues were at a high of 37 percent. Nationally, the percentage is 15.

The solution to improve the province’s economy isn’t hard to see, but it requires political will and more control over industry by average people. “[The] emerging struggle is the same struggle we have always had here: keeping more of our wealth, using that wealth to diversify and share prosperity, and invest more in our creative industries, green jobs, etc.,” Payne writes in an email. The province, she adds, needs to entice more youth and more immigrants to live there. Choosing to make cuts in higher education suggests that the government is forging a different path.

Perhaps that’s the key: Start with society, and maybe government will follow.