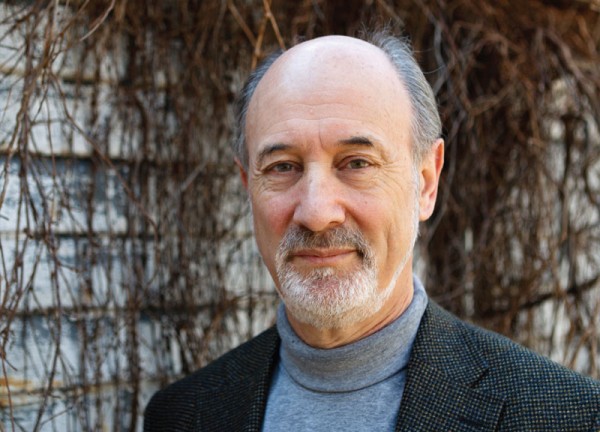 That’s the sort of uncomfortable, prickly question Peter Victor likes to ask. And the way you answer might say a lot about the future of the planet.

That’s because Victor is an economist at York University who is a leading pioneer in “no-growth” economics, a field that tries to figure out whether it’s possible to create an economy that stops growing—yet doesn’t collapse.

A few years ago, Victor wondered: Could an economy stop growing but still remain prosperous?

To find out, he began working on a computer model that replicated the Canadian economy. Once he’d built a model approximating reality, he began tweaking some of the major variables to cut growth: He lowered consumption, tweaked productivity, and halted the increase of population. He imposed a slew of government policies aimed at increasing taxes for the wealthy and reducing the use of fossil fuels. Then he extrapolated forward to see what would happen.

The upshot? Victor’s virtual Canada slowly stopped growing after 2010, and after a few turbulent decades, unemployment dwindled to just four percent. Greenhouse gases went down to Kyoto levels. And then…things just stayed the same. Ecological catastrophe was averted. In 2008, he published Managing Without Growth, and became the first economist to prove—virtually, anyway—that a steady-state economy is possible.

“I’m trying to the plant the seeds of this idea,” he tells me. “The climate is changing things rapidly, and people think, ‘Well, what are we going to do?’ They need ideas.” In the wake of his book, Victor has become something of a rock star amongst environmental economists, travelling the world to explain his ideas at conferences, and even meeting with the curious finance minister of Finland. People, he tells me, are fascinated by the details: What would it be like to live in a non-growing world? Could we handle it?

Could you? Well, there’d be one big upside: We would all work less—a lot less. That’s because technology naturally reduces workforces: say it takes 100 people to make one airplane this year. Next year, technological improvements will mean it only takes 90. Soon after, just 80; in a decade, perhaps as few as 50.

Currently, such rising productivity—the amount of work one person can do—creates unemployment, so governments push policies that grow the economy and create jobs for those 50 people who are no longer building airplanes.

Victor’s plan works differently. Instead of firing workers as we become more productive, we just share an ever-decreasing pile of work. Keep employed, but work fewer hours. In Victor’s computer model, Canadians gradually work their way down to a four-day workweek, perhaps even less. (“When I mention this to people,” Victor says, “you can hear their sigh of relief.”)

Working less would transform society in many ways: Imagine the spectacular upsides for health care and education if Canadians had more time to spend caring for themselves and teaching their children.

Sounds great—but it wouldn’t be easy. To achieve zero growth, Canadians would need to seriously curtail their consumption. In a recent paper, Victor plotted out a global nongrowing economy—the whole planet this time—then ran the numbers and found Canadians would need to decrease their average income to around $14,000—roughly our prosperity from the ’70s. Granted, the rest the world would see its income rise dramatically from hundreds of dollars to thousands: We go down, but Bangladesh shoots up. (Victor’s no-growth vision is decidedly in favor of more economic equality.) And since technology increases productivity, that $14,000 buys a lot more quality of life than it did in the ’70s. But it would still be a hard sell on most Canadians.

Even bleaker, though, is the challenge of stabilizing population. Victor’s model requires a flat population curve, and it’s hard to figure out how to achieve that without some pretty authoritarian family-planning policies (à la China’s one-child rule). Victor is well aware of how crazily difficult it would be to craft a no-growth world. For a guy with some of the most radical ideas around, he’s an unassuming, avuncular sort — more tweedy professor than ideological bomb-thrower.

“I know that these ideas are almost impossible for politicians to embrace now,” he says matter-of-factly. But as resources dwindle, Victor is starting a difficult and crucial conversation—one that we may soon have no choice but to join.