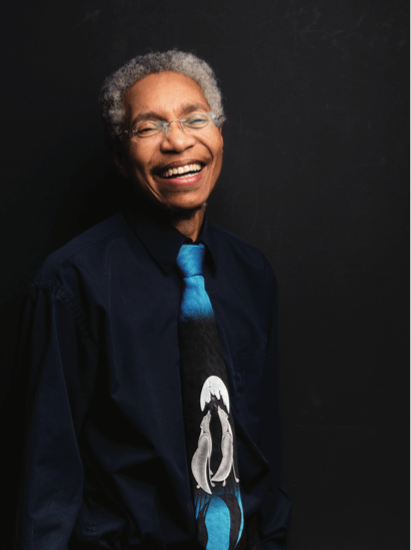 From his time studying classical music in the 1960s to decades spent writing songs and performing on CBC’s Mr. Dressup, Glenn Copeland has long been interested in looking inwards to “the core of one’s own being.” Seventy-five and a practicing Buddhist, he has never been too concerned with signifiers of success or following musical trends. For decades, Copeland humbly kept on, making music for few others’ ears with an enduring sense of humanity. Both his songs and his story invite pause and contemplation.

That rare sense of slowness has led Copeland—who performs under the name Beverly Glenn-Copeland—to a resonant, if still surprising, rebirth in recent years. In late 2015, a record collector took notice of Keyboard Fantasies, an album Copeland recorded in the woods in Ontario in the 1980s, and bought out the remaining supply of tapes for resale. Soon, enough interest had gathered to warrant a reissue of the record; not long after that, Copeland was performing live in front of capacity audiences across Canada and Europe for the first time in decades.

A new generation of listeners is finding resonance in music that sounds at once futuristic and fundamentally natural. The songs on Keyboard Fantasies are constructed with looping melodies that invoke both folk songbooks and hymnals. On a few songs, he sings meditative reprises in his round, patient voice, allowing every note to ring over a base of synthesizers. It was a record made with then-cutting-edge technology about slowing down and understanding your relationship with the surrounding world; it moves at a pace that feels like a salve in a time of overstimulation.

Listening to the record now, Copeland understands how it might feel almost spiritual in the contemporary moment. His music has the effect of damming your attention, gathering its current so that you might take notice of the beauty and connection around you. On the song “Ever New,” he sings
the words “we are ever new” like a mantra. Copeland, a trans man who believes in the recurrence of matter and energy, embodies the truth of this statement. He tells me that “there’s nothing in the universe that’s not natural”—a thought that reflects both his work and his own identity. It’s natural, he says, to shift, to change.

Copeland’s career, too, celebrates incessant newness: from folk music to Mr. Dressup, his course has rarely stayed the same. But for Copeland, this path feels inevitable. He now jokes about lacking other talents and being ego-bound to music-making, but confesses that both sentiments felt true in the past. Those feelings once felt like a burden, but time and perspective have opened Copeland’s eyes to the purpose of his life as a musician.

Copeland’s story continues: this summer he’s touring music festivals across Canada, with stops including Yellowknife, Dawson City and Calgary, with his new backing band, Indigo Rising. He’s also at work on a reissue of his 2004 album, Primal Prayer, and will star in a forthcoming documentary about his life and work. All the while, he’s trying to maintain some semblance of a quiet life at home in in Sackville, New Brunswick.

On the phone from Sackville, Copeland repeatedly expresses gratitude for the attention of a new generation, one which is “totally tuned into the fact that we are killing the earth,” which knows issues like climate change and wealth inequality are “not natural.” He believes the new listeners of Keyboard Fantasies are both receptive to the humanity the record expresses and keenly aware of how we currently stand to lose it. “We don’t get how vulnerable all of us are and how we need each other,” he says. “There’s just an almost indefinable difference between you and me.”