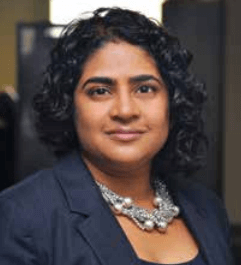 In the fall of 2016, an inmate spoke to Renu Mandhane through a small hole in the glass at a provincial jail in Thunder Bay, Ont. He told her he had been in segregation, or solitary confinement, awaiting trial for more than four years.

The Ontario Human Rights Commission and Mandhane, the chief commissioner, brought national attention the case of Adam Capay, and the segregation of Indigenous people and those with mental health challenges inside provincial jails. We spoke with Mandhane about why this is happening and the Commission’s call on provincial jails to end solitary confinement.

How is someone suffering from mental health issues more susceptible to being segregated?

With the closing of big mental health residential facilities in in the 1980s and ’90s, we didn’t see a creation of appropriate community support to address the needs of those people who are no longer being held there. Those people are at more risk of being criminalized. So, a large proportion of prisoners—I think it’s somewhere around 40 percent—are identified as having mental health issues and disabilities. And then, of course, the institutional environment often exacerbates those issues.

Just as an example, Thunder Bay Jail has a psychiatrist come in twice a month to deal with a jail with a capacity of 130. So people who have complex mental health disabilities are not getting the support they need, or even the support they may have been getting in the community. Those people may feel vulnerable, and either ask to be segregated or are segregated because their behaviour is perceived as creating a risk to themselves or the institution.

Again, we don’t have [the] data. We know that’s true in federal jails so that’s a strong indicator that it would be the case provincially. But, Indigenous people are overrepresented in the entire criminal justice system—they are over-policed and [represent] a higher population of the prison population—and so are more susceptible to being placed in segregation.

Many Indigenous people are also housed in facilities in the north, more than southern Ontario, and that means their proximity to treatment centres is much farther. It requires them to really give up family support if they want to transfer to that kind of institution. Many of their lawyers will also be in Toronto or Winnipeg, so they aren’t there on a day-to-day basis to see the conditions of confinement or advocate for their clients. I think the issue of the impact on Indigenous people also can’t be divorced from the geographic isolation of the places they find themselves in.

What was the Commission hoping for when you came out with the information about Capay?

I like to pause and reflect on success obviously. There was, since the revelation of Capay’s case, an investment of approximately $55 million in the criminal justice system to deal with some of the systemic issues. There was also a commitment to hire hundreds of staff in correctional facilities to address the issue and some measure to implement more oversight.

That said, we know that one other individual died by suicide at the Ottawa-Carleton Detention Centre in segregation who had schizophrenia, and we know that another individual has died under, for lack of a better word, suspicious circumstances, at the Central East Correctional Centre. So we’re not going to be satisfied until—you know, setting the bar really low—people stop dying.

What are other options aside from segregation?

Segregation is relatively cheap in the short term. As long as you have a specialized cell, it doesn’t really cost you that much money. The kinds of solutions that we think need to be implemented are more costly in the short term—things like having mental health treatment plans for prisoners, having support readily available, and expanding on the number of beds for people with complex disabilities.

But I also think we need to look beyond prisons and jails, and start thinking about what kind of supports we could have in the community from the Ministry of Health perspective that would actually triage some of these people out of criminalization. People say it’s impossible to phase out segregation, I think it’s impossible for individual jails. I don’t think it’s impossible for the system. I think alternatives cost money, but it’s very expensive to jail people in the first place. And ultimately, those people will re-enter society, the vast majority of them, and it’s in our interest as a society to have a system that produces people who are rehabilitated.

Do you think it’s important for the public to care about issues like these?

Absolutely. This is a system that’s neglected mostly because there are no political points to be won by investing in the criminal justice system. These aren’t stakeholder populations that tend to vote.

I think what spurred the provincial government to act after Capay’s case was surely the situation of his case, but also that the public demanded action. We can say something is human rights abuse, but it really only has the power to persuade politicians if the public echoes those concerns.