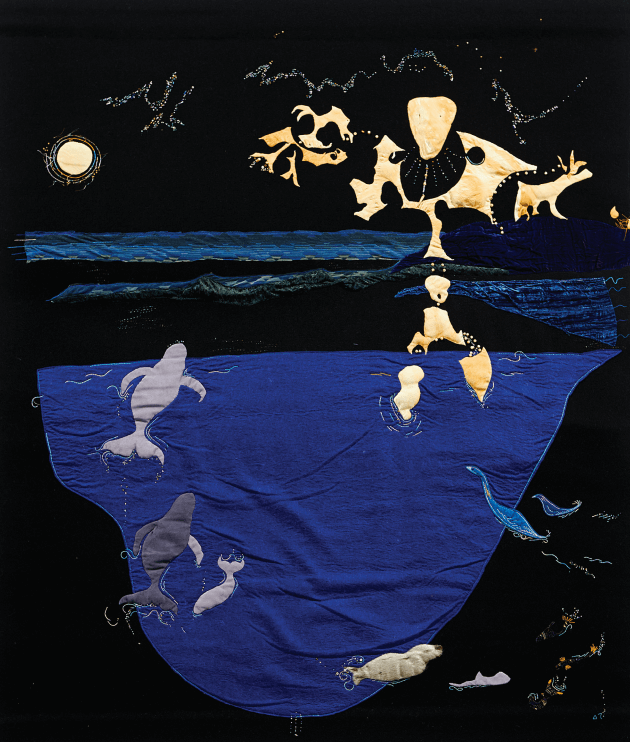 In The Hunter, a digital photograph by Michelle Baikie and part of Newfoundland and Labrador’s SakKijâjuk: Inuit Fine Art and Craft exhibit on Nunatsiavut art, Baikie uses the purple hues of thermal imaging to depict the central role of cold in her culture’s geography—bringing the landscape’s typically invisible qualities to the foreground. 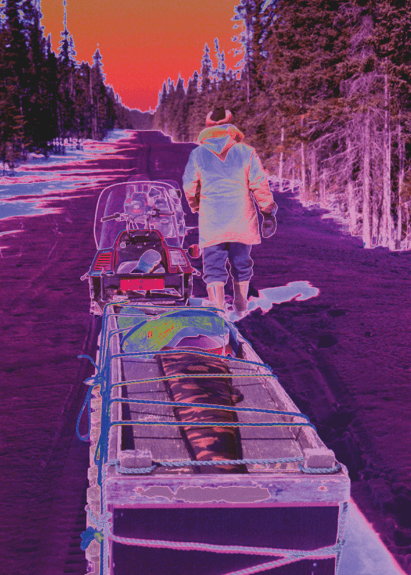 Michelle Baikie’s digital image, The Hunter, can be seen at the exhibit.

SakKijâjuk is a Labrador Inuit term that means “to be visible,” and in the exhibit—hosted by The Rooms, the province’s largest art gallery—visibility takes on multiple meanings. In its largest sense, SakKijâjuk is about belatedly recognizing the cultural production of a group that, due to their exclusion from the Indian Act in 1951, has been doubly othered by the Canadian government.

Though the Northern Labrador region is largely overlooked in conversations about our country’s art, creativity is inextricable from survival in Nunatsiavut, which consequently has the highest concentration of artists in the province. “Inuit people have always had to be innovative, because they live in a place where you have to make everything yourself,” says exhibit curator Heather Igloliorte. “They’re always creating.” 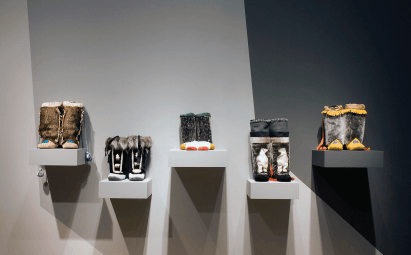 The exhibit at St. John’s The Rooms.

SakKijâjuk features work from artists such as Nellie Winters, who crafts inukaluk figurines from natural materials such as grass, bone, and moose hair; mixedmedia sculptor Billy Gauthier, who was named the Newfoundland and Labrador Arts Council’s Emerging Artist of the Year in 2011; and Heather Campbell, whose paintings aim to challenge the viewer’s preconceived notions of Inuit art.