Our July/August Third Annual Summer Reading Issue is on newsstands now! To celebrate our literary history in our 50th anniversary year, this summer we’re also re-publishing a bunch of archived poetry and fiction. This week, we present “Say Uncle,” a short story from former This Magazine editor Emily Schultz published in our July/August 2013 issue. Emily’s latest novel, The Blondes, has received much praise (plus a “wow!” from fellow former This-er Margaret Atwood) and we’re thrilled to feature one of her  short stories! Stay tuned for more great writing from the archives! 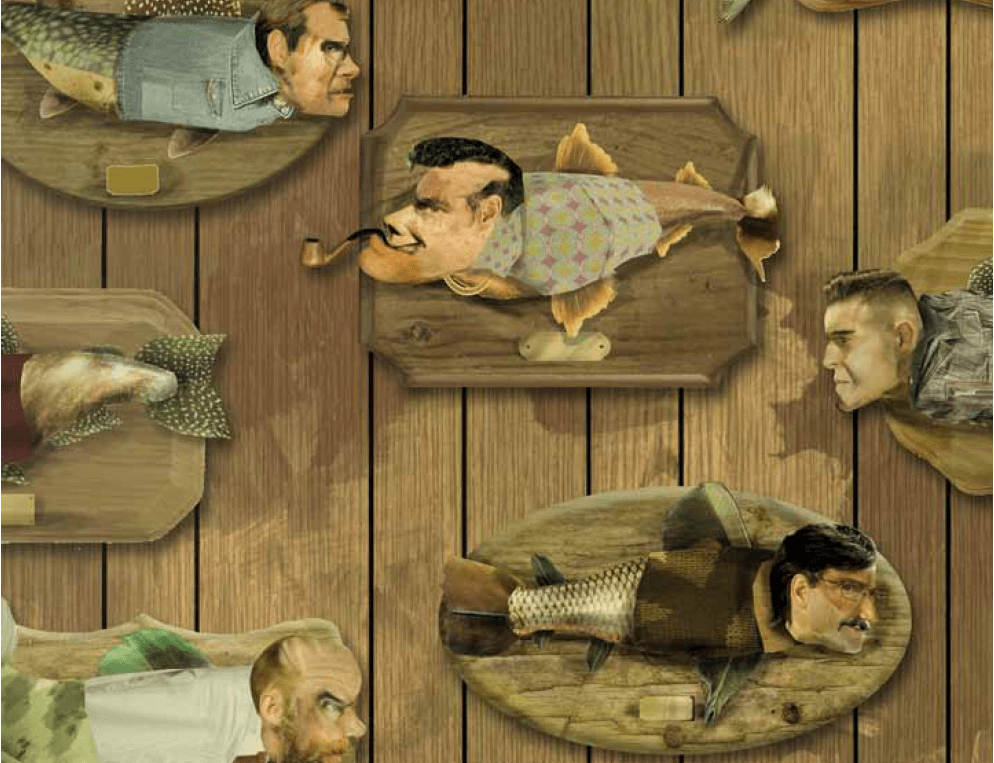 The uncles called you over to them and said, “See if you can figure this out,” always presenting you something as if it was a riddle or a challenge, and you worried from that single phrase onward that you would fail before them. The uncles were men who trimmed their nose hairs, men who carried pocket knives, stubborn men who would ask nothing of anyone, men who ate and drank too much at Christmas, men with neighbors they told stories about as if they were enemies, men with large umbrellas, men with tackle boxes, men who knew the best route and the best way to remove a loose tooth, men who argued about politics into the night until you closed your eyes and the darkness replaced their voices with the gargle of rain.

As you grew older, the uncles said sexist things, or racist things. They seemed more stubborn than before. They said things to your mother you didn’t think funny. They tried to kid with you but only turned your face purple. They liked hack writers you had never thought they would like. Their waistlines grew, and they overcame cancers and operations and heart conditions and car accidents and mishaps that you were informed of as factually as possible. “Tell me about my uncle,” you said, but the answers were always brief and uncertain.

Eventually you would be at some family party and you could see them fading out, like ghosts, growing sallow right before your eyes, melting in the rain as if they were made of chalk. “I’ll never see you again,” you thought. “The next time we all get together, one of you won’t be here,” and it was true, but it was never the one you would have figured.

The uncles were dying. Slowly, softly, they were forgetting things, and falling away into graves that were damp with rain, and you had no poetry for them, though you wished you did, no real knowledge of who they were. There was only the absence of walking down a foreign laneway in a cemetery far from your own home and wondering how long until the next cup of hot coffee and if it was wrong to bend to wipe the mud from your shoes.

No, the uncles weren’t over. The uncles were still crisp, and still smelled of peppermint and tobacco, and apples and wool, and new leather, and the very old pages of very old books. Even now when you fall into sleep, they are waiting, their voices steady in another room, just there on the other side of the wall where everything is in black and white.

They are caulking windows and killing bees. They are hauling old artifacts out of a barn and saying, “You think that’s worth something?” and setting it out to the curb. They are sawing the branches off a dead tree and stacking them in piles. They are launching a boat into the water—just there, just behind the wall, in that room, a whole boat. They are caught on video and they are laughing. They are younger than you remember, those men you know and never know. They are all together, the uncles from your mother’s side and the uncles from your father’s side, and the great uncles on both sides. They are looking up at the sky for rain, and saying, “Do you think she’ll hold?”

So when your father walks into that room and takes his place among them, wearing a white cap he favors for golf days, you can’t help but startle. He’s not your uncle, but he is an uncle. He cups his hand against the wind and lights a cigarette, lips pulling at the paper. He lifts his eyes to the sky they are still appraising, which looks something like your grandparents’ ceiling and something like the blue stratocumulus over Lake Michigan, and says, “I think it will.”

The uncles turn to him and nod.

Emily Schultz is the author of the novel The Blondes (Doubleday Canada, 2012) and the co-publisher of Joyland Magazine.