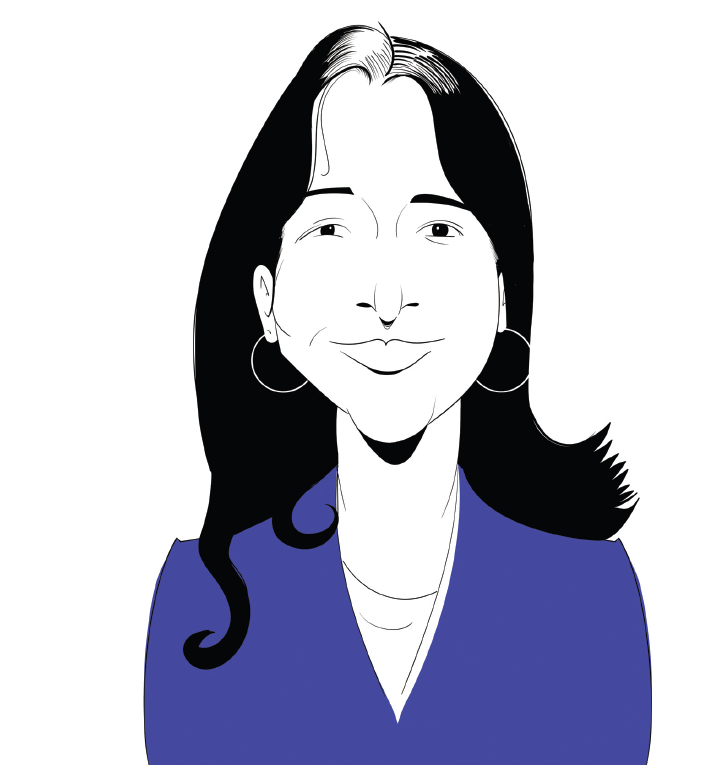 IN 2001, EVELYN ENCALADA TRAVELLED to Leamington, Ont. for the first time. Driving through the province’s tomato industry capital, flanked by farm fields on each side, made her feel like she was entering a different world, rife with exploitation and poverty. Encalada, an advocate for the rights of migrant workers, was there with a group of activists to investigate a tip that several migrant workers had been abruptly deported to Mexico.

Once there, she discovered the tomato farm workers in question had organized a strike to protest unsafe working conditions at their jobs. In response, the company and Mexican consulate officials repatriated the workers—both as punishment and as a warning to deter others. Encalada and her group of activists wanted to know how employers and the Mexican consulate officials (combined with Canadian labour and immigration policies) could possess such power. How could they dispose of people so quickly and with such ease?

While there, Encalada came face-to-face with the cruel and largely unseen realities of Leamington’s tomato industry: Small shack-like boarding houses filled with 15–20 grown men for eight months at a time; exposure to harsh chemicals and limited access to safety equipment; treatment of workers as disposable people who are easily replaced. “I had no idea where Leamington was,” she says, speaking of her knowledge before the trip. “But after that weekend I realized I couldn’t stop going,”

Encalada knew she had to do something. She launched her activist network, Justicia, an advocate group for the rights of migrant workers, soon after. It is Encalada’s way of trying to fill the void where justice should be in Canada’s temporary foreign worker program: organizing communities of migrant workers and strategizing solutions to issues they face, from unsafe working conditions to sexual assault.

Justicia has since intervened on several Ontario Human Rights Tribunal cases, including one in May 2015. The case exposed the former owner of a fish processing plant in Wheatley, Ont. who coerced female migrant workers to perform sex acts under threats of deportation. Justicia served as advocates and interpreters for the workers who were harassed and, in the end, the tribunal awarded one woman $150,000 and another, her sister, $50,000 as compensation for injury to their dignity, feelings, and self-respect.

Meanwhile, the country’s Temporary Foreign Worker programs, like the Seasonal Agricultural Program (SAWP) and also the Agricultural Stream, violate human rights on Canadian soil, says Encalada. In Ontario alone, the SAWP acts as an annual revolving door of 15,000 desperate migrant workers, largely from Mexico and Guatemala, who want to provide for their families. Encalada helps keep Canada accountable through community-building and intervention strategies.

Racialized immigrants and migrant workers are mistreated similarly, she says. They aren’t often seen as people and when they are, they can be perceived as disenfranchising Canadians of job opportunities. An acute feeling of displacement perpetuated by instances of discrimination she’s experienced has enabled Encalada to sympathize with the plight of migrant workers. As an immigrant, she left Chile in 1981 during a period of political unrest following a bloody dictatorship. Her father immigrated to Canada as a refugee from Chile in 1979 and, two years later, sponsored Encalada, who was then five years old, and her mother. But Encalada wasn’t able to shake the feeling that she wasn’t given a choice. This, in part, made her feel displaced: “I never felt like I belonged in Canada because I was always taught I was different.”

Instead of allowing discrimination to immobilize her, she armed herself with knowledge, and is now on her way to completing a Ph.D. in Social Justice Education at the University of Toronto. She has since educated others as a teacher at York University, focusing on diversity issues and social justice in Canadian workplaces.

Lately, she is busy working to alleviate the damaging effects of Canada’s new four-in-four-out rule for temporary foreign workers, which took effect in April 2015. The legislation applies to the many Guatemalan, Thai, Filipino, Honduran, and Indonesian migrant workers who come to Canada under the Agricultural Stream program. It stipulates that workers stay in Canada for a maximum of four years, after which they must return home for another four years before they can apply to work in Canada again. It has forced droves of men and women back to their countries of origin struggling to rebuild their lives and to support their families once again, says Encalada. In response to this mass exodus from Canada, Justicia tries to keep the community of migrant workers united across race, language, and ethnicity. The group trains migrant workers on their rights, but Encalada admits that isn’t always enough:“Often asserting their rights gets workers deported.”

Encalada recently returned from a trip to Mexico and Guatemala. In both places, she encountered young people with dreams of migration. Some asked her what it’s like to travel by plane. Others asked why some people can travel freely while they are stranded with little or no opportunities. She instructed workers in Guatemala to keep their paperwork from the Agricultural Stream and to remain optimistic; perhaps one day they will return to Canada. Encalada says much of what Justicia does is radical— in the sense that it requires envisioning a world beyond capitalism and a dependency on the suffering of others. “If that’s radical,” she says, “then that’s what I am.”