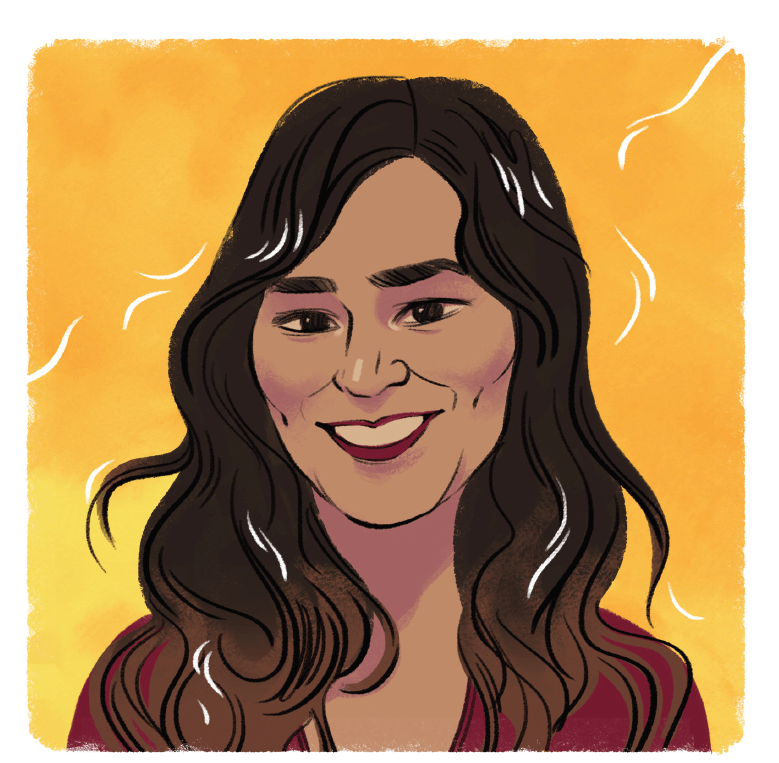 ERICA VIOLET LEE IS A SELF-DESCRIBED “Nēhiyaw Philosopher Queen and Indigenous Feminist,” but the terms activist and writer also aptly describe the 25-year-old University of Saskatchewan student. “The first activism event I did was when I was about five years old,” says Lee, the hint of a smile detectable in her voice, even over Skype. “My mom took me to the legislature in Regina and I said, ‘Help stop the cycle of poverty.’” Lee pauses, scoffing in a gently self-deprecating way, “That was the beginning of my career of being a loud-mouth.”

Lee says she has struggled to own the term activist. “Growing up being poor, Indigenous and in the inner city,” she says, “while having a single mom who raised me and I saw activism as an obligation to living on this planet.” To her, it’s not being silent when you see something’s wrong. Every person, she believes, has a duty to the people and creatures on the planet. Lee’s interests lie with anti-poverty advocacy and Indigenous rights and sovereignty.

Three years ago, she spoke at the first Idle No More movement in Saskatoon: “It was the perfect storm of people feeling tired of taking abuse.” The basis of the movement, she says, is that action and change start in the community. This can offer inspiration on a large-scale level, but each community has to have unique action, tailored to that specific context, to maximize change. For example, she is part of the “One House Many Nations” Idle No More project to raise funds to build safe, sustainable housing for people on reserves without homes.

Lee is particularly interested in colonialism and how this history has shaped Canadian institutions. She started her undergraduate degree taking political science, but says she quickly realized that philosophy offers more opportunity to explore why these institutions exist in Canada. “Going into a university as this young student you are optimistic and excited to learn and hone your skills as an intellectual,” says Lee. “But then coming up against a big barrier when I talk about race, gender, or lived experience is frustrating.” She adds that while some philosophy professors have been supportive, others often struggle to understand her. They can’t, she says, understand why her identity as an Indigenous woman is so important, and ask why she can’t leave it at the door when she goes into a classroom. Lee refuses to separate her identity as an Indigenous woman from her academic experience. She recently tweeted: “It’s 2015 and still, Canadian university classrooms are frequently hostile spaces for Indigenous students,” citing the pervasive racism, colonialism, and patriarchy in lectures, readings, and assignments.

“People still oversimplify Indigenous thought and see it as some sort of new-agey thing,” says Lee. She and her peers have been keeping an eye on one philosophy class in particular. They have informed the university of the ethical responsibility of teaching Indigenous philosophy, but ultimately feel their concerns were unheard. In response, they are holding an event at the same time as an upcoming talk affiliated with the class in question. Their own event will showcase Indigenous scholars and students, highlighting Indigenous academics who confront the stereotypes of what Indigenous systems of thought look like. “I want to make it safer,” says Lee, “for other students in the future to challenge these ways.”

When I ask Lee what role writing plays in her activism, she tells me that she’s been writing since she was a child. It has always made her feel like she’s creating a permanence in the work she’s doing. She also uses it to reach people, a tool she can use to help her community. The name of Lee’s website, Moontime Warrior, is itself a testament to her bold, subversive brand of activism, “The title is a bit tongue-in-cheek,” reads her “about me” section. “[It’s] a term for menstruation in certain communities, and ‘warrior’ is an evocative, often essentialist, usually gendered, Indigenous political identity.”

Lee says she draws inspiration from women such as Rinnelle Harper, an Indigenous Winnipeg teen who survived a vicious attack and who is now bravely speaking out on missing and murdered Indigenous women. “There’s a lot of desire to save or protect Indigenous women,” she says, “in a way that sees us as having no agency or no idea of what we’re doing with ourselves.” Lee says we should constantly be challenging this dangerously paternalistic view of Indigenous women.

She also sees a collective dismissal of agency reflected in society’s approach to sex workers. As a feminist, Lee believes that the way sex workers are viewed in our society needs to be challenged, especially in terms of understanding the colonial context that accompanies Indigenous women in sex work. Conversations about sex work should rest on an acknowledgment of the colonial history of the places these discussions are happening in, says Lee, calling for a more nuanced dialogue.

Later, she lets loose into a peel of surprised, lilting laughter when I break away from more serious questions and ask about her favourite vintage films. After a short, contemplative pause, she says: “I’ve always had a thing for Marilyn Monroe, because I think that she was a great actress. I like to defend her. People hate on Marilyn Monroe, but she owned her sexuality.”