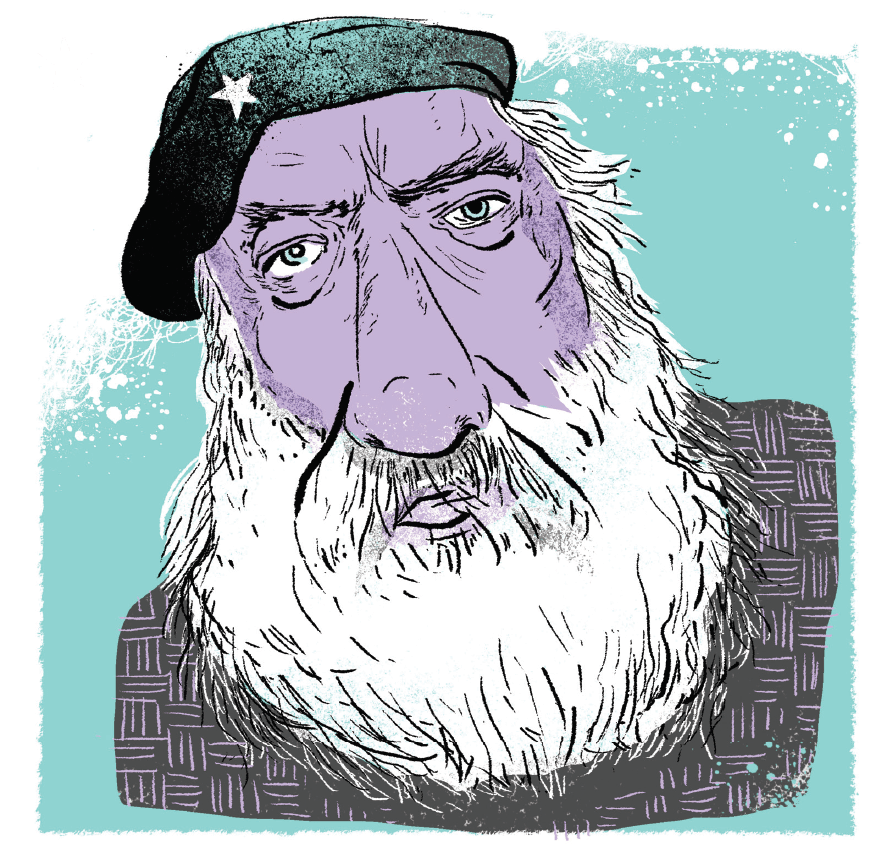 IN 1958, 11-YEAR-OLD JIM DERKSEN was hospitalized for polio for the second time, alongside many other children who’d been caught by the epidemic. The virus caused him to lose the use of his legs when he was just six years old. It was during this hospital trip, however, that he encountered a nurse who verbally abused the young patients and also sometimes hit them. The young Derksen decided he had two choices: speak out or suffer in silence. Derksen chose to speak out; the abuse stopped. It was the moment that changed everything, he says, and when his activism began to take shape.

“I had a growing awareness for the very oppressed social role that I was being put in,” says Derksen. In a dorm room at the University of Winnipeg in the late 1960s, he once again encountered the do-something- or-stay silent choice. His roommate, who was visually impaired, was having difficulty studying. In response, Derksen decided to create a service that transcribed textbooks onto audiotape. He later expanded this idea to include students with learning disabilities, such as dyslexia. His work to better the lives of people with disabilities did not stop there.

He has also worked as a key member of The Manitoba League of Persons with Disabilities. He has helped to change government policy. The Special Parliamentary Committee on the Disabled and the Handicapped used Derksen’s knowledge to draft the 1980 “Obstacles” report, which offered new perspectives on the experiences of people with disabilities and was meant to change the Canadian government’s understanding of people with disabilities. As a part of the United Nations International Year of Disabled Persons in 1982, the UN employed him to lead and organize representatives from 40 countries across the globe to develop policy to include people with disabilities. While he chaired the Winnipeg Taxicab Board in the 1980s, he brought in metered wheelchair-accessible taxis to ensure those who use wheelchairs pay the same fare as those who don’t, making day-to-day life easier for Canadian people with disabilities. He even once followed Jean Chrétien into a washroom, back when he was Canada’s Minister of Justice, to lobby for the inclusion of physical and mental disabilities in the Canadian Charter of Rights and Freedoms. Today, you can find both in Section 15 of the Charter.

Vocal on all aspects of disability rights, Derksen is perhaps loudest on the issue of euthanasia. “Many people with disabilities have been killed in the name of mercy,” he says. Tracy Latimer, who had a severe form of cerebral palsy, was 12 years old when her father, Robert, killed her in 1993. The Latimer case is one Derksen will never forget. Robert put his daughter into his truck and pumped exhaust into the cabin until she was dead. Initially charged with first-degree murder, Robert was convicted (twice) of second-degree murder and ultimately sentenced to life in prison with no chance of parole for 10 years. The judge presiding over Latimer’s case called Tracy’s killing a “compassionate homicide,” and—overruling the minimum sentence—sentenced Robert to less than two years in jail, a decision the Supreme Court of Canada ultimately overturned. Tracy’s death opened up a conversation on what constitutes assisted suicide and how people with disabilities are often not afforded self-determination because of their undervalued place in society.

“There was an unwillingness to prosecute him because he was seen as a victim of his own daughter,” says Derksen, “in the sense that she was so cruel to be so disabled to have caused him to kill her.” Today, many people in the disabilities rights community reject assisted suicide, thanks to the Latimer case, which introduced the fear it would leave people vulnerable. “Many people don’t think our lives have any value,” says Derksen. He argues that assisted suicide in Canada is a product of the participation of people and institutions in the mainstream. He believes they are participating in injustice and adds that it leaves those with disabilities defenseless to those who do not value their lives. Still, he is hopeful for the future of people with disabilities.

Derksen sees an increasing public awareness when it comes to the unfair treatment of those with disabilities. This includes expanding the range of disabilities to address a wide spectrum, such as “invisible disabilities,” like mental health conditions. The self-representation of the autistic community is particularly optimistic, he adds. “They don’t see their autism as a disability but as a difference,” he says. Successful activism is built on a common cause, he says. “Many things become possible when you have a group of people who are impassioned about a cause.”