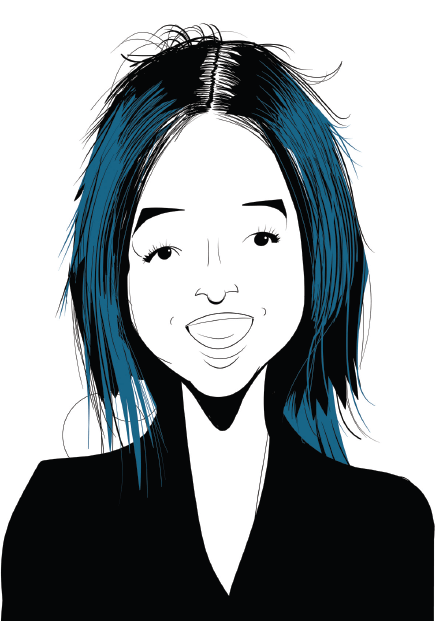 SPREADING LOVE AS AN ACTIVIST can be a tricky balance to achieve, especially for those who do in-depth social justice work in a world rife with pain. Addressing injustice through education is emotionally demanding work and can be disheartening. But co-founder of Love Intersections, Jen Sungshine, practices love with intention. Her work focuses on raising public awareness to address racism in the queer community—something she does through conversation, empathy, and patience.

Sungshine and co-conspirator David Ng started Love Intersections as a blog after witnessing racist misconceptions in Vancouver’s queer community. In 2014, the Vancouver School Board was at work crafting its transgender inclusion policy. When a group of Chinese-Canadian parents opposed the policy, many in the white LGBTQ community responded by expressing ideas such as “people of colour are more homophobic.” Sungshine, who’s queer and Taiwanese, realized something needed to shift.

“We really needed to change that stereotype,” she says, “and we really needed to change that narrative.” She decided to put her artistic skills to work and create a visibility campaign. The result was a series of 15 posters displaying queers of various races, backgrounds, genders, and orientations, printed in the languages of those involved, plus English. The large posters were put up mainly in bus shelters across Vancouver in 2015.
And now, this year, Sungshine and Love Intersections will be doing even more. A recently completed online crowdfunder raised over $5,900—enough money to expand the project. Sungshine will help create two more themed campaigns with posters and videos, along with colleagues and volunteers from Love Intersections and partner organization Our City of Colours, another Vancouver group that addresses issues facing LGBTQ people from a variety of linguistic and cultural communities.

She plans on adding between 15–30 new posters to the mix. The plan is to take the project to schools and community centres, and also outside of Vancouver, raising visibility for queer and trans Indigenous people and people of colour (QTIPOC) throughout B.C. and beyond. “We would love to just invite the community to give us ideas on what the next two things can be,” says Sungshine.

Besides serving on Our City of Colour’s board, Sungshine makes art, works as a contract facilitator for Vancouver’s Out in Schools running anti-homophobia and -transphobia workshops in schools, and does communications and outreach with the University of British Columbia’s Institute for Gender, Race, Sexuality and Social Justice. In all of this, her focus remains committed to learning and teaching, and being an example of someone who “calls in” instead of “calling out.” This means that Sungshine prioritizes connection over criticism, and relationship-building over critical politics. But it doesn’t mean she isn’t fiercely passionate about what she does. And she stresses many approaches are valid and needed.

As a facilitator who works mainly with people from very different backgrounds, she regularly faces the challenge of how to talk about social justice issues like gender, race, and sexuality in a language that will make sense to a variety of people. Most often, she says, it’s simply about meeting people where they are, which may seem like a no-brainer, but can be challenging in the sticky and emotionally fraught territories of discussing oppression, particularly one’s own.

“One of my worst nightmares when I facilitate a workshop is to do so with a group of activists who are all on the same page,” she says. “Once you get folks who are different, there’s tension. And for me as a facilitator, tension is gold.” Out of that tension emerges possibility—and out of conflict, comes possible change in people’s perspectives, she adds.

“Seeing the world through a lens of love has really allowed me to connect with people I never would have connected with without it. I think it’s very easy to be very negative, or to be critical.” Sungshine believes by putting care and empathy into the world, she gets to see others shine—and to be inspired and inspire in turn. Her work is healing her as a person of colour, as a woman, as a queer woman, and as a femme. “It’s people who are the driving force of the work. Social agents of change—they’re like superheroes or something.”

Check out loveintersections.com to see posters and videos from the project and learn more.