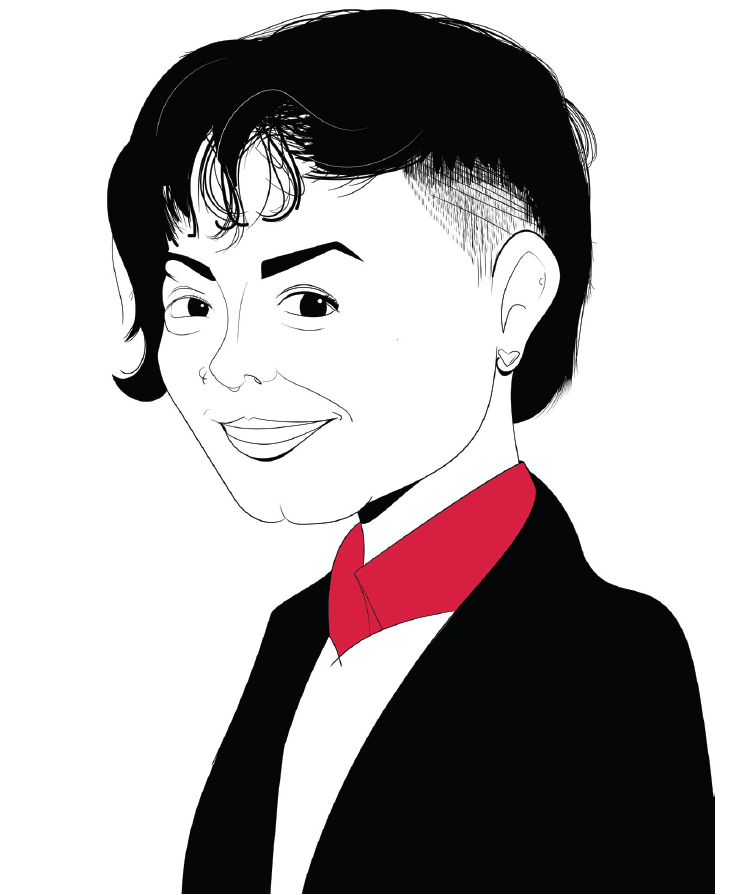 ON MARCH 20, 2008 New College students at the University of Toronto occupied Simcoe Hall to protest a hike in fees during a tuition freeze. The students, who were all people of colour, sat chanting and singing songs hoping to get a meeting with the school’s then president David Naylor. One of the students sitting in Simcoe Hall that day was second-year student Rio Rodriguez—who became one of multiple students arrested for the peaceful sit-in. Things escalated quickly after police arrived and Rodriguez (who identifies as multi-racial gender non-conforming [email protected] person and who uses the pronoun “they”) was injured in the confrontation.

Before this, Rodriguez envisioned U of T as a place to thrive—one that was inclusive and welcoming. Suddenly, they had to re-imagine it as potentially violent for people of colour. Soon, Rodriguez and the other 13 students arrested that day were referred to as the “Fight Fees 14.” The student activists were pressed with criminal charges and, per the conditions of their bail, also escorted to and from classes and restricted from communicating with one another. Naylor later issued a statement that framed the student activists as “thugs” and “violent”, refusing to acknowledge they were just students concerned about their tuition fees.

This incident sparked Rodriguez’s start as a radical historical researcher and, subsequently, the launch of their radical walking tours, which retold the story of U of T as a space that not all students experienced the same way. Highlights of the tour included Robarts Library, Hart House, and Simcoe Hall, all forgotten places of student protests—ranging from solidarity with South African resisters during Apartheid to demands of divestment. Living in Toronto’s famous gay neighbourhood, the Village, at Church and Wellesley while attending school, Rodriguez was once excited to attend the university, which they assumed—like many have—was a utopia for progressive folks. Now they realize even spaces that are presumed to be inclusive and Rodriguez continued the walking tours until they graduated in 2011, with a degree in sexual diversity studies.

Shortly thereafter, they headed to New York and became a researcher with a walking tours group in the lower Eastside and were impressed by the group’s comprehensive programming, especially its ability to take up complicated issues like gentrification and educate people in an accessible way. Rodriguez began to wonder why the Village, sold as a supposed bastion of progressiveness, seemed so over-policed. They often saw police target and harass young Indigenous people and people of colour— sometimes on a nightly basis. Their image of a safe haven was shattered.

In 2012, Rodriguez decided to return to Toronto and to start a new radical history walking tour, this time of the Village. Their first step was intensive research at the Canadian Lesbian and Gay Archives, where they found the histories so often glossed over when the Village is championed as a utopia for everyone. Or, as Rodriguez puts it: “the shiny benefits for some oppress many others.” Through research, they re-centered and uncovered hidden marginal histories, including, but not limited to, “people of colour histories, radical sex working histories, racist removal of public space, and policing.” From there, Rodriguez re-mapped the Village as what it looks like for the “other,” tackling the false narrative that many tourists and Torontonians see each year during the Pride celebrations. One stop on the walk, for example, is an intersection where transgender sex workers have been violently forced off the street. “People only want to map the Village when happy stories, gay legacies, and success are focal points,” says Rodriguez. “No one ever complicates it.”

But there is value in complexity. Today, Rodriguez largely focuses the walk on its youth audience, who, they believe, will benefit from being confronted with ideas that counter mainstream belief about the Village, and also from thinking through their own political analysis and how they form it. Several people now lead the walks, adds Rodriguez, emphasizing they don’t own the tour and that all collaborators bring value to the projec —including those who go on the walks. In 2012, for instance, York University professor Jin Haritaworn took the walk, inspiring Rodriguez to enrol in the university’s master of environmental studies program. They’re now working together and in 2014 won an Early Researchers Award to create Marvellous Grounds, a project that will look at the history of queer of colour organizing and spaces. The goal is to create a book, blog, and digital mapping project, as well as to initiate a series of focus groups.

Rodriguez hopes Marvellous Grounds will sustain itself as an ongoing platform to map and document queer of colour histories. They plan to create an audio version of the tour for their master’s project so that more people can access it globally. When asked why they focused their activism on neighborhoods and mapping, Rodriguez said it was important to look beyond accepted neighbourhoods of places and communities. “It’s not like rainbows organically appeared,” they say. “[We need to] look at how the spaces manifested, but also how they’re built on erasure.”