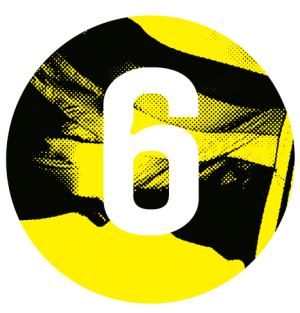 OVER THE PAST SIX YEARS, Stephen Harper’s Conservative government has—surprisingly—become an outspoken champion of gay rights worldwide. In 2009, Harper arranged a private meeting with Ugandan president Yoweri Museveni to urge him to drop a controversial law that would imprison homosexuals for life. In 2011, Immigration Minister John Baird not only launched a pilot program taking up the cause of gay refugees, but took it upon himself to call out an entire meeting of Commonwealth leaders, 41 of 54 of which have anti-gay laws on the books. And so on.

Yet, at the same time, rights on paper don’t always translate into lived rights. And, despite our reputation as a supposed LGBTQ leader, Canada itself is still missing important on-paper rights. Over the past nine years, our federal government’s actions when it comes to LBGTQ rights have been inconsistent—even confounding.

Here in Canada, for instance, queer youth are grossly misrepresented amongst the homeless population, accounting for 25–40 percent. Members of the federal Conservative Party have also actively blocked the advancement of trans rights at home with endless delays of Bill C-279, which seeks to give transgender people basic Charter protections. The back-and-forth doesn’t stop there: The feds cut funding to gay organizations, such as the Canadian HIV/AIDS Legal Network in 2012 and Pride Toronto in 2010—yet a 600-person gay Conservative party called Fabulous Blue Tent was thrown in 2011 to bring gay Conservatives together during the Party’s convention. That same weekend, the Tories passed a resolution supporting religious organizations’ refusal to perform same-sex marriages. Previously, in 2005, Harper had campaigned on the promise to repeal same-sex marriage.

And, it doesn’t stop there. Here, we examine the Conservatives sad, confusing track record:

TRANS RIGHTS
Within the Conservative Party, there are LGBTQsupportive caucus members, but they are in the minority, despite the now-biennial Fabulous Blue Tent party. When Bill C-279—to grant transgender Canadians equal protection under the law—passed through the House of Commons, only 18 of 155 Tory MPs voted in favour. Conservative MP Rob Anders called it a “bathroom bill,” insisting its goal was to give creepy men access to women’s washrooms. All other party MPs who voted were unanimously in support of C-279.

The bill is currently sitting in the Conservative-dominated Senate, and will almost surely be killed at election time—having to retrace its process through the House again. Now more than 10 years in the making, this would be the second time the bill was forced back to square one. Yet, if passed, it will give trans people legal recourse against things such as being fired and being denied housing, and will also make sky-high rates of violence punishable as hate crimes.

HARPER TRIES TO MOVE BACKWARDS
Opposing queer rights is nothing new for Harper. Early on in 1994, he fought plans to introduce same-sex spousal benefits in Canada. In 2005, after same-sex marriage was legalized, he promised to bring legislation defining marriage as “the union of one man and one woman.” When this plan was defeated shortly after his election, he decided to leave the issue alone, saying, “I don’t see reopening this question [of marriage] in the future.”

FUNDING CUTS
After more than 20 years of federal funding, the Canadian HIV/AIDS Legal Network faced cuts in 2012 because it “may have used the funds for advocacy.” After receiving a “significant portion of its funding from Ottawa” over its entire existence, the organization sought renewal of the same funding but the Public Health Agency of Canada rejected 16 of its 20 proposals.

In 2006, shortly after taking power, the Conservative Party also cut the entire budget of a program called Court Challenges, which had made public funds available for individuals launching human rights challenges in court. Used by those making challenges on the basis of sexual orientation and more, the fund had helped homosexual couples secure spousal benefits and achieve equality protection. Harper’s chief of staff from 2005-2008, Ian Brodie, used his PhD to argue the program unfairly empowered homosexuals and other minority groups. The Conservatives had killed the program in 1992 originally, only to have it revived by the Liberals. Now the Cons have resuscitated it, but with a narrowed focus on only linguistic minorities.

PROGRESS, PR, OR SOMETHING ELSE?
Canada’s immigration office under Harper worked with Iranian Railroad for Queer Refugees to fast-track 100 gay Iranians into Canada, saving them from possible execution. Harper also personally lobbied Uganda’s president in 2009 over a law that would imprison gay people for life. Canada even gave $200,000 to Ugandan groups to fight the law. Foreign Affairs Minister John Baird has made repeated international public statements condemning countries that criminalize homosexuality, and during the 2014 Olympics Baird and Harper spoke out against the Russian “gay propaganda” law that makes it illegal for anyone to distribute gay rights materials.

Yet, speaking against the criminalization of LGBTQ people is not the same as active support. In regards to Russia in particular, Ontario Conservative MP Scott Reid, who chairs the Commons’ subcommittee on international human rights, said it’s an issue of freedom of speech. Saskatchewan Conservative backbencher Maurice Vellacott said he believes LGBTQ folks should have basic protections, but that he wouldn’t want his kids exposed to “homosexual propaganda.” These attitudes offer insight into the mixed messages of the Conservative Party when it comes to queer rights. Whatever its motives are for this dissonance, the fact remains there’s a lot of work to be done in this country before queer liberation becomes a reality.