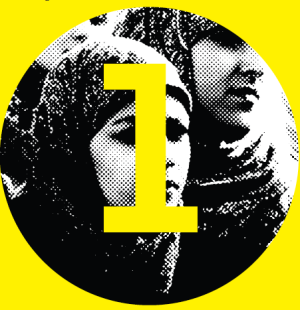 SIX YEARS AGO, then 16-year-old Urooba Jamal was walking home from school in Surrey, B.C. with her two friends, one of whom was wearing hijab. Suddenly, she felt something hit her leg. It was a rock. Then came another and another—more whizzed past her. The culprits were a group of boys, likely no older than 14, who screamed “go home terrorists.” Before Jamal could even think of a reply, the boys ran away. “I remember laughing it off as I told others,” says Jamal, “even though I knew deep down that something just wasn’t right.”

In post -9/11 Canada, such incidents are alarmingly common, especially as mainstream society perceptibly shifts toward Islamophobic attitudes—ones that have been encouraged and fostered throughout the federal Conservative government’s near decade reign. Harper’s government, says Jamal, now a 22-year-old international relations graduate from University of British Columbia, is responsible for capitalizing on such Islamophobic sentiments within Canada and turning that fear and hatred into actual policy and law.

From talks of a niqab ban, to Prime Minister Stephen Harper’s comments about finding radicalized teenagers “whether they’re in a mosque, or somewhere else,” the Islamophobic rhetoric of the Conservative government is, today, more overt than ever. The latter comment—implying that mosques could be hubs for violent radicalization— prompted negative reactions and demands for an apology from the National Council of Canadian Muslims, the Canadian Muslim Lawyers Association, and NDP leader Tom Mulcair.

After the attacks on the French newspaper Charlie Hebdo in January, Harper warned Canadians that an “international jihadist movement,” had declared war on us. It was a statement that undoubtedly spread irrational fears of a foreign threat—ones that could then justify privacy-infringing, human-rights-abusing legislation. After all, what was Harper’s solution to this so-called declaration of war against the West? Promising more anti-terror laws, such as the dangerously problematic Bill C-51 recently been passed into law.

“Bill C-51, under the guise of increased ‘security,’ seeks to criminalize dissent from the general population,” says Jamal. “While it will disproportionately affect many different marginalized groups and activists, Muslims will surely be one of these groups.” Jamal’s concerns are not unfounded, nor uncommon. Along with many outspoken Canadians, human rights groups, such Amnesty International and the Canadian Civil Liberties Association, have expressed their concerns over C-51, which will allow surveillance of anyone caught under the broad and vague new definition of terrorism or of sympathizing with terrorists.

“The term terrorism has also become very broad with bill C51,” says Farheen Khan, a NDP MP candidate, advocate and author. “Anything and everything that’s anti-government is now a threat to national security.” Like Jamal, Khan has also experienced Islamophobia. Shortly after 9/11 she was attacked by a man in her apartment building, first in the elevator and then out in the hallway. Khan wears hijab and is, therefore, visibly Muslim. The man told her that “Muslims are being bad in the world and I’ll show you what that means.”. Khan says she got away after a few minutes by pushing the man away and knocking on the first door she saw. She writes about the experience in her book Behind The Veil: A Hijabi’s Journey To Happiness.

Despite mainstream, white perceptions, these types of incidents didn’t simply simmer out after the immediate post-9/11 anti-Muslim paranoia. To respond to the increase in Islamophobic hate crimes, the National Council of Canadian Muslims has created an online hate-crime tracker. Islamophobia, says Khan, is on the rise. “The reason for that is the government legitimizes that behaviour,” she adds. “His [Harper’s] rhetoric suggests that it’s okay for Canadians to behave in a particular way towards a certain group, towards the Muslim community.”

For immigrants looking to become citizens in Canada, the rise of Islamophobia can be discouraging. “The Conservatives under Harper have turned Islamophobia into a legitimate election platform, one that I fear could catapult them into victory,” says Mohamed Aamer, a 20-year-old international student at University of Toronto studying chemistry and neuroscience. Aamer hopes to become eligible to apply for Canadian citizenship. He describes the fear-mongering sentiments echoed by the Conservatives as “Republican-esque,” and insists Harper is pushing an idea that by not voting for the Conservatives a person is somehow voting in favour of Islamic extremism.

Though there is bubbling frustration with the use of Islamophobia as a campaigning tool by the Conservative government, many are setting their sights on October 19, election day, in the hopes that Canadians may begin to reverse some of the damage done