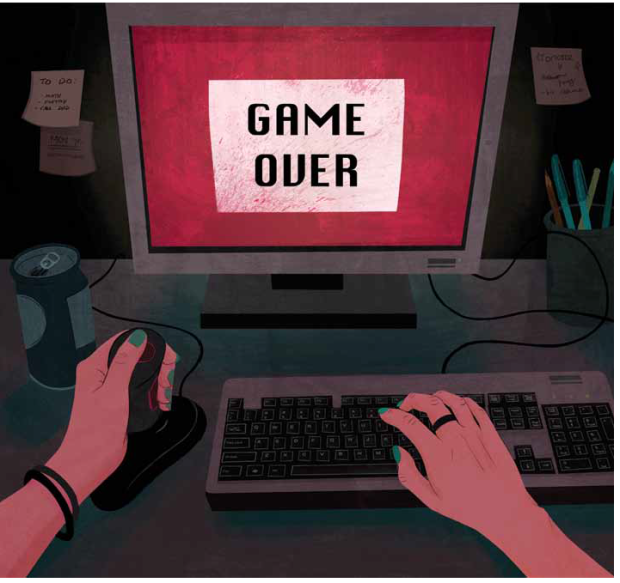 When it comes to feminism and Gamergate, I want to say that feminism—unquestionably—won. But then I think: at what cost? Maybe it’s better to say: we know unequivocally we are on the right side of Gamergate.

There was a Mission Accomplished moment in October 2014, when the New York Times published an article that seemed confused about what Gamergate was and why it was happening—not in a fumbling, tech-illiterate sense, but more of a sense of incredulity. The writer, Nick Wingfield, appeared to be saying: “So you’re harassing women … for liking video games. Huh.” The article was published right after Anita Sarkeesian, a feminist critic best known for her YouTube series “Tropes vs. Women in Video Games,” cancelled an appearance at Utah State University after she received an anonymous threat of a shooting massacre were the talk to go ahead (as a concealed carry state, security at the event could not guarantee no one with a gun would be allowed in the building while Sarkeesian was speaking).

Sadly, Sarkeesian has long been the target of sexist attacks—ever since she first launched a Kickstarter campaign in 2012 to support the series. “The threats against Ms. Sarkeesian are the most noxious example of a weeks-long campaign to discredit or intimidate outspoken critics of the male-dominated gaming industry and its culture,” Wingfield wrote. New York Times may have been removed from the specifics and scope of the Gamergate conflict, yet it was clear the only response could be “this is baffling and terrible.” As an outsider’s perspective, it was invaluable and it illuminated something that was at once crucial and deeply disheartening: that it was even more terrible, and equally baffling, for the women caught up within Gamergate—we are on the wrong end, in the middle of something incomprehensible and horrific. And since October, Gamergate has only become more ridiculous.

Even former avowed Gamergaters have hung up their trilbies and abandoned their positions as everything became more extreme and untenable—or they suddenly found themselves on the opposing side of the harassment campaign. Those within the industry openly made statements against Gamergate, including: gaming companies such as Blizzard and the Entertainment Software Association (commonly know as the ESA and gaming’s top trade group); publications like Game Informer, Polygon, and Giant Bomb; and creative luminaries such as Tim Schafer and Damion Schubert. Some statements where measured, like the ESA’s assertion that “There is no place in the video game community—or our society—for personal attacks and threats.” But others weren’t. Schubert called it “an unprecedented catastrofuck,” which remains one of my favourite combinations of words ever. Even the vaguest of questions about the legitimacy of the movement seemed to evaporate.

And yet—and yet—it is still happening. On January 11, Zoe Quinn wrote a piece called “August Never Ends” on her blog Dispatches from The Quinnspiracy. It charted her struggles to get the legal system to do something about the avalanche of hate spewing her way. She talked about how demolished her life was and continued to be by the campaign. She wrote, in full: “The same wheels of abuse are still turning, five months later. I’ve been coming to terms that this is a part of my life now, trying to figure out what to do about it, and how to move forward with so many people trying to wrap themselves around my ankles. It’s been hard to accept that my old life is gone and that I can never get back to it. But I’ve found purpose in the trauma, in trying to stop it from happening again, to use my experience to show how these things are allowed to happen, and to further a dialog on how to actually stop it. If I can’t go home, maybe I can at least get out of this elevator shaft. Maybe I can help end August. Maybe you can, too.”

As much as there is hope here, and grim determination, and a strength of will that is barely fathomable, there is also so much pain and loss. Quinn’s piece is not the sort of thing that gets written looking back on a hard and well-fought victory—it’s the barest beginning, starting to see the light at the end of the darkest tunnel, the way out of the elevator shaft. Quinn has since gone on to found Crash Override Network, an anti-harassment network that attempts to help victims of Gamergate rebuild their lives and careers after the threats, doxing, and sabotage—a way to provide the support Quinn found lacking in the community. Today, she is taking the extra step to help others. That is victorious. That is what willpower is.

But the cost—my god, the cost. Crash Override Network and services like it are necessary. Certainly, people are going to be suffering the ramifications of this trauma for years, if not their entire lives and careers. In the games publication Giant Bomb’s discussion forums, game developer and tech writer Brianna Wu wrote “I was talking to Zoe Quinn this week, who told me about a folder on her computer called, ‘The ones we lost.’ And it was young girls that wrote her saying they were too scared to become game developers. I started crying because I have another folder just like it.” Wu went on to excoriate those who had not yet spoken out about Gamergate or who were not actively making policies to hire, support, and defend the women targeted, stating “I would suggest every man in this industry has a hell of a lot of soul-searching to do about the part they played in creating this situation.”

For every visible woman who has stepped away from their platform, how many less vocal or less well-known participants have we lost? In the wake of Gamergate, for instance, Kathy Sierra, a tech writer who was once the target of hacker and horrible person weev, walked away from the online persona she’d built as Serious Pony to insulate herself from further violence. Jenn Frank, who had built a nine-year career out of writing about games and was deluged with hatred for a Guardian piece about how women in the games industry are attacked, announced publicly that she was leaving the industry out of fear for her family’s safety. How many young women have chosen not to enter the industry at all? How many game developers have left the industry? How many journalists? How many women stopped participating in online communities and massively multiplayer online and co-op games? How can we possibly know the real numbers of the ones we lost?

The thing is, we can’t. It’s going to take years to sort out the impact on the industry, on the community, on the way games are made and played. Years before we figure out what games journalism can possibly look like in a post-Gamergate world. Years before we can even begin to get a grip on the personal trauma suffered by so many after such a massive campaign of harassment and violence. And before any of that work can be done, Gamergate has to end first. It’s an inevitable victory, perhaps, but one that’s going to leave deep, presently unfathomable scars.