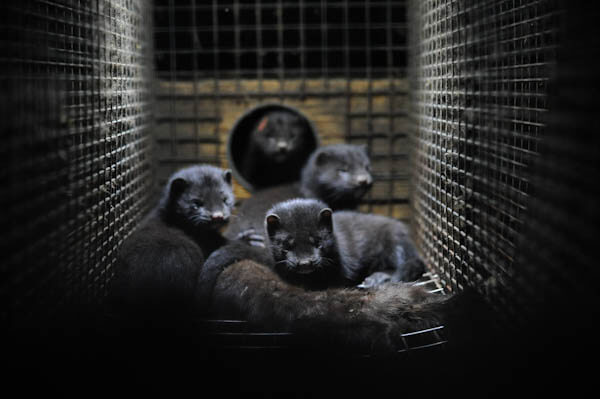 With a camera in hand, Jo-Anne McArthur travels across the globe with a mission: to advocate for the rights of non-human animals, one photograph at a time. For over close to 15 years, the 38-year-old has photographed animals in a wide-range of situations—many of them dire. While some of her pictures are of rescued animals being nursed back to health and safety, McArthur’s images also capture animals moments before execution, struggling to survive under harsh conditions in farms, factories, aquariums, zoos, and auctions. “The animals that we physically abuse and psychologically abuse by the billions are the animals that are totally ignored by everyone,” she says. “No one wants to look at it because it’s painful.”

McArthur is an award-winning photojournalist, author, and animal rights activist who often contributes to undercover investigations for animal rights organizations. It’s not an easy job. In 2010, McArthur was officially diagnosed with post-traumatic stress disorder (PTSD). She first knew something was wrong when she realized her first thought upon waking up every morning was about a pig gestation crate. Though she has since recovered, McArthur realizes she wasn’t giving herself enough time to recuperate between documenting each awful scene of animal cruelty.

Although McArthur’s photographs may be difficult to look at, they’ve received awards for demonstrating compassion and advocacy, including the 2014 Media Award, given by the Institute for Critical Animal Studies, and the 2013 Compassion for Animals Award. The Ottawa-raised photographer even caught the attention of Canadian director, Liz Marshall, who profiled McArthur in the critically-successful 2013 documentary, The Ghosts in Our Machine.

McArthur, however, is used to being the one behind the camera. She fell in love with photography almost by mistake. At University of Ottawa, McArthur majored in geography and English, but happened to take a black and white photography elective. She instantly fell in love with the process and has been taking pictures since. McArthur’s photographs are substantially different than other animal advocacy images: a lot of photographers tend to focus on wildlife and pets, whereas McArthur’s lens has no limits. From insects, mink, rabbits, and bears, to pigs, cows, and penguins, McArthur’s photographs portray animals with a professional quality.

McArthur’s photographs will be regarded by future generations as important documents, says Alanna Devine, the director of animal advocacy for the Society for the Prevention of Cruelty to Animals, an organization that has collaborated with McArthur on projects since 2008. Devine believes McArthur is the “most trusted” person to tell a story about animals through photography, adding she genuinely feels there’s something special about McArthur.

“She has an incredible understanding of what animals needs are and what their lives should be like,” Devine says. “[The animals] sense that she’s doing anything she can. When she’s working, she approaches subject matter with compassion and objectivity.” 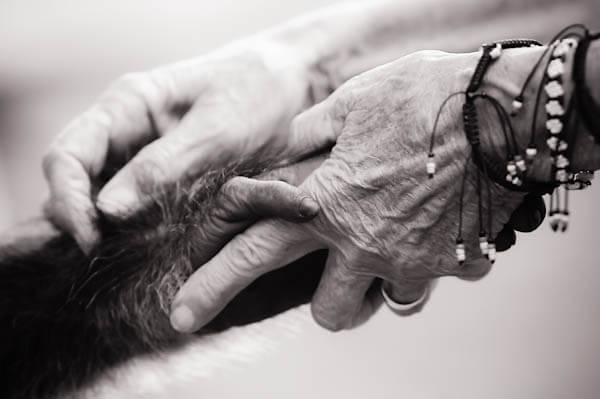 She also has a bit of a rebel streak. It’s next to impossible to do what McArthur does without breaking the law—the photojournalist contributes to several secret investigations across the world with animal rights organizations, risking her safety and freedom to document the cruelty that happens behind farm and factory doors. McArthur and an investigation team were once chased off property by a truck, which hit a team member. Though McArthur’s team member wasn’t seriously injured, she says humans are the most dangerous part of the life-risking job.

Although there’s a dark side to animal advocacy, McArthur recognizes that some people in the industry just need to put food on the table for their families. Factory and farm workers, for the most part, don’t want to be there, McArthur says, adding that the cruelty suffered by animals is extended to the people working undesirable, low-paying, and dangerous jobs at factories and slaughterhouses. But, at the same time, if the industry is trying to hide something behind factory doors, it needs to be exposed.

And in huge part thanks to McArthur, industry secrets are starting to corrode—McArthur has exposed animal cruelty through her photographs and her book, We Animals, a collection of McArthur’s photographs from the past 15 years. Published in 2013, the book captures animals in human-made circumstances, whether they’re being used for fashion, entertainment, food, or research.

And though the book cover boldly shows McArthur’s name, she doesn’t always get the credit she deserves. In the past few years, her investigative photography was published more than ever—but some people thought she had gone off the grid. McArthur often cannot publish her photographs under her name without the risk of getting banned from a country or being sued. McArthur says that as We Animals becomes more visible, it’s a possibility that countries may put two-and-two together and ban her from entering. It’s frustrating that she sometimes can’t show her name, she says, but there’s something more important to animal rights activism than getting credit for it. “I will continue doing investigations as long as I can, because I need to,” she says. “It’s my skill and there aren’t enough people doing it. It’s like I don’t have a choice. It’s what I have to do.”