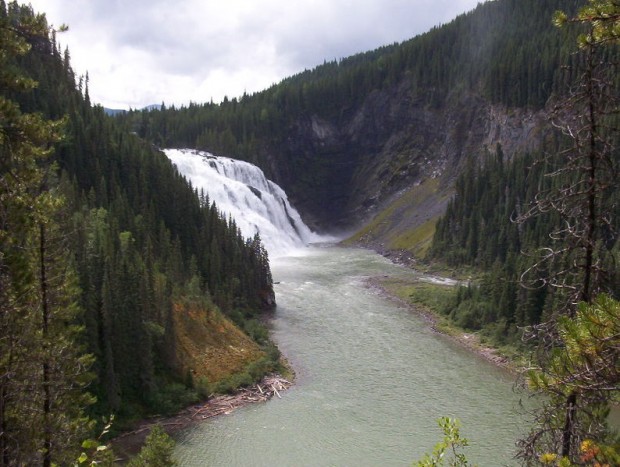 British Columbia introduced its Instant Towns Act in 1965 during the height of an industrial boom. The policy’s purpose was exactly what the quirky name suggests: to allow the government to instantly grant municipal status to the many informal settlements surrounding its natural resources. The idea was that instant towns could prevent some of the problems of company towns, which had a habit of becoming ghost towns, by empowering local governments to create real communities.

Not everything went as planned. Four decades and a dozen such towns later, many once-vibrant communities were near death as mills and mines shut down or shipped out. The government was, however, right about one thing: towns aren’t so quick to grab the tombstone. Here’s how four post–Instant Towns are embracing their abundant resources, natural and artificial, in hopes of a greener second life.

Industry: Hydroelectricity
Incorporated: 1965
Population: 1,012
Hudson’s Hope was incorporated in 1965 when it became the second-largest municipality in B.C. Dubbed the “Land of Dinosaurs and Dams,” the town is rich with fossils. There are more than 1,700 dinosaur tracks in the area dating back to the Early Cretaceous Period. They even have their own dinosaur—the Hudsonelpidia—that was named for the town.

Industry: Pulp and paper
Incorporated: 1966
Population: 5,452 (2006)
Mackenzie is home to the world’s largest tree-crusher. Indeed, in 1968 the 175-tonne behemoth flattened a 1,773-square- kilometre patch of woodland that would become Williston Lake, the province’s largest reservoir. The town has since incorporated the tree-crusher, which sat idle for years, as a central attraction in the town’s push for tourism.

Industry: Coal
Incorporated: 1981
Population: 2,454
Tumbler Ridge bills itself as the “Waterfall Capital of the North.” Kinuseo Falls is taller than Niagara at nearly 200 feet. The Cascades are 10 waterfalls that are all located within a few kilometres of each other. The community also holds an annual music festival—Grizfest—which this year hosted April Wine, Platinum Blonde, and children’s entertainers Sharon & Bram.

Industry: Coal
Incorporated: 1971
Population: 2,463
Elkford may be a coal town, but nature still dominates. Indeed, the town’s website calls it a place where “humanity borrows a bit of space.” Currently, Elkford is repositioning itself as a good getaway for photographers. If would-be tourists are brave, they can try to snap some of the area’s grizzlies, elk, lynx, or wolves. If not, there’s always the Elkford webcam.