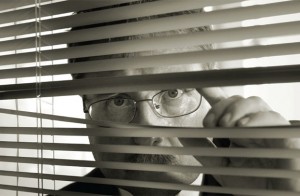 Dear Progressive Detective: I heard police arrested a man at the Pearson International Airport in Toronto after receiving a tip from Canada’s Suspicious Incident Reporting System, which alleged the man intended to join a Somali terrorist group. I’m concerned: what is SIRS, and how might the Government’s security efforts affect my civil liberties and right to privacy?

Mohamed Hersi was arrested in March as he was preparing to board a plane for Cairo to study Arabic. The 25-year-old security guard’s employer had submitted a Suspicious Incident Report based on web browsing it deemed “suspicious.” Charged with attempting to participate in a terrorist activity and counseling another person to do the same, Hersi’s case is still before the courts. Though out on bail, he’s hardly free—Hersi can’t apply for a passport or access the internet. He must be accompanied by a surety at all times.

The RCMP describes SIRS as an online service allowing operators of certain companies in sectors such as transit, finance, and energy to file reports on any suspicious activity they witness. The Mounties, CSIS, and other relevant agencies are notified upon a report’s submission. RCMP spokesperson Greg Cox says SIRS allows the RCMP to “develop crucial partnerships, support investigations, and maintain continuous dialogue with internal and external partners on shared national security concerns.”

But according to civil liberty and privacy experts, information sharing may be cause for worry. The government is collecting information about people who have yet to—or may never—commit a crime. Micheal Vonn, of the British Columbia Civil Liberties Association, calls this connecting the dots before knowing if those dots will be useful. To her, such “info grabs” are counterintuitive. “If you’re looking for a needle in a haystack,” she says, “these systems provide more hay, not the needle.”

Vonn fears the fate of Maher Arar, deported and tortured because of “suspicions” he associated with alleged terrorists, will be repeated. “Information sharing has ramifications for privacy,” she adds, “and the sense that we aren’t being assessed as people, but by our data shadow.”

To its credit, the RCMP is fairly transparent; SIRS is monitored by the Privacy Commissioner. But any sighs of relief may—for now—be premature. As Sukanya Pillay, of the Canadian Civil Liberties Association, stresses, civil liberties and privacy must be respected. “Concerns arise when these liberties are chipped away,” she says. “That’s when a country starts to change.”