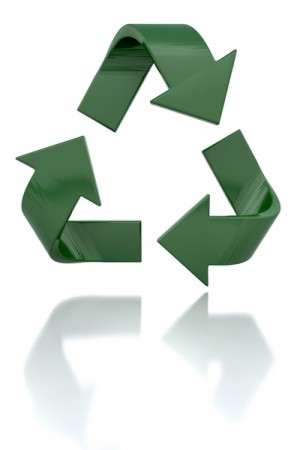 On October 1st, consumers in B.C. will shoulder a price increase on small appliances. But this modest fee will make a big impact on waste reduction throughout the province.

Tomorrow, The Canadian Electrical Stewardship Association is launching Unplugged, a small appliance recycling program. The motivation: over 2 million small appliances wind up in British Columbia’s landfills annually. Never before seen in Canada, this program will accept over 120 types of small appliances, saving even your electric toothbrush from the landfill.

The program is non-profit, non-governmental, and completely funded by the consumer surcharge. The small hike covers a free drop-off at the 100+ drop-off stations located across the province, as well as all recycling, transportation, and collection costs incurred by the program. Purveyors of the initiative ensure consumers that the recycling fee is not a tax, as the money is not gathered or tracked by the government. But it is on the government’s radar as Environment Minister Terry Lake sings his praises in the business review canada earlier this month.

With all the expected benefits of increased recycling, such as the re-use of aluminum which takes 95% less energy than it does to produce it with raw materials, the program is not without its critics. Although the public will be able to view data such as how much material picked up is actually recycled in Unplugged’s planned annual report, some still worry about a lack of transparency.

This article expresses concern regarding the non-disclosure of processing partners prior to contract completion. These concerns address the export practises of the potential partners as recycling depots can be known to dump electronic waste on developing countries. However, the identities of the partners are scheduled to be posted when the program launches.

With the timely acceptance of such products as bathroom scales (bring on the turkey), beard trimmers (sweet Movember), and gelato makers (no excuse, but have you ever actually used it?), the West is showing up the rest of Canada once again as a recycler’s haven — although this PEI fisherman’s DIY approach to reusing is also a classic and oh-so-poetic.