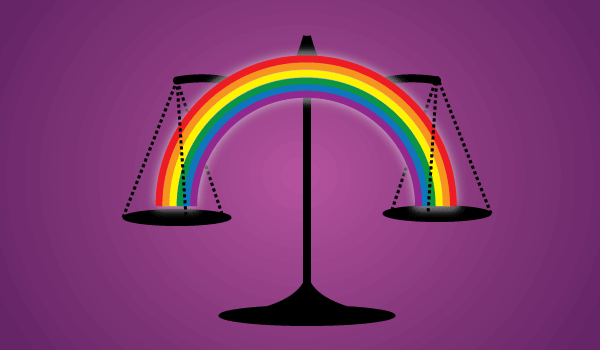 Queer rights are on trial left, right and centre this month.

Here in Canada, an HIV-positive gay couple from the States has won their appeal against Citizenship and Immigration Canada. Until now, the majority of HIV-positive applicants have been excluded because of the excessive burden they posed on health services. This couple was initially rejected, but appealed on the basis that they could afford to cover their own health costs. CIC might still choose to appeal themselves, but the case is still encouraging for future HIV-positive immigrants to Canada — providing they have some cash behind them. Xtra has more here.

Meanwhile at the Ontario Superior Court, an HIV-positive man named Kyle Freeman is challenging the ban on blood donation by gay men. The trial moved to closing comments last week, and a decision is expected in a few weeks. Freeman’s lawyer Patricia LeFebour said in her closing remarks, “The current rule unfairly singles out the entire gay population,” and “doesn’t take into account the reality of today’s HIV statistics of gay men.”

Across the border, an interesting legal challenge has begun against the ban on same-sex marriage in California. Perry v. Schwarzenegger opened on Monday, and there is some speculation that this case may progress all the way to the US Supreme Court. Queer rights groups are divided over whether this would be good news. Some claim public opinion in the US is still deeply divided over gay marriage and for the Supreme Court to rule in its favour would trigger a major backlash. Others think a favourable ruling from the Supreme Court is unlikely, and that an unfavourable one could set the cause back a decade or more. The New Yorker has an interesting piece on the case, and you can also track the progress of the trial at this new Courage Campaign blog.

In Uganda, it is still unclear whether a bill imposing life sentences and even execution for homosexuality will pass into law. President Museveni has intervened, saying that the death penalty is a bridge too far, but the harsh prison sentences may still remain part of the bill. In the meantime though, debate over the bill is stirring up some seriously ugly anti-gay sentiment in the country.