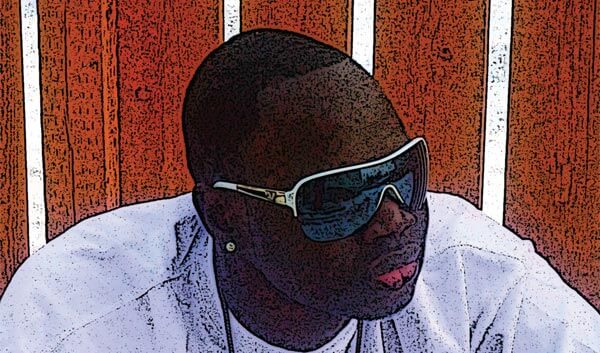 Mijok Lang may not know how old he is, but he has no doubt where he comes from. He remembers, as a child, singing a familiar tribal song with friends. It was the only way, he says, that they could keep lions and other animals at bay in the jungles of Sudan and Ethiopia as they ran from would-be killers.

Mijok, now more widely known by his hip hop pseudonym Hot Dogg, is one of more than 30,000 refugee children known as the “Lost Boys,” who were victims of a civil war that overtook Sudan in 1983 and continued into the 1990s.

Today Hot Dogg—the name is a product of a cultural misunderstanding at a McDonald’s—is a hip-hop artist who has taken his harrowing journey and turned it into positive, spiritual messages expressed through the music he embraced when he first arrived in Canada in 2004.

Of his life during the civil war, he says, “That’s when I became myself; that’s when I lost my family.” Women and young girls were often raped and taken as slaves. “They have to get rid of the elders first. They took all the men. They tortured them, they killed them. When all this torture was happening, that’s the time we ran into the jungle,” he says.

After what Mijok says were months of trekking through the jungles, he and his brother Thirik found themselves in Kenya, where a measure of stability finally began to enter Mijok’s life. His outgoing, humorous personality came out and, thanks to an aid agency, he ended up studying at a private school. He did well enough to receive a scholarship.

Thirik and some other Lost Boys were given the chance to move to the U.S., but Mijok missed his opportunity due to bad timing. Hearing that the Canadian and Australian governments would be visiting a camp in the north, Mijok made his way to the camp where, miraculously, he found his sister, Nyokjak Lang.

That’s where his story takes an unusual spiritual turn. He says his prayers were answered after writing a letter to God one night, asking him why he had found himself stuck in Kenya without family. Even though he never mailed the letter to anyone, a pastor on TV, he says, responded. Mijok says the pastor, the Reverend Benny Hinn, mentioned him by name on TV and told him to sit tight because he would get good news in two weeks. Two weeks later, Mijok got word that he had been accepted as a refugee to Canada.

He ended up moving to Winnipeg, where his sister had already relocated. He enrolled in high school and began a new life. To this day, Mijok desperately wants to know how old he actually is. After much soul searching over the path he should take, Mijok says God told him in a dream to become a musician and tell the stories he had experienced in his youth.

Following chance meetings with hip-hop artists Fresh IE and K’naan, Mijok has grown as a musician and has begun receiving attention for his work and the stories he shares. He released his first album, Lost in War, in 2008, and since then he has toured Canada, the U.S. and Australia. He donates proceeds from his performances to charities doing humanitarian work in Sudan.

And in a fitting bookend to his story, Mijok recently came into contact with his mother again. He hopes his next album, slated for summer 2011, will earn enough for him to visit her.