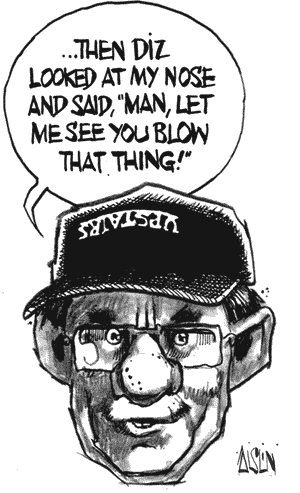 In early fall of 1950, Len Dobbin stepped out of a listening booth on Rue Ste-Catherine in Montreal to find himself confronted by five New York jazz enthusiasts seeking potential founders for a satellite jazz appreciation society. Only 15 years old at the time, Dobbin had never met enough fans to think the project would succeed, but he agreed to give it a shot. As it turned out, there was enough interest in the city to sustain the club for almost a decade, but, more importantly for Montreal, the experience was enough to get Dobbin hooked indefinitely.

He spent the next six decades as a self-described “friend to jazz,” though his tireless enthusiasm as a journalist, photographer, promoter, researcher, and fan—almost entirely without pay—suggests an unusually demanding definition of friendship. His years post-retirement were dedicated to promoting young musicians, popularizing jazz in print and on the air, connecting musicians to one another, and bringing talent to the city. At 74, his stories and encyclopedic memory bordered on mythical: the man had photographed Miles Davis, gone clubbing with John Coltrane, earned a song dedication by baritone saxophonist Pepper Adams, and hosted some 1,500 radio shows.

When Dobbin died in July—after falling ill at his favourite Montreal jazz haunt during the world’s largest jazz festival—the city lost a great player in (surely not coincidentally) one of the healthiest jazz communities on the continent. But it is hard to tabulate Dobbin’s impact. It’s also hard to understand precisely his role: he was a trained accountant, a man who reportedly owned a jazz instrument for only a day in his life, but also, by all accounts, he was an integral part of the music scene.

Perhaps Dobbin’s passion offers us a model. As one of the first widely popularized improvisational art forms, jazz is often cited as a performance by all involved: without a score or conductor to follow, a piece relies on performers to generate its shape and depends on listeners to create its meaning, by becoming aware of the possibilities presented by each shifting cadence and making sense of how they are resolved. Never a musician, Dobbin was, perhaps, the ultimate listener: he heard potential in Montreal’s artists and denizens and did his best to realize its meaning.