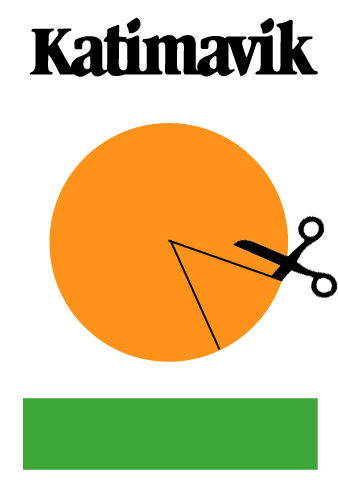 Before his experience with the youth volunteer program Katimavik, Kamloops resident Erik Nelson subscribed to the usual Quebec stereotypes. “Out here in the West,” he says, “we kind of view Quebec in a very simple light: as the angry, dissatisfied province.”

Nine months later, you’ll find Nelson busy planning ways to feed his new-found “obsession” with French-Canadian culture. Nelson credits the program for his change of heart. However, he’s not too impressed with Katimavik now. Like many, Nelson’s concern centres on recent “drastic changes” to the program. Starting this year, Katimavik is taking fewer volunteers, working in fewer communities and, for the first time, charging its participants.

Admittedly, Katimavik has been on the brink before. Launched in 1977 by Pierre Trudeau’s government, Katimavik was originally designed to solve Canada’s unity problem. Groups of youth from across Canada were cycled through three different communities, where they worked at non-profit organizations, lived together, and learned about the country’s cultural variety. Katimavik received its first blow in 1986, when Brian Mulroney’s government completely dismantled it. Jean Chrétien restarted it in 1994.

The program now has a three-year funding agreement with the Conservative government. Currently in its first year, the agreement will eventually cut Katimavik’s budget by a quarter, resulting in a yearly $4.7 million yearly shortfall. “Katimavik is certainly not as strong, and it is certainly not as able to create powerful Canadian citizens the way it could,” says Justin Trudeau, the opposition critic for youth, citizenship and immigration, and a former chair of the Katimavik board of directors.

The money isn’t the only thing that’s been cut. In order to balance its budget, the new funding agreement has forced Katimavik to cut back in many ways: it has reduced the number of participants to 1,000, down from 4,000 in the early ’80s; the program length has been cut from nine months to six; and, instead of being free, participants now must pay fees of up to $535, $350 of which is refunded upon successful completion of the program.

Trudeau doesn’t like the new fee structure. “It was something that was supposed to be accessible to all young Canadians,” he says, “regardless of social or economic status, regardless of education.”

Publicly, Katimavik has stated the cuts aren’t all bad, as they now have secure fiscal support, and are encouraged to diversify funding and look for new financial partners. But some former participants, such as Nelson, aren’t buying it: “I think we are seeing the beginning of the end for Katimavik, honestly.” For Trudeau, the changes are just another step away from his father’s vision. “Katimavik continues to fail to live up to it,” he says. “We haven’t had the capacity in this program to respond to the demand, to give opportunities to the tens of thousands of young people who would love to do this program.”