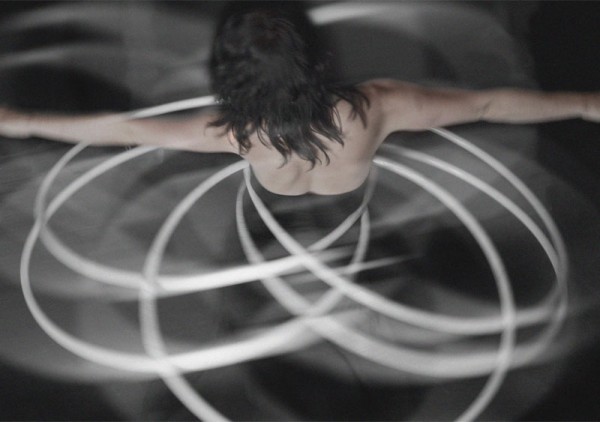 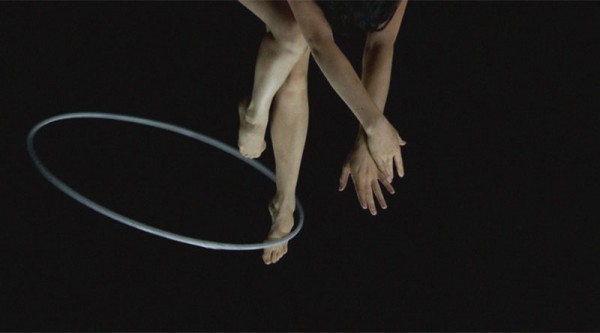 Dance is an art form often discussed in terms of its complexity and mystery. “How can we know the dancer from the dance?” W.B. Yeats famously asked. One wonders, then, what he would make of dance film. For when you add a second layer—the dance of a director’s eye and viewfinder around the dancer—you get an even more elaborate set of artistic relationships. It’s in this genre that Canadian filmmaker Marites Carino is gaining national and international attention.

Also known as dance for camera, dance film “is two choreographies in one,” Carino explains by phone from Montreal’s Mile End, where she runs the production company Video Signatures. For example, in her most recent dance film, HOOP, which explores the relationship of a single performer with a seemingly simple child’s toy, dancer Rebecca Halls choreographed her steps while Carino’s task was to choreograph the camera’s movement around her, creating the composition of shots and the film’s overall structure.

“HOOP isn’t a normal kind of dance film compared to anything else I’ve seen,” Carino admits. “Let’s face it—contemporary dance, it ain’t accessible to the average Joe. I want to appeal to people not just with a dance background. I have a dance background, but I’m also trained to tell stories through journalism, and I’m interested in creating a more photographic kind of environment.” As a result, you could pull out any of HOOP’s frames and hang it on your wall, yet the film as a whole remains fluid and expressive.

Carino’s camerawork communicates the themes— disorientation, fragmentation, suspension, perception, progression—in how it reveals the dancer’s interaction with space, with the hoops, and with her own body within those elements. The film is playful, tender, sensual, ecstatic. Many scenes, like a suspended hoop tunnel or the dancer’s legs floating in mid-air, leave you wondering how the effect was achieved.

“I felt like a magician working backwards,” Carino says of the intense planning, noting it is something you could never replicate in a live show.

All of Carino’s experience comes to bear behind her cinematic composition. Trained in ballet and contemporary dance, she has a postgraduate degree in broadcast journalism and several documentary films, in addition to the dance films, under her belt.

Carino’s unique blend of talents has the Canadian and international dance film communities taking notice. Commissioned by Canada’s Bravo!FACT program in 2009, HOOP earned Carino an artist residency last year as part of the DANCE MOViES Commission at the Experimental Media and Performing Arts Center (EMPAC) in Troy, New York. It screened at the Cinedans festival in Amsterdam late last year, and will be at the Dance on Camera Festival at New York’s Lincoln Center this month. Heady stuff for a self-described ballet “bunhead” from Saskatoon.

“I feel like I’m finally going somewhere,” Carino says. “Doing this on your own can be very lonely, but at the residency I felt like an artistic princess!” Her experience of what’s possible with professional resources means she’s now hoping for a HOOP follow up. She’s shy with the details, but hints it will have to do with fire hoops and Iceland.

In the meantime, however, it’s a life of pitching and proposals, and waiting. “I want to do more,” Carino sighs, “but there are so many hoops to go through.” Pause. “I didn’t even mean to make that pun.”