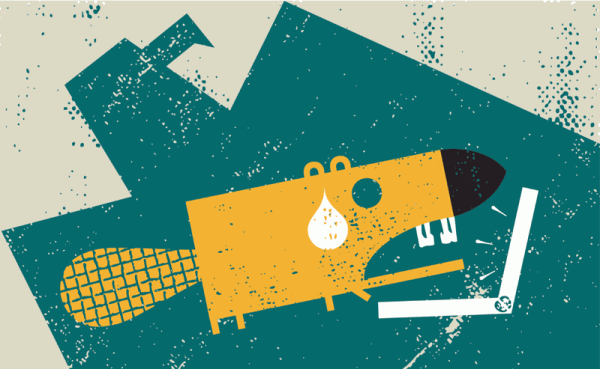 In 1999, the Canadian Radio-television and Telecommunications Commission took a hard look at the then-burgeoning internet. They then did what many Canadians would consider a very un-CRTC-like thing: they decided not to regulate it.

That may come as something of a surprise, as we tend to think that if the CRTC has a thing, it’s regulating stuff. They are, after all, the people known primarily for “CanCon” rules, the quotas that dictate that a certain percentage of programming on Canadian radio and television is made in Canada.

Yet at the time, the Commission’s logic for not touching the web was twofold. First, it felt that the bulk of material online consisted “predominantly of alphanumeric text,” and thus simply wasn’t theirs to regulate; second, it seemed Canadians were both consuming and making lots of Canadian content just fine on their own.

Eleven years later, the internet is a different place. The big change is that, whether on YouTube or the sites of Canadian TV networks, we are watching millions of videos a day. What’s more, we also have unfettered access to TV and film through online services like iTunes, and, since September, streaming video through the U.S.based Netflix. With this sudden online expansion of our entertainment and cultural choices, it may be time for Canada to not only change its approach to regulation, but the entire CanCon concept itself.

Though always contentious, the need for CanCon in our culture’s most dominant medium, TV, has compelling evidence behind it. Except for Hockey Night in Canada, the top 20 most-watched shows in Canada are all made in America. Though there are many reasons why, money is the big one. The pilot episode for ABC’s Lost was widely rumoured to have a budget of around $12 million. That’s as much as or more than many Canadian dramas get for an entire season. The disparity in financial backing—and, consequently, in cultural influence—is often stark. Legitimate debate rages over whether regulation is the best way to solve this gap, but the dominance of American media is likely to increase following the arrival this September of streaming-video service Netflix, allowing users to watch movies and TV shows on their PCs or, with the right equipment, TVs. The growing service already has 15 million subscribers in the U.S., and the company has become so well-known that even Ottawa-based Zip.ca has for years advertised itself as Canada’s Netflix.

But because Netflix delivers content over the web, it’s not subject to any CanCon regulation by the CRTC, and is under no obligation to deliver Canadian content. Similar services from Apple, Microsoft, and Sony are also free to sell and rent whatever they please. Because it’s relatively easy to license Canadian content, and because Canadians will watch it, most services do launch with some Canadian shows and music. But as more and more of these services spring up, Canadians will have increasing access to online broadcast channels untouched by CanCon requirements.

The answer, it would seem, would be to regulate them. When the CRTC initially chose to leave the web alone, it did so because it felt the market was doing an adequate job of protecting Canadian interests. But a decade later, market economics have done what they always do: they created a link between capital and cultural clout, and wealthy American giants like Netflix and Apple will soon have even more influence over what we watch.

What’s more, if media is the fodder for the conversations we have on Facebook and Twitter about the contemporary moment, it’s hard not to talk about those ubiquitous American shows. If you want to chat about body issues, it’s Mad Men’s Christina Hendricks you talk about. The web is a global conversation, and in a world in which U.S. cultural production is everywhere, American culture often becomes our shared reference point.

But even amidst this changing landscape, regulating the web is not the answer. In fact, the cyclical relationship between web hype and pop culture means that regulation is far less effective than relevance. CanCon was effective in a world with a few limited TV channels to choose from; the nearly limitless bandwidth of the web has changed the game.

To become more present in Canadian culture, Canadian media must provide its own fodder for online chatter, links, and debate. What this means is that rather than regulating the delivery system, we need to fund homegrown arts and culture to ensure the internet pipe into every home is filled with high-quality Canadian content.

Forget the free-marketeers’ response that “Canadian media should stand on its own two feet.” We need to acknowledge that the web has expanded our cultural choices well beyond Canadian borders. For Canadians to have and keep our own points of reference that speak to our own issues, we must fund them so that, placed side by side with American or British counterparts, there is no reason to click away.

Fortunately, this path has a precedent. Recent examples from television like Corner Gas and Being Erica prove that when Canadians are given high-quality programming from their own backyards, they will flock to it. In the face of the web and massively expanded competition from across the world, Canada must continue to invest in its own cultural industries if it too wishes to be part of that global conversation.