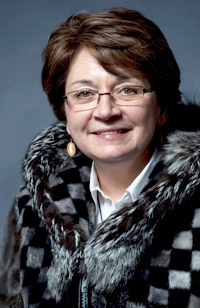 In today’s episode of Listen to This, associate editor Nick Taylor-Vaisey brings us the second in his three part series of interviews with Canada’s top aboriginal leaders. In Podcast #017, Nick talked with Clément Chartier, president of the Metis National Council.

Today, Nick talks — by a crackly phone connection — with Mary Simon, leader of Inuit Tapiriit Kanatami, the national organization of Inuit people, about the issues that are most pressing for the approximately 55,000 Inuit people that ITK represents, including education, mental health, the massive threat of climate change, a landmark lawsuit against the European Union’s ban on seal products, and more.