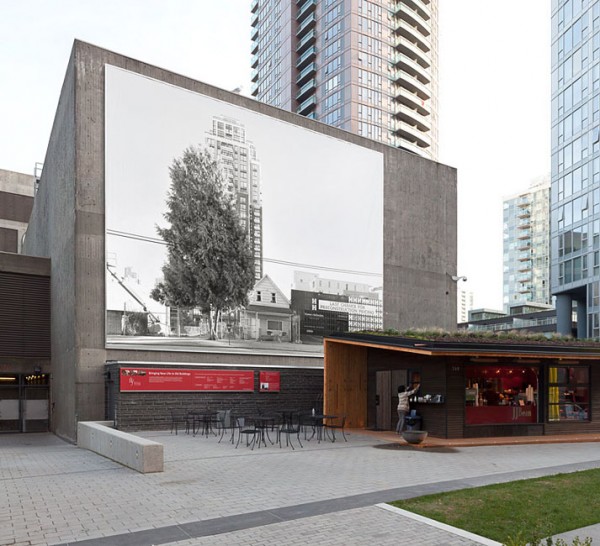 Even after all its Olympic-related world-class-city posturing, Vancouver remains very much at odds with itself. At once a bedroom community, a wannabe metropolis, and the centre of a long-running real-estate boom, the city is like a teenager who keeps changing her clothes, says visual artist Eric Deis. “Kids grow up, they push boundaries, they try different things. I think that’s what’s happening with this city,” he says.

We’re leafing through a collection of Deis’s photographs at his studio in Vancouver’s Mount Pleasant neighbourhood, a few blocks from his home. It’s a Friday morning in May, and the first signs of summer have cast a new optimism over the city like they always do at this time of year, as if challenging more restless residents to tough it out and stay. But if the 30-year-old Deis has his way, this could be his last year in Vancouver. Like any serious artist, he wants to go where the opportunity lies. Despite years of photographic work documenting the city, plus a large-scale public installation and a well-received gallery show this year, it’s just not here.

“I’ve explored all my opportunities in Vancouver, and I’ve kind of maxed out,” Deis explains. “Vancouver’s cost of living is so high, but I don’t think the return of what you’re getting out of living in the city is on par. Sure, it has mountains, you can go skiing, you can take your yacht for a spin. But as far as cultural stuff, it kind of pales in comparison to other places.”

Deis’s complaints are common. Provincial government cuts to arts funding in the last year have left British Columbia’s arts and culture sectors reeling, and an unstable real-estate market creates increasingly prohibitive conditions for young people to live affordably in the city. Deis’s work—mostly large-format photography of architecture and urban spaces—depicts Vancouver in the midst of this transition. His focus on construction sites, homes on the cusp of demolition, and tensions surrounding gentrification and real estate development also capture the conditions that compel people like him to leave town. His images often take on the character of dioramas in their forfeiture of single-subject focus for wide-ranging narrative studies of streetscapes and inbetween spaces.

In Last Chance, Deis captures a new condominium development on Richards Street. The street sits on the boundary of Yaletown, an upscale downtown neighbourhood that has grown rapidly over the last 15 years into a forest of high-rise condo properties. A small green bungalow stands beside the banners advertising the condominiums. The house, affectionately known by locals as “the little green house,” was eventually demolished in the condo construction process. Last Chance was installed as a large-format photograph on the wall of Vancouver’s CBC building in April, where it stayed for five months. Deis’s other works, such as the luminous Hipsters and Drug Dealer, inhabit similar moods of loss and transformation. Seen together, Deis’s photographs comprise an intriguing series that deftly captures urban history in a seemingly ageless and perpetually adolescent city. 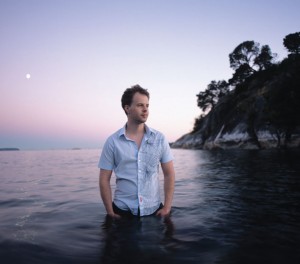 Deis is no stranger to transition himself. Born on a military base on B.C.’s Queen Charlotte Islands, he was raised in Red Deer, Alberta, attended art school in Vancouver, completed an MFA in San Diego, and returned to Vancouver in 2004. He’s not sure where he’ll move next, but like many emerging artists his age, survival as an artist in Vancouver isn’t likely. “They haven’t built an office tower [in Vancouver] in the last 20 years, because it’s three times more profitable to build a condo tower. That changes the dynamic of the city,” he says. “Vancouver, instead of becoming an economic or business hub, becomes a sleepy suburb.” Downtown’s suburban turn is rooted in condo marketing to baby boomers in search of a second mortgage, Deis says, not a first home.

Deis’s sharp eye and idiosyncratic photography—at once self-aware and critical of its surroundings—presents a brilliant reflection of a changing city at the end of a decade. Too bad he’s so eager to leave.