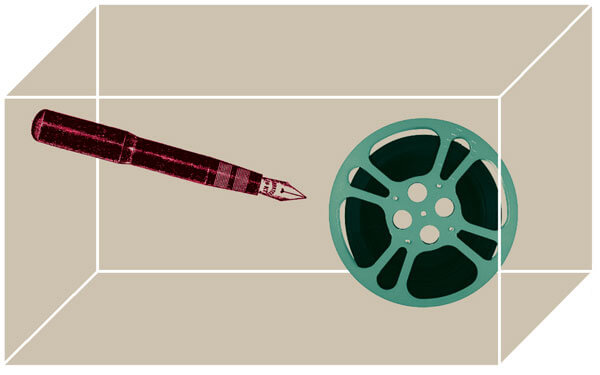 The epic wars of the past between filmmakers and critics—Vincent Canby’s mano a mano with James Toback, James Cameron going cuckoo for Cocoa Puffs on any critic who looks at him funny, or the minor dustup that happened at last year’s Sundance Film Festival, in which a producer’s rep was punched in the face by critic John Anderson—are now few and far between. As German director Wim Wenders noted, “Filmmakers and critics wrote about each other and sometimes very harshly. This no longer exists.” Why is that?

Recently, I met a Canadian director at a film festival and a few days later watched his film, a piece of work so appallingly awful that by the end of it I was physically angry. I wanted to hit someone or something. If this had been his directorial debut, I could have forgiven it, or at least had some greater amount of sympathy.

But it was only the last in a long line of terrible films, each one perfectly, utterly bad. Somehow, in nice Canadian fashion, this man was allowed to keep on keeping on, supported and helped along. “Someone ought to stop you,” I thought. “Lock you in a basement, tie you to a chair, take away your socks and shoes, anything, so you can never make another film again.”

Extreme? Perhaps. But you will notice I have not mentioned his name. If I write something scathing about a film, I will no doubt find myself at a party a few weeks later with said filmmaker. He might pop me in the eye.

The relationship between critics and filmmakers is too close, too cautious. In literary circles, a great many critics write under a nom de plume, merely to review work with some degree of impunity. This isn’t as easy in film circles. Mostly, I do my best to avoid the entire thing, and foster some type of mild to moderate misanthropia, just enough to discourage too much contact.

It would be a nice idea—pure and clean—if critics could be kept in a separate holding pen, secluded from the artist until they have rendered their verdict on a given film. Largely, that’s not possible. In Canada, the pool is about an inch deep, and barely two feet across. Juries, panels, and film festivals also add another layer of complication. It’s a small world.

Critics do form attachments, crushes or hate-ons for certain filmmakers, and it can affect their judgment. In Gerald Peary’s documentary For the Love of Movies: The Story of American Film Criticism, the dual and dueling forces of Andrew Sarris and Pauline Kael are offered up as the apotheosis of film-critic superstars. But even they were not immune to seductions of the famous and the talented. Kael especially was susceptible to director crushes, championing certain directors (Brian de Palma?!) despite her professed anti-auteur stance.

In independent film circles, which is where I spend the majority of my time, there are subtler ways of being swayed. When a filmmaker presents me with a screener of their precious baby, accompanied by a sad story of selling a kidney or turning street tricks in order to finance their film, I’m stuck. It takes an extremely hard heart to take a mewling scrawny film, made with blood, sweat, and other bodily fluids (but almost no money) and proceed to kick the crap out of it—even if that’s really what I ought to do. Cruel to be kind may be the best thing for everyone involved, but doing it in print can feel like murder by proxy. “Well, it’s not that bad, for a Canadian film,” I find myself thinking in some strange form of affirmative action. But the end result of this process is the example of the film director and his crappy oeuvre with which I began this story. In which case, I have only myself to blame.

Film critics are no longer what they once were. They are few and far between, for one thing. Mostly these days, film has reviewers, who puff and PR them in various media forms. Call them what you will—shills, liars for hire, ink-stained wretches—stuck between pages of advertisements, cramming their ideas and thoughts into word counts that are barely in the double digits.

And filmmakers are often myopic creatures. Like most artists, they don’t see much beyond the borders of their own ego. Everything—and I realize this is something of a sweeping statement, but bear with me for a moment—outside their current film tends to blur into a fuzzy featureless landscape.

That’s why I think filmmakers really need critics, not reviewers, bootlickers, or suck-ups. They need a firm hand, like that of a stern German nanny. An outside voice that will come in and say, “You’re capable of so much more.” Or, “Here is a whole bunch of ideas you should consider.” Or, in certain extreme cases: “You really ought to think about doing something else.”