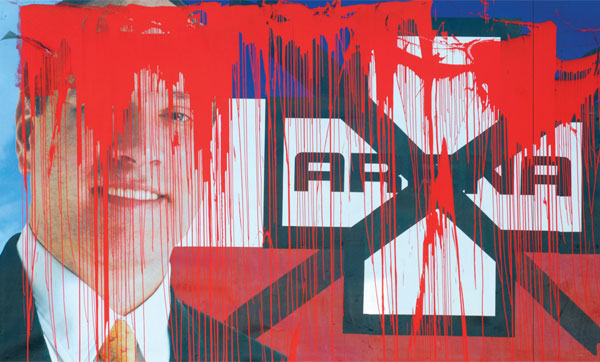 On the night of March 15, 2009, I was surrounded by thousands of celebrating Salvadorans. The first left-wing president, Mauricio Funes of the FMLN, a left-wing political party, had just been elected and San Salvador was erupting into a sea of red.

I had come to El Salvador to work as one of 5,000 election observers. The vote over, I was on the street to show my support for the president-elect, and my relief that the process had gone off without any major conflicts. When wearing my credentials, I had been greeted by Salvadorans with smiles and handshakes. One elderly street vendor pulled a member of my group close and whispered, “Thank god you are here. We don’t want any more trouble.”

In the week preceding election day, my group of 26 people, a third of whom were Salvadorans now living in Canada, met with political groups from the left, right, and centre. Damian Alegria, a member of the leftist FMLN, recounted his harrowing years as a guerrilla fighter in San Salvador. He endured imprisonment, torture, and the disappearances of compatriots while fighting the right-wing ARENA party and its U.S.-funded paramilitary.

Then it was time to visit Adolfo Tórrez, a leader of ARENA, the party formed in 1981 by Roberto D’Aubuisson, a death-squad organizer who had been trained at the School of the Americas. In power since ’89, ARENA’s stranglehold on El Salvador was, with this election, finally being pried open.

My group had to squeeze our way through a parking lot overflowing with shiny sports cars and SUVs to get to ARENA’s San Salvador compound. The room housed standard office furniture but also bizarre items more at home in a teenager’s hangout: hobbyist models of fantasy warriors (Lord of the Rings elves, Roman gladiators), racks of Samurai swords, and a wall of promotional pictures from the movie 300.

Several female members hurriedly brought us bottled water and coffee, while the men mingled, speaking fluent English to the non-Salvadorans, asking our names, our home towns, where we worked, etc. It felt like interrogation in the guise of small talk.

Tórrez was the director-general for the Department of San Salvador. He was a well-tanned, fit man with flashy gold jewelry. His demeanour was casual and familiar, but the whole time we were there, a tall young man circled around, videotaping us. When one of our group asked a question, his camera lens closed in on her and remained there long after she had finished talking. Other ARENA party workers moved amongst us, taking photos from every angle. Tórrez’s smile was as incongruous, and as strangely sinister, as the Smurf toys that sat on a corner desk in front of portraits of D’Aubuisson and Augusto Pinochet.

Still videotaping us, ARENA officials walked us out and shook our hands as we boarded our minivan. They took extra care to thank the Salvadorans of our group. Sitting at the back of our van, I couldn’t help but repeatedly look over my shoulder as we drove away from ARENA. I had the feeling they were watching us for miles.

Like a page from ARENA’s violent history, on July 2, Adolfo Tórrez was found shot in the heart outside his home. Pronounced a suicide, his death cuts short the corruption investigation he was under—and ensures that he takes the party’s secrets with him to the grave.