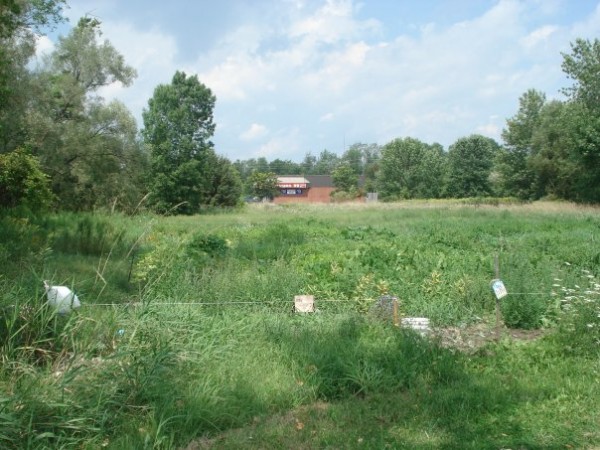 With any legitimate climate work being continually ignored by government, Canadians are growing weary. In tandem with our American friends, we’ve for years been witnessing the leadership void at the federal level being filled by some provincial, state and municipal governments, universities and businesses.

With Earth Hour showing that widespread participation in environmental initiatives is possible, some think the deeper work that needs to be done to meet climate goals will be met by new thinking beginning at the community level.

On Saturday I had the opportunity to hear a presentation from Transition Barrie, one of the latest communities to found a grassroots group dedicated to guiding its town to follow the light at the end of the tunnel of climate crisis, peak oil and economic downturn.

Transition Towns is a new community-based global movement founded in Ireland and England when teacher Rob Hopkins led his students to develop an “Energy Descent Action Plan” for their town. A student brought it to Kinsale, Ireland’s city council, and a plan for energy independence was adopted.

Thirteen communities in Canada now host transition groups, with usual enviro-suspects including Peterborough, Salt Spring Island, Nelson and Guelph. But with citizens of sprawling cities like Barrie and London also getting involved, the movement may have widespread appeal.

Inspired by concepts of permaculture, a system of gardening that designs a permanent, sustainable agriculture, Transition groups are led to relocalize needs and resources while drastically reducing their energy dependence. Filled with peakniks, these groups follow the Transition Towns Handbook’s twelve step program to community organizing, while “backcasting” to imagine the future they want, and determining what they’ll need to get them there.

Although the beginning of the group’s PowerPoint looks the same as any environmental/economic doomsday scenario, it quickly becomes evident that these are positive folks, ready to take on a challenge with their neighbours to create more meaningful, equitable and sustainable livelihoods.

The opposite approach of sometimes aggressive activism by environmentalists or anti-renewable energy folks, Transitionites host town host “unleashings” (rather than group launches), have “heart and soul” subcommittees, and let their organizational goals go with the flow of their members. They want to work with local governments, knowing that fighting complex issues at the community level won’t get them far as inspiring positive change.

The group has a resemblance to the Canadian-based Otesha Project, which has recently been exported to England, perhaps a trade for Transition Towns. Otesha is a youth-based organization which has recently announced that its environmental outreach and better living advice, done through cycling and theatre, has reached 100,000 Canadians over the last few years.

The work being achieved throughout Canadian communities by these organizers leaves Canadians to wonder why Parliament can’t look like this. Why can’t government even for a week not resemble a model of co-operation that strikes the heart of transformational issues faced by the globe?

Let’s hope that Transitionites and Otesha youth become more politicized, while keeping their methods positive—and if it rubs off on our politicians, all the better.