[Editor’s note: Alixandra Gould is attending the 2010 Canadian Water Summit on Thursday, June 17. In advance of that, she interviewed a few of the experts who will be speaking at the event about some of the key issues in current Canadian water policy. Yesterday she contributed a report on the sorry state of water infrastructure in First Nations communities; Today she sends us a Q&A with Tony Maas, national advisor on freshwater policy and planning with WWF-Canada.] 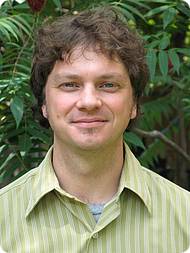 Tony Maas is WWF-Canada’s national advisor on freshwater policy and planning. He will be speaking about how organization can expose, assess, and mitigate their “water risk” at the Canadian Water Summit in Toronto on June 17.

Alixandra Gould: What is the biggest threat facing the health of fresh water in Canada today?

Tony Maas: Just one? A lot of the impact on water resources is very local in nature. But writ large, one factor or challenge that we face, that cuts across anywhere in Canada and the world, is the implications of climate change. Climate change will, in some cases, lead to changes in availability and demand for water. It’s changing the context of water management.

Alixandra Gould: WWF-Canada seeks to reduce demand for fresh water while maintaining strong economies. How exactly do you accomplish that?

Tony Maas: One of the most important ways is by recognizing that money can be made by reducing our use of fresh water — if we’re smart about it. There are a lot of technologies that are based on being more efficient with water resources. Those technologies range from smarter irrigation systems for agriculture to municipal systems where we’re capturing rain water, and systems for treating water quality as well.

Alixandra Gould: You co-authored Changing the Flow: A Blueprint for Federal Action on Freshwater. Can you tell us a bit about that blueprint?

Tony Maas: That blueprint is a very comprehensive look at the many things the federal government can and ought to be doing to complement things at the provincial level where water management is more prominent. But the federal government has some very clear authorities and opportunities to provide for a much more robust water management system across the country. A good example of what the federal government could and should be doing, and seems to me more and more backing away from, is collecting data on water availability and water use. They’re getting a bit better on water use, doing industrial surveys and things like that, but much of the science and monitoring that the fed government used to do is falling by the wayside.

Alixandra Gould: What do you think of charging people more for water? Do you think that would change behavior on a mass scale and create an incentive for people to conserve more?

Tony Maas: Yes, but I don’t think it’s a silver bullet. It’s not qualified. It doesn’t mean that if we raise the price of water everything will be okay. The devil in the details — and it’s not really that devilish at all — is that it’s not about the price necessarily. It’s about how to create the pricing structure to better reflect the value of fresh water. One of the key things is a “life line.” You provide a municipality with a certain amount of water, of good quality, for a very low cost or no cost at all. The first 50-100 litres that come out of your tap each day are free, or very low cost. Then you increase the cost to the user as their water usage rates go up. That’s referred to as an increasing block rate.

Alixandra Gould: Irrigated agriculture accounts for 70 per cent of all water used by humans. How do you reduce the amount of water used on Canadian farms?

Tony Maas: This is one of the things we’re really going to have to bump up against in short order, especially in the breadbasket of this country in the prairies where scarcity this year is a very good example of challenging times. It’s a tiered response. The first is looking to technology — smarter irrigation systems, timed irrigation when it’s required most for the crops to be able to provide a product that’s suitable and desirable for market. The next level of consideration needs to be a bit more forward and must start asking the difficult questions about what are the most productive ways of using the limited water we have available. Of what crops are of higher value that provide a stable, reliable, and reasonable income for farmers that may take less water to grow? Pulse crops in Saskatchewan are being looked at as very valued crops because there’s a growing export market for pulses. That’s lentils and other legumes. They’re being looked at in places like China and India, because their populations are growing beyond their capacity to grow their own. So you may be talking about shifting from irrigating a field of alphalpha to feed to beef as your end product, to shifting more of that to pulse foods that are less water intensive and also provide for good economic opportunities for the economic sector.

Alixandra Gould: It’s your job to advocate WWF-Canada’s positions and perspectives on freshwater in government relations. What have been the biggest challenges you’ve faced?

Tony Maas: At the federal level, there’s largely a hands-off approach. There’s an attitude that it’s not a priority for them. For decades now, the federal government has been deferring to the provinces. What that means is some stuff doesn’t get done because the provinces only have a certain capacity.

Alixandra Gould: Which province has been the most difficult?

Tony Maas: I certainly haven’t advocated governments across the country, but I think there are interesting opportunities right now in B.C. as they go through their water act modernization process. In Ontario, they’re looking at this water opportunities and water conservation act, but the details are still coming. Alberta is certainly a challenging place to work, and it’s been challenging for us. I try to maintain some optimism, but a I do believe that with continuing pressure, particularly when citizens voice their perspectives on this, then we can make moves in ways that reform Alberta water policy that protects water for nature but also provides water for economy.

Alixandra Gould: Beijing aims to reuse 100 percent of its waste water by 2013. Is an effort like this possible in some of Canada’s major cities?

Tony Maas: Well, you’re not talking to an engineer, so I’ll qualify that. So I guess my answer becomes very simple. If a city the scale of Beijing can make that happen, then certainly major cities in Canada could make that happen.

Alixandra Gould: Where should the limited financial resources we have be directed to make the biggest impact possible?

Tony Maas: It depends where you are. In the prairies, the limited resources have to go to looking into how to reform agricultural production in that part of the world, and the water allocation system, in ways that ensure we maintain economic activity but put water back into the South Saskatchewan basin, because it’s dangerously close to drying up. In the great lakes basin, endangered species is one of the greatest concerns.

Alixandra Gould: Peter Gleick of the Pacific Institute in Seattle told National Geographic that we will inevitably solve our water problems. Do you agree?

Tony Maas: You’re making me say I’m an optimist twice in one interview! Yes, I think we will solve it. It’s on us to be pushing our governments to be stepping up. It’s one of the biggest questions of the 21st century.