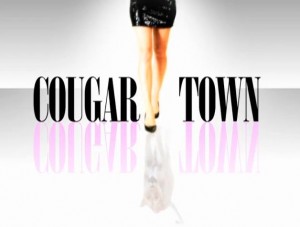 Aside from the fact that single older women have enough stigma to deal with, the “cougar” trend has been a rampant part of pop culture for years now. And while, for some reason, the thought of an older woman dating a younger man draws giggles and raised eyebrows more often than not, up until this point it seemed that “cougars” (yuck!) had nothing to worry about other than public perception.

While it remains a mystery as to why marrying younger men shortens women’s lives, Dr. Drehafl did venture a guess: “One of the few possible explanations is that couples with younger husbands violate social norms and thus suffer from social sanctions,” he said.

I can’t help but wonder who thought this was an issue important enough to be researched in the first place. Do women really need to be concerned about dating an older man for the sake of their health and well-being? And what does this research set out to prove? I know plenty of women dating or married to men younger than themselves. Many of these women are middle-age or older, and many are in fine health. Should they begin fearing for their health and social situation from now on?

When I see articles like this I’m more inclined to think it’s just another way to perpetuate stereotypes surrounding older women—having an older husband will make you happier—without actually looking deeper into issues about mental health or reproductive rights. Now, women are contending with researchers not only on the grounds of their health, but their pride as well. We’re all bombarded with magazine and newspaper articles about sodium, sugar, exercise, heart health, cancer, hair loss, you name it. Older women are especially targeted in this way. Should younger men be something we just strike off the list of options?

But of course, numbers are proof as this research will tell you. So if the early death of women married to younger men is true, what does that prove? That it’s bad, and should be avoided? That women should proceed at their own risk? I don’t think it proves anything – other than the fact that perhaps our researchers are bored. Surely there are oodles of issues more important to research than ones that boost stereotypes. As this blog post from Maisonneuve says: Give cougar a rest.