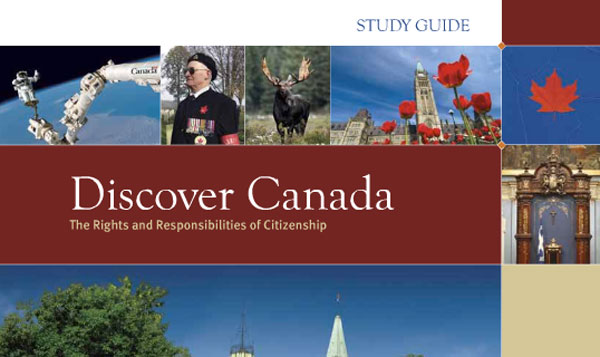 When the new study guide for immigrants applying for Canadian citizenship was published last November, a reporter asked Citizenship and Immigration Minister Jason Kenney why there was no mention of Canada’s world-leading (but still-in-progress!) record on equal rights for gay and lesbian people. Here’s what Kenney said:

“We can’t mention every legal decision, every policy of the government of Canada.” […] “We try to be inclusive and include a summary. I can tell you that if you were to read the old book, you wouldn’t even know that there are gay and lesbian Canadians.”

You understand, of course: in a 63-page guide that explains why there’s a beaver on the nickel and the origins of the Grey Cup, it was simply too crowded to work in any mention of a landmark Canadian freedom that almost no other country on earth has implemented.

But the truth will, uh, out, and in this case, the Canadan Press reported yesterday that the original draft of the guide included three references Canada’s gay-rights record: the 1969 “out of the bedroom” law; the Charter barring discrimination based on sexual orientation; and the legalization of same-sex marriage in 2005. All three  found themselves at the business end of Minister Kenney’s red pen.

But Mr. Kenney, who fought same-sex marriage when it was debated in Parliament, ordered those key sections removed when his office sent its comments to the department last June.

Senior department officials duly cut out the material — but made a last-ditch plea with Mr. Kenney in early August to have it reinstated.

The compromised second draft strikes again. Adding insult to injury — or maybe coverup to crime — it also appears that after national LGBT lobbyist Egale inquired about the no-homo study guide last fall, Kenney told them their concerns were simply “overlooked.” Surprise! Not the case.

So, welcome to Canada, where we have one constitutional monarch, two official languages, and you only get three downs. But just in the interest of truth in advertising: if you want an all-hetero paradise, you’ve got other options.

After the jump, a video from Current.com explaining the “no-homo” phenomenon.