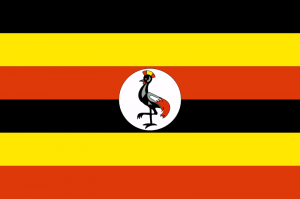 Uganda may soon follow Nigeria in making homosexuality an offense punishable by death. The proposed legislation was apparently sparked by a visit from American members of the ex-gay movement, who believe homosexuality can be cured through therapy. Most of these groups though have since denounced the bill, which is perhaps a mark of how extreme it is. (The list of crimes introduced in the text include “attempted homosexuality,” which is almost funny until you realize it carries a sentence of seven years.

The bill hasn’t seen as much press coverage as you might expect, but it has spawned some headlines I hope never to see again. The BBC wins the prize for most alarming, with “Should homosexuals be executed?” as if the prospect was merely thought-provoking and ripe for discussion.

The headline, from a post on the BBC website, actually turns out to be part of a show broadcast on the BBC World Service called Have Your Say. The episode—which aired on Wednesday and is still available online)—makes for powerful listening. A woman calls in from Zambia to say she can’t understand how a female can look at another female in a sexual way. When the host presses her on whether she would actually support the death penalty for doing so, she says, “Being executed for being something sinful, it’s okay.” From her tone of voice as she utters those final two words you could easily imagine she was talking about a vegetable she doesn’t like, but that she’d be willing to eat if it ended up on her plate.

The debate over this bill should be a warning to every casual homophobe the world over: this is where revulsion for your fellow man leads you. This is what happens when communities let their intolerance go unchecked, when governments refuse to step in to defend the rights of minorities. And let’s be clear: this bill would government-stamp the elimination of a group of people based on a particular attribute. We have a word for that: it’s genocide.

The death penalty is something you advocate for a person whom you believe cannot be saved. The kind of hatred that inspires a person to call a radio show and say, “Gay people don’t deserve to live” does not come from the mere belief that a single act of same-sex intimacy is immoral. It comes from a belief that committing that act transforms you into something irredeemably other and unfit for society.

The ex-gay ministries whose efforts in Uganda gave rise to this bill have denounced it because they believe that gay people can be saved. But the bill is only the ministries’ basic premise taken to its logical conclusion. If you preach that being gay is grievously sinful, but you fail to convince your listeners that rehabilitation is effective, or if those “rehabilitation” attempts fail, it’s not hard to see how we end up here. Several people who call into the show to support the bill justify their position by claiming that that being gay is not a necessary attribute. The ex-gay movement needs to take their share of the responsibility for that.

I try not to get too involved in the question of whether queerness is innate, because in asking it we generally assume that being gay is abnormal. But it clearly matters in this case. A reaction as extreme as the death penalty speaks to a belief on the part of its advocates that gay people are fundamentally unlike them, that they are a species apart. That is what makes it genocide. And all we can hope for at this point is that, when the bill is debated in the Ugandan parliament tomorrow, the members recognize it as such.