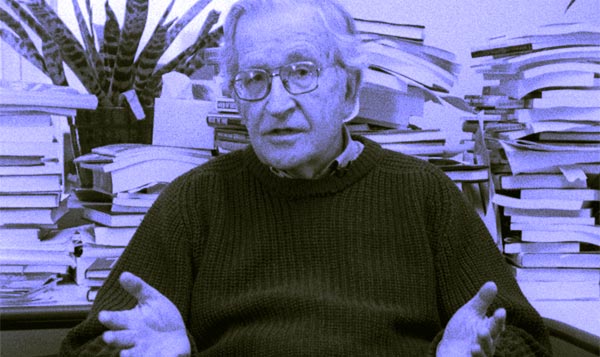 If ever there was a conspiracy theory that had every likelihood of being true, it’s that a shadowy cabal of billionaires are meeting at some remote location in the Swiss Alps (perhaps the Hotel Mont Pelerin, or the latest Bilderberg stronghold) to plot how to most effectively screw the rest of the world. Michael Moore’s new film Capitalism: A Love Story may have garnered the most attention this season for taking aim at the secret practices and predations of the super wealthy, but recently, an entire swathe of films has appeared that shine the light on the moneyed elite and their economic empire.

Erwin Wagenhofer’s Let’s Make Money, Leslie Cockburn’s American Casino, Renzo Martens’ Episode 3—Enjoy Poverty, Kevin Stocklin’s We All Fall Down, and Richard Brouillette’s three hour epic Encirclement: Neo-Liberalism Ensnares Democracy have all been released within the past year, and have popped up at film festivals around the globe.

Although this glut might appear to be a reaction to the current global money meltdown, many of the films were many years in the making—especially Brouillette’s, which took more than 12 years to create. That they should all should emerge roughly at the same time is serendipitous. (Or maybe it speaks to some even larger invisible hand at work.)

The one percent (or less) of the population that comprise the wealthiest demographic on the planet are different from the rest of us. Perhaps, much like the poor, they’ve always been with us, but never before in the history of human society has the entire collected wealth of the world, been so densely concentrated. How exactly did it come to be?

It may a simple enough question, but the answers are Byzantine in their complexity. There is simply too much to know, too many details filling the air with smoke and flying pieces of paper.

Nowhere is this more evident than in Brouillette’s film Encirclement, which is not even really so much a film as a lecture series. Even the title sounds like a treatise. All the same, if you can keep your eyes propped open, it may be one of the most chilling films in recent memory.

The film is divided into chapters, which is actually the best way to watch it. Take in some information, then go have a cup of tea before you dive back into dense stuff like “Chapter 8: Neo-Liberalism or Neo-Colonialism? Strong-Arm Tactics of the Financial Markets,” in which Noam Chomsky demonstrates the ability of financial power brokers to make global political decisions.

As the varied talking heads lay out exactly how neo-liberalism sacrificed public good for private profit and economic meltdown resulted, a shadow world is revealed in which real power, pooled in liquidities and off-shore reserves, is massaged and manipulated by an army of financiers, analysts, and grey-suited think-tanks. This shadow government surpasses all borders and agencies, and ultimately serves only one master. If you were about to say Satan, you’re not far wrong. It’s the bottom line.

The one thing watching all of these films en masse can do is at least clear up any residual or lingering uncertainty about “us” and “them.” The rich are definitely out to get us, and they have the means (be it private security firms, or the entire American army) and the methodology (untaxable offshore bank accounts housed in the Isle of Guernsey) to do it.

But against such a gargantuan world-eating monstrosity, what can one possibly do, except—as in a bear attack—roll over and play dead?

I wish I had better answers, but after plowing through three hours of Encirclement, I felt utterly outflanked, outgunned and outmaneuvered. I’m sure most people would feel the same. The film does not end on an upbeat note; rather, the completeness of its argument squelches hope of resistance.

But before we collectively offer up our soft underbellies to the devouring maw, stop and think. Brouillette’s own stated intent for his documentary was to make “A film about mind-control, brainwashing, ideological conformism; about the omnipresent irrefutability of a new monotheism, with its engraved commandments, burning bushes and golden calves.”

Which all sounds rather biblical, but in the war against Mammon, perhaps, the symbolism is apt. The sense of religious convergence is similar to that of the conspiracy theory. The moment when you step over from denial to acceptance, and begin to believe that there is a bigger truth out there, everything shifts. In this guerrilla campaign, information is a weapon.

Documentaries, bless their stubborn contrary hearts, continue to be one of the few media forms that still squeak and squawk. Everything else has pretty much been bought up, silenced or infantilized into blithering stupidity (yes, I’m looking at you, mainstream media). Arm yourself with facts and arguments. Don’t trust anyone, especially not a man in a suit. Bankers, brokers, or real estate agents, are all in on it.

There’s a reason they call it free thinking. It may be the last free thing around.